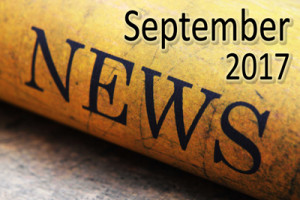 The media has been covering the story of some people who met in Charlottesville to protest the removing of a Confederate statue. The first question we should probably ask is,Ã‚Â so what?Ã‚Â Let them protest. Protest is good. We do not all think with total conformity in this world. It is okay for people to have different opinions. Matter of fact, differing opinions will either motivate you to search things out and strengthen what you already believe, or they will convince you to move over and join the other side.

Truthfully, this rally in Charlottesville was a non-story. These folks gathered together every year during the previous administration, but no one mentioned it much at all. So it makes you wonder if this controversy was somehow manufactured, especially when it seems the police in Charlottesville were standing down as people beat each other senseless. All it took was for Antifa to show up, and then everything began to change.

Antifa has beenÃ‚Â previously known as theÃ‚Â Black Bloc.Ã‚Â Other terms used for this movement areÃ‚Â anarchistsÃ‚Â or theÃ‚Â alt-left.Ã‚Â Ã¢â‚¬Å“AÃ‚Â black blocÃ‚Â is a name given to groups of protesters who wear black clothing, scarves, sunglasses, ski masks, motorcycle helmets with padding, or other face-concealing and face-protecting items. The clothing is used to conceal marchers’ identities, and hinder criminal prosecution, by making it difficult to distinguish between participants.Ã¢â‚¬Â Ã‚Â https://en.wikipedia.org/wiki/Black_bloc

What these folks are really doing is shutting down the freedom to assemble and the freedom to speak their viewpoints. Yes, people are allowed to have hateful ideology. Yes, people are allowed to have viewpoints that are repulsive. Yes, they have every legal right to express those opinions in a public forum. The First AmendmentÃ¢â‚¬â€not the Second, the Fourth, or the TenthÃ¢â‚¬â€but the very First Amendment of all the Amendments says:

Ã¢â‚¬Å“Congress shall make no law respecting an establishment of religion, or prohibiting the free exercise thereof; or abridging the freedom of speech, or of the press; or the right of the people peaceably to assemble, and to petition the Government for a redress of grievances.Ã¢â‚¬Â

Do we really want corporations or the government determining what kind of speech we can and canÃ¢â‚¬â„¢t have? Do we really want the alt-left in control of our country? Corporations are now taking down websites they do not agree with. They are currently expunging white supremacist sites from the Internet. This is no different than book burning. What is okay today may not be okay tomorrow. Ã‚Â And if they successfully label Christians as racists or bigots to throw us into the hate-group category, which the alt-left is working hard to do, then don’t be surprised if they censor us, too.

So when the tide turns and the thought police make it illegal to say there is only way one to Heaven through the blood of Jesus Christ, what are you going to do then? The key is to stand up for free speech now, so it will last long into the future of America.

Matter of fact, I was witnessing one time at a public event when some white supremacists showed up to hand out their literature. The police came over to chat with me and let me know that if those guys caused any trouble, they would get rid of them. Always get to know the police when you are out and about. Say hi to them. Talk to them. Witness to them. I have had police officers ask me, Ã¢â‚¬Å“Where have you been? We havenÃ¢â‚¬â„¢t seen you in a while!Ã¢â‚¬Â

Now, I didnÃ¢â‚¬â„¢t want them to get rid of those guys. I already knew their ideas will never win out. Let them spew their hatred. It wonÃ¢â‚¬â„¢t survive in the end. Those guys only lasted about an hour out there in the heat that day. They donÃ¢â‚¬â„¢t have the stamina that Christians have!

So letÃ¢â‚¬â„¢s say we remove all the statues that offend people. Goodness. It seems like everyone is offended today over something. LetÃ¢â‚¬â„¢s say that somehow, the statues are all gone. What does that do for our society? If someone is racist and we remove all of these statues, guess what? They are still racist!! Nothing has changed. Their heart is still deceitfully wicked. They need a heart change by Jesus Christ and nothing else.

Remember, many times, the human condition wants to doÃ‚Â somethingÃ‚Â so people can feel good about themselves. They want to feel like they did something. So they got one statue taken down. ItÃ¢â‚¬â„¢s like the people who texted after Hurricane Harvey, and then, $10 was automatically donated to the Red Cross. They didÃ‚Â something,Ã‚Â even though the Red Cross is one of the worst organizations to donate money to!

“How the Red Cross Raised Half a Billion Dollars for Haiti Ã‚Â­and Built Six Homes” (https://www.propublica.org/article/how-the-red-cross-raised-half-a-billion-dollars-for-haiti-and-built-6-homes?utm_campaign=sprout&utm_medium=social&utm_source=twitter&utm_content=1504120336)

“Red Cross: How We Spent Sandy Money Is a ‘Trade Secret'”Ã‚Â (https://www.propublica.org/article/red-cross-how-we-spent-sandy-money-is-a-trade-secret?utm_campaign=sprout&utm_medium=social&utm_source=twitter&utm_content=1476459583)

But fighting against racists or creating a race war plays right into the hands of the leftists and Lucifer. His hatred for mankind is amazing.

And since everyone is made in GodÃ¢â‚¬â„¢s image, everyone is very special to the Most High God!

Ã¢â‚¬Å“And God said, Let us make man in our image, after our likeness: and let them have dominion over the fish of the sea, and over the fowl of the air, and over the cattle, and over all the earth, and over every creeping thing that creepeth upon the earth.Ã¢â‚¬Â

If you believe Genesis 1, and you had better believe it if you are born again, there is only one raceÃ¢â‚¬â€the human race. That is it. So these people are just fighting against themselves. Nothing more and nothing less, yet people canÃ¢â‚¬â„¢t see it.

Ã¢â‚¬Å“And he said unto them, Ye know how that it is an unlawful thing for a man that is a Jew to keep company, or come unto one of another nation; but God hath shewed me that I should not call any man common or unclean.Ã¢â‚¬Â

Ã¢â‚¬Å“And hath made of one blood all nations of men for to dwell on all the face of the earth, and hath determined the times before appointed, and the bounds of their habitation;Ã¢â‚¬Â

Ã¢â‚¬Å“Judge not according to the appearance, but judge righteous judgment.Ã¢â‚¬Â

Also, if you want to find out if someone is a racist, donÃ¢â‚¬â„¢t listen to the media! They have an agenda, whether you believe that or not. Ã‚Â A news story where 1,000 protesters are out of control works perfectly for steering public opinion in the direction they want to take this country. The best thing to do is to talk with people who have first-hand knowledge of the situation. Who know the person involved. Talk to their employees. Talk to their next-door neighbors. Find out what they have to say. You might just find that the real story is the complete opposite from what the media and leftists are trying to shove down our throats.

Always remember that when someone plays the race card, they are dealing from the bottom of the deck. It shows they have no argument. They throw this card on the table because name-calling is their last, and many times, only resort. It also typically means the person they hurl the insult at isnÃ¢â‚¬â„¢t a racist! This card is all they have left to play because their hand of arguments is empty. They canÃ¢â‚¬â„¢t win the day.

So what is the antidote for hate speech? More speech! Take your ideas to the marketplace. Paul went to Mars Hill to give strong voice to the truth of Jesus Christ in the hearing of those who were not saved. Saturate your city with truth. Truth spoken in love always wins. You will realize how true that is the moment you see Jesus face to face.

So are the leftists going to win? Is Lucifer going to win? Which narrative are you going to believe? But maybe the real question is what are you going to do to make sure biblical truth wins in your family, church, city, state, and country?Ã‚Â  Stand up and speak up. Give out truth, explain truth, uphold truth, and defend truth. DonÃ¢â‚¬â„¢t give in to being quiet. A silent majority may soon become a silenced minority.