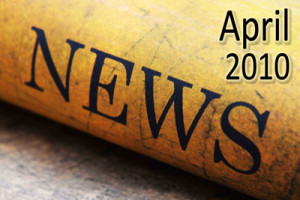 Do Devils Speak Louder Than You?

Devils are a very real in the Bible:

Ã¢â‚¬Å“And they shall no more offer their sacrifices unto devils, after whom they have gone a whoring. This shall be a statute for ever unto them throughout their generations.Ã¢â‚¬Â

Interesting word usage here in the King James translation: Ã¢â‚¬Ëœgoing a whoring.Ã¢â‚¬â„¢ That is not a word anyone would want to be called, but it is what God considers those who are sacrificing and chasing after other gods to be doing.

Ã¢â‚¬Å“They sacrificed unto devils, not to God; to gods whom they knew not, to new gods that came newly up, whom your fathers feared not.Ã¢â‚¬Â

There are truly only two gods in this world: the god of this world, Satan, and the God who created this world!!

You can be rest assured that abortion is sacrificing to the god of this world, the god of self, the god of convenience, etc. It does not escape the eyes of God.

Yes, people can be and are possessed by devils. Do not be fooled by the lies of people who say everything is a psychological issue. It is demon possession for some.

Ã¢â‚¬Å“And when he was come to the other side into the country of the Gergesenes, there met him two possessed with devils, coming out of the tombs, exceeding fierce, so that no man might pass by that way. And, behold, they cried out, saying, What have we to do with thee, Jesus, thou Son of God? art thou come hither to torment us before the time? And there was a good way off from them an herd of many swine feeding. So the devils besought him, saying, If thou cast us out, suffer us to go away into the herd of swine. And he said unto them, Go. And when they were come out, they went into the herd of swine: and, behold, the whole herd of swine ran violently down a steep place into the sea, and perished in the waters.Ã¢â‚¬Â

The devils know exactly who the Son of God is. Do you?

I have a talk on my website called Demons and Angels. You can find it here at:

Or listen to it here at:

Ã‚Â I go through different encounters that people have had with demons and angels. It is pretty fascinating.

Ã¢â‚¬Å“And he healed many that were sick of divers diseases, and cast out many devils; and suffered not the devils to speak, because they knew him.Ã¢â‚¬Â

Ã¢â‚¬Å“And in the synagogue there was a man, which had a spirit of an unclean devil, and cried out with a loud voice, Saying, Let us alone; what have we to do with thee, thou Jesus of Nazareth? art thou come to destroy us? I know thee who thou art; the Holy One of God. And Jesus rebuked him, saying, Hold thy peace, and come out of him. And when the devil had thrown him in the midst, he came out of him, and hurt him not.Ã¢â‚¬Â

And verse 41 of that same chapter states,

Ã¢â‚¬Å“And devils also came out of many, crying out, and saying, Thou art Christ the Son of God. And he rebuking them suffered them not to speak: for they knew that he was Christ.Ã¢â‚¬Â

But one thing that got me thinking is that these devils are publicly proclaiming the name of Jesus Christ. They speak His name very loudly. They are saying His name very loudly in a Synagogue of all places! What got me thinking is why are devils bolder in saying the name of Jesus than some Christians that I know? We are supposed to proclaim Jesus Christ crucified and never be ashamed of it!

A man told me one day that he makes sure he says the name of Jesus to at least seven people a day. He wants to make sure that he is proclaiming His name above all other names.

When I ride my bike here in town, I carry tracts with me and my money bag. So I will stop along the way and chat with people (it gives me a good reason to rest!). I have had some very interesting conversations and have even heard back from people that I had given a tract to. When I ride my bike past folks, I will say things like, Ã¢â‚¬Å“Trust Jesus.Ã¢â‚¬Â I want to make sure that demons arenÃ¢â‚¬â„¢t saying that name more than I am.

On a plane flight recently, I sat next to a helicopter pilot from the Air Force. He was just returning from Afghanistan after another tour there. He told me that one time, he crash-landed a helicopter, and the whole thing burned up and melted in about two minutes! As we were talking about life and death, I asked him if he thought he was a good person. His response was affirmative. People love to proclaim their own goodness. I was glad I was able to take him through the Law and explain the real Jesus to him.

God gave me a great time speaking at Northern Iowa recently! For two of my messages in the area, some people from the Freethinkers or the Freethought group came to listen. After one of the events, I had a nice exchange of truth with about six or seven of them. They were all very friendly. One thing that struck me though is that one of their leaders told me he went around to different Christian groups and asked if some of them would come to their Freethinkers meetings. These meetings are mostly comprised of atheists and agnostics. He said what struck him was that few if any Christians would ever take him up on the offer. Listen to me Christians, go to those meetings! So what if you canÃ¢â‚¬â„¢t answer every question? That is not the criteria for standing up for God. Go there and let your light shine before men. Your job is to proclaim Christ crucified. Demons have spoken long enough in their lives. It is time that we speak boldly and lovingly with them.

I met a Christian guy one time that joined the Atheist Association at Texas A&M! The atheists really liked him. He was a great guy who would stand up for Jesus. They respected him a lot for the stand that he made. That man is definitely GodÃ¢â‚¬â„¢s kind of man!!

I had a very interesting conversation with the manager of a restaurant recently. He was molested by a camp director as a kid. He brought the charges against the man and had to testify in court against him. He then told me that his current wifeÃ¢â‚¬â„¢s former husband had shot and killed her eight year old son and then committed suicide. We chatted for a while. When he walked away from the table, I had tears in my eyes. I just sat there and thought about how my life is so simple. Some days I think I have problems, but compared to this man, I have the most blessed life imaginable. DonÃ¢â‚¬â„¢t you think the demons have spoken enough into his life? We had a great conversation about Jesus. I am so glad that God brought me to that restaurant that evening.

Take a look around you. Look at the world that we live in. DonÃ¢â‚¬â„¢t you think that the devils in this world have spoken enough? Our world is full of wretched sin. It is time to proclaim the Biblical Jesus to as many people as we can. Make sure when you take your last breath that the devils have not been bolder about proclaiming the name of Jesus than you have.

P.S. One thing I like is a good idea that gets us out where the masses are to reach the lost. I found one called Prayer Stop: http://www.prayerstop.org/index.shtml

You can set up a kiosk in so many places like college campuses, bus stops, NASCAR races, etc. to engage people in conversation. Here is a video clip of people in action using Prayer Stop: http://www.youtube.com/watch?v=zdI6pQepQ-U&feature=related

People who are doing this are saying so many people will stop for free prayer! And then you get a great opportunity to talk with someone and plant a seed about our Lord. Click on the link above, and check it out!