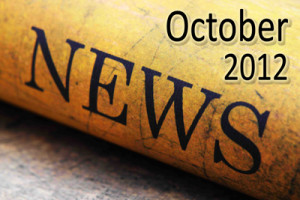 As you know, I enjoy nothing more than talking to the lost. I just love the give and take and seeing where the conversations go.

One of the reasons it is exciting to have conversations with people is that they have the ability to reason. God has given that to each one of us. We can think. And since we can think, we can think about the things of God.

Recently, at a big arts and crafts festival in Atlanta, I had a great talk with a Jewish man named Iddo. He is actually from Haifa, Israel, and had flown over to see his cousin along with another relative. The three of us had an interesting conversation. When we ended up talking about who the Messiah was, they were intrigued. They had been taught that Jesus is not the Messiah, but I explained that you donÃ¢â‚¬â„¢t have to trust everything a Rabbi says, and you can go to the Word of God, and it will tell you who He is. They were very friendly and said they would read everything that I gave them! Praise the Lord!!

One thing you can ask any Jewish person is if they know what the Jewish riddle is. They always say no!

Ã¢â‚¬Å“Who hath ascended up into heaven, or descended? who hath gathered the wind in his fists? who hath bound the waters in a garment? who hath established all the ends of the earth? what is his name, and what is his sonÃ¢â‚¬â„¢s name, if thou canst tell?Ã¢â‚¬Â

As you walk through that list of questions with them, God is the answer to each one, until of course, you get to the last one! It says right in the Jewish Scriptures that God had a Son! There is really no way of getting around it. Jesus is the answer to the riddle. So it is a great seed to plant in their head. It really makes them think.

This is also a good verse to use with Muslims. They have been taught that Allah had no Son. So when you show them this verse, it specifically talks about the Son of God. Usually their comeback is that the Bible has been tampered with. They have been told repeatedly that it has been changed, so you cannot trust it. A good question to ask them is, Ã¢â‚¬ËœWhat part of the Bible has been changed?Ã¢â‚¬â„¢ And of course, they never know the answer to that! Satan doesnÃ¢â‚¬â„¢t care how foolish of a position one has as long as they donÃ¢â‚¬â„¢t repent and believe in the Biblical Jesus.

I met another Jewish guy, Alex, at Brown University when I was walking around witnessing. He didnÃ¢â‚¬â„¢t believe in God and was more of a cultural Jew. You will hear that a lot. He celebrates the holidays, but that is about it. A good thing to bring up to people like that is that the Jewish holidays all have religious significance! You really cannot separate the two.

When I was speaking in Florida recently, I saw a man who was sitting in his car with his window up. So I went over and knocked on his window! That is kind of fun! Try it sometime. When he rolled it down, I said, Ã¢â‚¬ËœDid you get one of these?Ã¢â‚¬â„¢ as I handed him a gospel tract. He said, Ã¢â‚¬Å“Is it religious?Ã¢â‚¬Â I responded, Ã¢â‚¬Å“No, it is about Jesus!Ã¢â‚¬Â He smiled and said, Ã¢â‚¬ËœNo thanks, I am Jewish. I have the real thing.Ã¢â‚¬Â Then he started rolling the window up, so I put my hand on it to try and stop it. It didnÃ¢â‚¬â„¢t work very well! But wait just a minute: If he had the real thing, why didnÃ¢â‚¬â„¢t he tell me? Why didnÃ¢â‚¬â„¢t he witness to me if he is so assured that he has got the real thing? ItÃ¢â‚¬â„¢s easy to ask that question about this man, but letÃ¢â‚¬â„¢s turn it around to ourselves: If we believe we have the right answer, and that real thing in Jesus, are we telling anybody? As a matter of fact, we should be telling everybody! If you are born again, never behave like that man who thought he was keeping the Ã¢â‚¬Ëœreal thingÃ¢â‚¬â„¢ to himself.

At the same arts and crafts festival I mentioned earlier, the head police officer pulled me aside and wanted to talk with me. He said that two Jewish people complained about me (these are different people than the previous story), and said that I cursed them out! Now the backstory here is that I have had some issues with this police officer in the past. He has tried to run me off, but I know my rights and stand my ground. We have since become very cordial, and he is waiting to see me when I come to the festival every year! One time, some white supremacists were handing out literature as well, and the police officer pulled me aside and said that if those guys gave me any trouble that he would run them off! So now he was sticking up for me! Of course, I didnÃ¢â‚¬â„¢t want those guys run off. Everyone has the right to stand up for their opinion and distribute their literature. Once they take it away from one of us, they will take it away from all of us.

So I asked the officer, Ã¢â‚¬Å“Do you really think I said that?Ã¢â‚¬Â His response: Ã¢â‚¬Å“No, I donÃ¢â‚¬â„¢t.Ã¢â‚¬Â One of the reasons it is important to be at events a lot is that folks get to see you more than once. So they get to see your character. They get to see if you both talk and walk your faith. God will use that in a huge way in peopleÃ¢â‚¬â„¢s lives. So even though that officer is not born again, he does not think I would curse those folks out. Of course the truth of the story is that they cursed me out! They hated Jesus and werenÃ¢â‚¬â„¢t ashamed to say so. They then went and tried to get me in trouble by lying to a police officer. Nice try, Satan! DidnÃ¢â‚¬â„¢t work this time.

So remember as you reason with people and you speak the truth in love to them, make them think about the answer to the Jewish Riddle. And His name is Jesus!!

P.S. We are so excited that The Watchmen is now out in paperback! It was a lot of work putting it together, but we have gotten some really neat feedback. Here is a quote from a pastorÃ¢â‚¬â„¢s wife on the book:

Ã¢â‚¬Å“I think every Bible college should throw away those 300-page hard-cover evangelism books, pass out The Watchmen book to each student, read it aloud in class on Monday, spend Wednesday and Friday out on the streets practicing what they learned in the chapter on Monday, and grade them according to how much fun they had!!!! Period!!!!!Ã¢â‚¬Â

If you havenÃ¢â‚¬â„¢t picked up a copy for you or your friends, you can pick them up by clicking right here.

Keep blowing the trumpet loud and clear in the days.