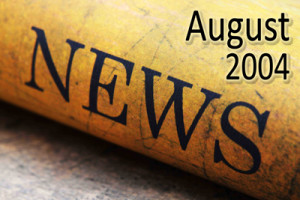 Ã¢â‚¬Å“And the Lord said, Simon, Simon, behold, Satan hath desired to have you, that he may sift you as wheat:

But I have prayed for thee, that thy faith fail not: and when thou art converted, strengthen thy brethren.Ã¢â‚¬Â

IÃ¢â‚¬â„¢ve been reading a book called The Heavenly Man, about a house church leader in China. Brother Yun was such a bold man of God who had won many souls to Jesus Christ. Although he spent many years in jail and endured a lot of torture, he stood strong. He often fasted and prayed. When he prayed for a Bible, which is in short supply over there, he got one.

During one of his stays in prison, as other Christians were arrested for their faith, the authorities would try to force them to divulge the names of other believers. When one of the Christians did that, Brother Yun pulled the guy aside and admonished him. He said, Ã¢â‚¬Å“DONÃ¢â‚¬â„¢T LET SATAN WIN!Ã¢â‚¬Â He told him to repent of what he said and not let Satan have a foothold in his life again. What a great piece of advice: DONÃ¢â‚¬â„¢T LET SATAN WIN!

I travel to Colorado Springs a lot to speak at Summit Ministries. When I was at the Colorado Springs airport recently, I was handing out tract booklets. I turned a corner and handed a tract to Shirley Dobson who was sitting next to her husband, Dr. James Dobson! He was on the phone, so I talked with Shirley a little bit. Just then a police officer walked up holding two tracts that I had handed to someone. He undoubtedly had a complaint about me handing out tracts. Dr. Dobson, thinking the officer wanted to talk with him, asked if he could help him out. Little did he know he was there for me! Dr. Dobson and I ended up speaking for a few minutes. Then I turned around and walked away with the police officer.

He told me that he had a complaint about me handing out tracts. I mentioned that a couple of years ago I had been asked to stop handing out tracts at that airport. He said, Ã¢â‚¬Å“I was the officer you dealt with!Ã¢â‚¬Â Two years ago when that officer and the head of the airport told me that I could not distribute tracts, I informed them that it was legal in every airport in America to hand out religious literature. I had a Christian lawyer call the head of the airport, who called the city attorney to verify what they were told, and the city attorney confirmed that they had to leave me alone! That was two years ago, but this officer was still trying to stop me. As we got to my gate, I told him that I had to board my plane. He said, Ã¢â‚¬Å“Well, we have no reason to hold you.Ã¢â‚¬Â What an amazing world we live in. DONÃ¢â‚¬â„¢T LET SATAN WIN! Stand up for what you believe and donÃ¢â‚¬â„¢t back down.

We tend to love sports here in America. This is a big time for sports. The Olympics is starting. Baseball is heating up. The U.S. Open in tennis is right around the corner. Football is about to come back on the main stage. One of the biggest events that occurred recently was the Tour de France. It just ended with Lance Armstrong winning his sixth yellow jersey. That has never been done before, and is truly an amazing human feat. Read what Lance Armstrong wrote in his book, It Is Not About the Bike:

The night before brain surgery, I thought about death. I searched out my larger values, and I asked myself, if I was going to die, did I want to do it fighting and clawing or in peaceful surrender? What sort of character did I hope to show? Was I content with myself and what I had done with my life so far? I decided that I was essentially a good person, although I could have been betterÃ¢â‚¬â€but at the same time I understood that the cancer didnÃ¢â‚¬â„¢t care.

I asked myself what I believed. I had never prayed a lot. I hoped hard, I wished hard, but I didnÃ¢â‚¬â„¢t pray. I had developed a certain distrust of organized religion growing up, but I felt I had the capacity to be a spiritual person, and to hold some fervent beliefs. Quite simply, I believed I had a responsibility to be a good person, and that meant fair, honest, hardworking, and honorable. If I did that, if I was good to my family, true to my friends, if I gave back to my community or to some cause, if I wasnÃ¢â‚¬â„¢t a liar, a cheat, or a thief, then I believed that should be enough. At the end of the day, if there was indeed some Body or presence standing there to judge me, I hoped I would be judged on whether I had lived a true life, not on whether I believed in a certain book, or whether IÃ¢â‚¬â„¢d been baptized. If there was indeed a God at the end of my days, I hoped he didnÃ¢â‚¬â„¢t say, Ã¢â‚¬Å“But you were never a Christian, so youÃ¢â‚¬â„¢re going the other way from heaven.Ã¢â‚¬Â If so, I was going to reply, Ã¢â‚¬Å“You know what? YouÃ¢â‚¬â„¢re right. Fine.Ã¢â‚¬Â (pp. 112-113)

God is in the business of getting peopleÃ¢â‚¬â„¢s attention. But so many times, we just choose our own path and not His. All the yellow jerseys in the world canÃ¢â‚¬â„¢t get you to heaven. Satan has won in Lance ArmstrongÃ¢â‚¬â„¢s life. But he has only won to this point. Please pray for Lance to realize he has broken those Ten Commandments and he needs a Savior. Prayer works. LetÃ¢â‚¬â„¢s not let Satan win in his life.

Please be in prayer for a TV show I am appearing on this month. Pray that the right audience will be listening and be receptive to the truth that will be spoken. Also be praying for athletes at the Olympics and the many people who will be witnessing over there for the eternal truth of the cross of Jesus Christ.

Satan is seemingly winning on many fronts in our world. Make sure of one thing in your life: DONÃ¢â‚¬â„¢T LET SATAN WIN!!!