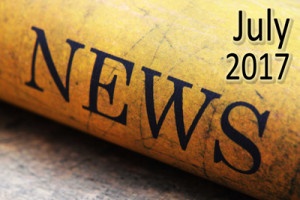 When this video came out in June, it was all the rage. Everyone was talking about it. So letÃ¢â‚¬â„¢s look at it once again. I want you to focus in on what Senator Bernie Sanders says, but donÃ¢â‚¬â„¢t stop there; pay attention to the answers Russell Vought gives as well. Listen very closely to hear how he responds under fire:

Ã¢â‚¬Å“A sitting senator just acted in direct violation of the United States Constitution to attack a Trump nominee for the White House Budget Committee Ã¢â‚¬â€ but because Sanders is liberal, the mainstream media hasnÃ¢â‚¬â„¢t said a word.

Ã¢â‚¬Å“At a confirmation hearing for TrumpÃ¢â‚¬â„¢s deputy budget director nominee Russell Vought, Sanders went on the attack over a 2016 blog post where Vought defended his Christian faith as theologically separate from Islam.

Ã¢â‚¬Å“Last year, Vought wrote on the conservative website The Resurgent on the difference between Christian salvation and Islamic theology: Ã¢â‚¬ËœThis is the fundamental problem. Muslims do not simply have a deficient theology. They do not know God because they have rejected Jesus Christ his Son, and they stand condemned.Ã¢â‚¬â„¢

Further down in the same article, it says:

Ã¢â‚¬Å“Religious tests are expressly forbidden in the U.S. Constitution.

Ã¢â‚¬Å“Sen. James Lankford warned that SandersÃ¢â‚¬â„¢ comments were Ã¢â‚¬Ëœdangerously close to crossing a clear constitutional line for how we evaluate qualifications for public service.Ã¢â‚¬â„¢

Ã¢â‚¬Å“Ã¢â‚¬ËœThe First Amendment is crystal clear that the federal government must protect every AmericanÃ¢â‚¬â„¢s right to the peaceful and free exercise of religion,Ã¢â‚¬â„¢ the Oklahoma Republican said. Ã¢â‚¬ËœWe cannot say we have the free exercise of religion and also require people to practice their faith only in a way that government officials prefer.Ã¢â‚¬â„¢Ã¢â‚¬Â

Now when this event occurred, you might not have heard much about it. It was so quiet in the media that you could only hear crickets.. One of their heroes took a 100 percent unconstitutional stand, and no one seemed to care. One reason is that at the momentÃ¢â‚¬â€and probably all the way until the return of Jesus ChristÃ¢â‚¬â€Christians are fair game. Say anything and do anything you want to them, and they will give you a pass.

By the way, if the nominee was a Muslim or a Jewish man, do you think Bernie would have responded in the same way?

But as I watched this video, something hit me. And it wasnÃ¢â‚¬â„¢t because of Senator SandersÃ¢â‚¬â„¢ comments; it was because of Mr. Vought and his answers. I am so glad that we have Christians serving in the government, and we need a whole bunch more in there to help steer our country in the right direction. So, thank God for Mr. Vought.

Now, I know what was probably going through his mind:Ã‚Â LetÃ¢â‚¬â„¢s get through this hearing, letÃ¢â‚¬â„¢s get this to a vote, and I will have enough votes to be confirmed, even though I am getting hammered right now.

I donÃ¢â‚¬â„¢t look at life that way. If I get an opportunity to stand for the Lord, I need to take advantage of it. Ã‚Â I need to walk right through that open door. That is what I am here for today, tomorrow, and until I meet Jesus. Stand up for the Lord, and let the chips fall where they may.

So as I watched this video, some things came to mind that Mr. Vought could have said:

Ã¢â‚¬Å“Thank you, Mr. Sanders. You know, as you have lived here on planet Earth for 75 years now, and as you have researched and studied a variety of issues, you must know that Muslims and Christians do not believe the same. Jesus is the Son of God in Christianity, but Islam teaches that Allah had no Son. So no, they hold to very different teachings.Ã¢â‚¬Â

Ã¢â‚¬Å“Mr. Sanders, you realize the word phobic means Ã¢â‚¬Ëœto have an extreme or irrational fear of something.Ã¢â‚¬â„¢ No, I do not have a fear of you or of anyone in the Muslim religion. The only fear I have is of not living correctly for the Lord and being held accountable when I meet Him on Judgment Day.Ã¢â‚¬Â

Ã¢â‚¬Å“Mr. Sanders, I know that you have a Jewish background. As you know, the fundamental difference between Judaism and Christianity is whether or not Jesus is the Messiah. After your years of study, what conclusion have you come to regarding this difference?Ã¢â‚¬Â

Ã¢â‚¬Å“Yes, Mr. Sanders, Christianity teaches condemnation. Condemnation is also taught in Judaism as well as in Islam. I would make sure to take the time to find out which of those religions is true because all of us will be meeting the Creator of this universe sometime soon.Ã¢â‚¬Â

Ã¢â‚¬Å“I am sure, Mr. Sanders, you could not have spent 75 years on planet Earth without looking into what will happen to you after you die. You must know that Jesus said He was the way, the truth, and the life and that no one can come to the Father but through Him. So if you are asking me whether people are condemned because they are not born again or because they have not been washed clean of all of their sins by the blood of Jesus Christ, your argument will never be with me. Your argument will always be with Jesus and GodÃ¢â‚¬â„¢s Word, the Holy Bible.Ã¢â‚¬Â

Ã¢â‚¬Å“Mr. Sanders, you have every right as an American citizen to hate Christians. I am just glad you are being upfront and honest about it publicly. I sure wish more politicians would do the same.Ã¢â‚¬Â

Ã¢â‚¬Å“When you ran for President, Mr. Sanders, you were campaigning from a socialistic platform. Since I know you are well read, you are surely aware of the book Death by Government by Rudolph Rummel. It states that the Russian government killed over 60 million of their own people and the Chinese government killed over 70 million of their own people in the 20thÃ‚Â century. Those governments are responsible for the murder of their own citizens. The value of life is incredibly important to God. The principles by which you prefer to govern have been detrimental to human life all throughout history. The truth is that 100 percent of all people are going to die. And, of course, the good news isÃ¢â‚¬â€as you read in my postÃ¢â‚¬â€that Jesus Christ is the way for you to be right with God. And I share that with you because I want to see you in Heaven one day. Mr. Sanders, what is holding you back from committing your life to Jesus Christ?Ã¢â‚¬Â

Now the reason I am saying that Mr. Vought needed to just go for it, is he had to know there was a zero percent chance that Senator Sanders would vote for him. The Senator made that very, very clear in his closing remark.

So, looking at this again, Mr. Vought had total freedom. He could have used his freedom to lay it all on the line for the Lord publicly and not only witnessed so very strongly to Mr. Sanders, but to everyone else on that panel. Further, what he didnÃ¢â‚¬â„¢t know was that this video would literally go countryÃ‚Â and I am sure worldwide as well. So, so many people were going to view his responses to Mr. SandersÃ¢â‚¬â„¢ questioning, and he didnÃ¢â‚¬â„¢t even realize the opportunity he was given. He could have literally witnessed to the world!

Ã¢â‚¬Å“Nevertheless among the chief rulers also many believed on him; but because of the Pharisees they did not confess him, lest they should be put out of the synagogue: For they loved the praise of men more than the praise of God.Ã¢â‚¬Â

I just want to encourage you as you live for the Lord that you should never worry about what people think of you. Their opinion really does not matter. We are not here to please people or to seek their praises. We are here to glorify the Lord in all that we do.

Ã¢â‚¬Å“For God hath not given us the spirit of fear; but of power, and of love, and of a sound mind.Ã¢â‚¬Â

Remember, Christians donÃ¢â‚¬â„¢t live by fear. We donÃ¢â‚¬â„¢t have a phobia or a fear of Muslims, Homosexuals, the Government, etc. We have a healthy fear of the Lord, and that is it.

Be bold! Go for it! DonÃ¢â‚¬â„¢t look back! Finish the race so very strongly for the King. Plant as many seeds as you can for Him, and then go enjoy His loving embrace when you finally get to see Him face to face!!