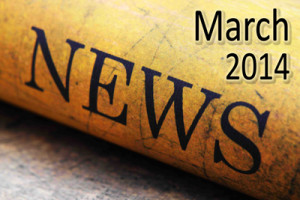 Many thanks for all of the prayers for my health. They are much appreciated. I am definitely making progress with both the gallbladder and A-fib heart issues IÃ¢â‚¬â„¢ve been having. I am not out of the woods yet, so thanks for the continued prayers for the total healing of this body to continue to do the LordÃ¢â‚¬â„¢s work. I have been able to take a couple of trips, and the body is holding up just fine. Thank you.

The second time I wound up at the hospital with all this recently, they moved me to a different room. At 3 a.m., there was a knock on the door. Now you know the one thing you want to do in a hospital is sleep, because you are not feeling well. And of course the one thing that you cannot do in a hospital is sleep, because everyone is walking in your room at all hours of the night!! I said, Ã¢â‚¬Å“Come in.Ã¢â‚¬Â

My call button?? There was nothing wrong with my call button. He said that he had a work order put in for room 6317, because the call button wasnÃ¢â‚¬â„¢t working. I let him know it was just fine. He came over and pressed the button and of course, it worked just fine. As he retreated towards the door to leave, I said, Ã¢â‚¬Å“Can I ask you a question before you go?Ã¢â‚¬Â

Ã¢â‚¬Å“Interesting you should ask me that question,Ã¢â‚¬Â Douglas responded. Ã¢â‚¬Å“I was just down in the maintenance room watching YouTube videos on spiritual matters and what happens when you die! Can I ask you a question?Ã¢â‚¬Â I said, Ã¢â‚¬Å“Sure.Ã¢â‚¬Â What does the word Ã¢â‚¬ËœsavedÃ¢â‚¬â„¢ mean?Ã¢â‚¬Â

Well, when Douglas walked out of my room at 4 a.m., letÃ¢â‚¬â„¢s just say our conversation was one of the highlights of my recent days of being alive. Douglas had so many questions, and you and I have so many answers! He has already emailed me as he is processing all of this information and deciding what decision he is going to make. He even said he knew that it was a divine appointment that we were talking and that he was going to go downstairs to check to make sure he had gone to the right room! Of course, he knew he had gone to the right room!!

When he walked out of my room, I began to pray and thank God for all of this illness. It has been very painful and very frustrating, but it has been totally worth it just to meet Douglas, and I guess I wasnÃ¢â‚¬â„¢t going to meet him at a gas station, so it looks like it had to be at the hospital!

Ã¢â‚¬Å“In every thing give thanks: for this is the will of God in Christ Jesus concerning you.Ã¢â‚¬Â

One of the things that I am doing more of now is juicing for my continued health. So I was at the farmerÃ¢â‚¬â„¢s market getting some good organic produce to juice, and I noticed this man who had a pin on his sport coat. It was a small pin, and I couldnÃ¢â‚¬â„¢t make it out, so I asked, Ã¢â‚¬Å“What is your pin for?Ã¢â‚¬Â

It was a combination American flag and a Jewish flag. I thought he might have been a Christian man who supported the Jewish state. I wasnÃ¢â‚¬â„¢t sure. So I just said, Ã¢â‚¬Å“Are you Jewish?Ã¢â‚¬Â He pulled up his sleeve and showed me the tattoo on his forearm: 178550. That was the prisoner number that was tattooed on him when he was in a concentration camp during WWII!! Wow! I couldnÃ¢â‚¬â„¢t believe Samuel, this man I was chatting with, was a Holocaust survivor. We talked and talked and talked. What an interesting man. As I always say, Ã¢â‚¬Å“Everyone has a story.Ã¢â‚¬Â We donÃ¢â‚¬â„¢t want to be too busy to hear peopleÃ¢â‚¬â„¢s stories.

When Samuel and I were talking about the afterlife, he said something that really saddened me. He said God has orchestrated his entire life, so He will orchestrate his eternity as well, and there is nothing he can do about it. Sadly, Samuel is mistaken. So glad I was able to plant a seed in his life about the real Messiah, Yeshua.

Ã¢â‚¬Å“Continue in prayer, and watch in the same with thanksgiving;

Withal praying also for us, that God would open unto us a door of utterance, to speak the mystery of Christ, for which I am also in bonds:

That I may make it manifest, as I ought to speak.

Walk in wisdom toward them that are without, redeeming the time. Let your speech be always with grace, seasoned with salt, that ye may know how ye ought to answer every man.Ã¢â‚¬Â

One of the things we need to do is to make the most out of every opportunity. I am so glad that when I had the opportunity, I went for it with Samuel. Please pray with me for his soul.

A few days ago, I flew back from a speaking trip in Indiana, and that very night, the rock band Eagles were performing. So I already had my backpack loaded with tracts and booklets, and as soon as I got home, I grabbed it, hopped back on the train and headed back downtown to the arena.

We knew weÃ¢â‚¬â„¢d get plenty of rejection from people when it came to tracts and conversations. That goes with the territory. But what saddened me the most is that a bunch of people told me they were Christians, yet didnÃ¢â‚¬â„¢t think for a moment that three hours worshipping the Eagles was not something that God wanted them to do.

One lady told me how much she loved Jesus and how she was born again. Well her husband was with her. He must not think she is born again, because he tempted her with the filth that happened during that show by bringing her there.

She of course let me know that it was people like me that were causing people not to come to Jesus!! Ah, I guess she and her husband were leading so many people to the cross that night, but I just couldnÃ¢â‚¬â„¢t tell!

But the saddest of all that night was when a friend of mine was talking with a southern Baptist preacher who was going to the show. He just kept justifying his position. He told my friend to Ã¢â‚¬Ëœmind his own business.Ã¢â‚¬â„¢ Since when did soul winning not become our business? I guess I didnÃ¢â‚¬â„¢t get the memo on that one. Also remember if that man would have taken his last heartbeat while he was singing his favorite Eagles song that night, that would not have been the way he would have wanted to exit planet earth and meet the Savior of the universe! WouldnÃ¢â‚¬â„¢t it have been better for him to be on the streets with us reaching the lost? WouldnÃ¢â‚¬â„¢t it have been better if he took the $300 he spent on concert tickets and gave that money to a missionary?

Ã¢â‚¬Å“Ye adulterers and adulteresses, know ye not that the friendship of the world is enmity with God? whosoever therefore will be a friend of the world is the enemy of God.Ã¢â‚¬Â

In the coming days, make sure you are thankful in all circumstances; make the most out of every opportunity, and donÃ¢â‚¬â„¢t be a friend of this wicked world that is slowly but surely coming to its final curtain call.