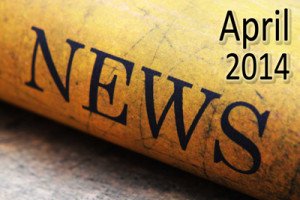 Believe it or not, I met another holocaust survivor this month! That makes two in two months! I am not sure why God has me keep running into these men, but it sure did get me thinking.

So what is it about these people? What is it that stirs such passion when this people group is mentioned?

Is it because they are the first monotheistic religion? So when they say there is one God, does that offend people that believe differently that their religion is wrong?

They gave us the Ten Commandments through the book of Exodus. So does that mean we dislike them because their religious views tell us that our lives and behavior does not meet up to GodÃ¢â‚¬â„¢s standard?

Throughout history there seems to have been a movement to wipe out the Jews. From Ancient Egypt, Haman, Herod, and the Romans to the more recent Russian, Nazi Germany, Iran, etc.Ã¢â‚¬â€all seemed to want to exterminate the Jews. So far they have had no luck.

This is a quote from Benjamin Netanyahu, the Prime Minister of Israel:

[O]ne cold day in the late 19th century, my grandfather Nathan and his younger brother Judah were standing in a railway station in the heart of Europe. They were seen by a group of anti-Semitic hoodlums who ran towards them waving clubs, screaming Ã¢â‚¬Å“Death to the Jews.Ã¢â‚¬Â

My grandfather shouted to his younger brother to flee and save himself, and he then stood alone against the raging mob to slow it down. They beat him senseless, they left him for dead, and before he passed out, covered in his own blood, he said to himself, Ã¢â‚¬Å“What a disgrace, what a disgrace. The descendants of the Maccabees lie in the mud powerless to defend themselves.Ã¢â‚¬Â

He promised himself then that if he lived, he would take his family to the Jewish homeland and help build a future for the Jewish people. I stand here today as IsraelÃ¢â‚¬â„¢s prime minister because my grandfather kept that promise.

And so many other Israelis have a similar story, a parent or a grandparent who fled every conceivable oppression and came to Israel to start a new life in our ancient homeland. Together weÃ¢â‚¬â„¢ve transformed a bludgeoned Jewish people, left for dead, into a vibrant, thriving nation, defending itself with the courage of modern Maccabees, developing limitless possibilities for the future.

In our time the Biblical prophecies are being realized. As the prophet Amos said, they shall rebuild ruined cities and inhabit them. They shall plant vineyards and drink their wine. They shall till gardens and eat their fruit. And I will plant them upon their soil never to be uprooted again. [iv] (emphasis added) http://www.raidersnewsupdate.com/Cauldron1.htm

Even though people seem to be trying to destroy the Jews once again, they are not going anywhere.

There is now a movement called the BDS movement. It is boycott, divest, and sanction the state of Israel.

Here is a video clip of Ben Shapiro ofÃ‚Â Breitbart.comÃ‚Â speaking out against it at UCLA: http://www.youtube.com/watch?v=cOIv6owDXYo

By the way, Israel and Jews are not going extinct no matter what anyone tries to do to them.

It sure seems like Iran and some Muslim sure want to wipe Israel off of the face of the earth. I wonder where they get that type of thinking from?

QurÃ¢â‚¬â„¢an (3:85) Ã¢â‚¬â€œ Ã¢â‚¬ÂAnd whoever desires a religion other than Islam, it shall not be accepted from him, and in the hereafter he shall be one of the losers.Ã¢â‚¬Â

QurÃ¢â‚¬â„¢an (4:51) Ã¢â‚¬â€œ Ã¢â‚¬Å“Jews and Christians believe in idols and false deities, yet they claim to be more rightly guided than Muslims.Ã¢â‚¬Â

QurÃ¢â‚¬â„¢an (5:51) Ã¢â‚¬â€œ Ã¢â‚¬ÂO you who believe! do not take the Jews and the Christians for friends; they are friends of each other; and whoever amongst you takes them for a friend, then surely he is one of them; surely Allah does not guide the unjust people.Ã¢â‚¬Â

There is an unspoken spiritual battle raging behind the scenes over who has the real God. As long as Israel exists, the answer to that question is inescapable.

There is an interesting verse in the Bible that seems to be coming into play these days:

“And in that day will I make Jerusalem a burdensome stone for all people: all that burden themselves with it shall be cut in pieces, though all the people of the earth be gathered together against it.”

Yes, every country sometime soon is going to turn against Israel. Yes, that includes the United States of America. When those days arrive, make sure you bet on the eternal God of Israel to win that battle and stay on His side and no one elseÃ¢â‚¬â„¢s.

When God makes a promise, He shall keep it! His word is good.

Ã¢â‚¬Å“And I will bless them that bless thee, and curse him that curseth thee: and in thee shall all families of the earth be blessed.Ã¢â‚¬Â

Ã¢â‚¬Å“Now to Abraham and his seed were the promises made. He saith not, And to seeds, as of many; but as of one, And to thy seed, which is Christ.Ã¢â‚¬Â

Ã¢â‚¬Å“And if ye be Christ’s, then are ye Abraham’s seed, and heirs according to the promise.Ã¢â‚¬Â

When we get to the other side, guess who we are going to see there?

“After this I beheld, and, lo, a great multitude, which no man could number, of all nations, and kindreds, and people, and tongues, stood before the throne, and before the Lamb, clothed with white robes, and palms in their hands;”

Israel may be in unbelief for a time, but their future is bright. This little nation has and will continue to bring untold blessings to the world!

Ã¢â‚¬Å“I say then, Have they stumbled that they should fall? God forbid: but rather through their fall salvation is come unto the Gentiles, for to provoke them to jealousy. Now if the fall of them be the riches of the world, and the diminishing of them the riches of the Gentiles; how much more their fulness?Ã¢â‚¬Â

Ã¢â‚¬Å“Ye worship ye know not what: we know what we worship: for salvation is of the Jews.Ã¢â‚¬Â

Yes, there are going to be lots and lots of Jews in Heaven who have come to know Yahushua Ha Mashiach, Jesus the Messiah!

The lost and dying world really wants the Jews and Christians to go the way of the dinosaur. To be a fossilized relic of the distant past. They literally want them to disappear off of the face of the earth. No can do. WonÃ¢â‚¬â„¢t be happening. You may kill some of us off, but the children of God will live forever!

Do you want others to know what is on the other side? Are you witnessing to Jewish people when you meet them? Their Messiah is Jewish! They need to hear. I want to see many Jews in heaven for eternity. Do you?