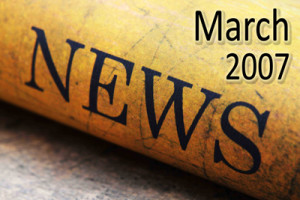 If It DoesnÃ¢â‚¬â„¢t Preach On Death Row…

“For Herod himself had sent forth and laid hold upon John, and bound him in prison for HerodiasÃ¢â‚¬â„¢ sake, his brother PhilipÃ¢â‚¬â„¢s wife: for he had married her.”

One of my great pleasures in life is going to different prisons and preaching the truth about Jesus. I have been able to go with a group called Champions For Life, which is run by Bill Glass. You can find out more information about them at billglasscfl.org.

They recently had a Birmingham weekend of champions, and I was excited about getting to spend time in a prison talking with the men. But then I got a phone call. One of the leaders of Champions for Life wanted me to be one of the main speakers at some of the prisons. Now I was thinking this was a little bit out of my comfort zone. I am used to going into the jails and speaking one on one with the inmates. Of course totally forgetting that I am a speaker for a living, but let’s not let that get in the way! After thanking God for the opportunity to do something like this, I called them back and told them I would do that. Then I began working on a talk that I wanted to give. Twenty minutes isnÃ¢â‚¬â„¢t a lot of time and can go by quickly when you are speaking. IsnÃ¢â‚¬â„¢t it funny that in high school those five minute speeches seemed so long, and now twenty minutes seems so short?

As we got closer to the weekend, they let me know that I would speak to some inmates on death row. Now everything got ratcheted up a notch. Just those words, Death Row, carry a whole different connotation than just talking with prisoners. We know you just donÃ¢â‚¬â„¢t happen to get to death row. If you are guilty, you did something that society considers very bad. So I had to come up with a talk for these guys.

Question for you: if you had twenty minutes to talk to someone on death row, what would you talk about? Do you think you would share the Prosperity Gospel with them? ‘Come to Jesus and all your dreams will be met.’ I was in a prison one time where a guy kept telling the inmates about his airplanes and the landing strip he got after he got saved, and I was wondering how much that would help the Lifers in that Federal Prison? They might be able to use a helicopter to get out, but a plane wasnÃ¢â‚¬â„¢t going to be much help! We see all of this prosperity preaching on TV, and in some of the major Christian books out there, but would it work on death row to these inmates? You canÃ¢â‚¬â„¢t serve both God and mammon, so which one should we really preach? As one preacher said, the Prosperity Gospel only preaches in America. What an amazing statement. You canÃ¢â‚¬â„¢t preach that in prison. How do you preach the Prosperity Gospel to the rich young ruler? How can you preach the Prosperity Gospel to Donald Trump when he seemingly has everything (in a worldly sense)? You canÃ¢â‚¬â„¢t preach that in the slums of Haiti. You canÃ¢â‚¬â„¢t preach that in the desert region of Africa. That might be the American Dream, but it can turn into a huge nightmare without the right heart to handle the wealth that can come your way.

The sad thing is that it will preach here in America, but it wonÃ¢â‚¬â„¢t preach elsewhere. Maybe there is a good reason for that.

I read where someone said they walk up to people and say, “If I have three minutes to live and then I will be dead, what must I do to be right with God?” I like that. I have used it a couple of times. It is still stunning to me how some people talk about good works when they are witnessing. How many good works can you do in three minutes?! What would you tell someone if they asked you that question?

Quoting from a friendÃ¢â‚¬â„¢s newsletter, a leader of a denomination said,

Ã¢â‚¬Å“It seems the American church says to those who pass through the doors, Ã¢â‚¬ËœYouÃ¢â‚¬â„¢re a good person, and the church can give you added value to the temporal life.Ã¢â‚¬â„¢ And it will. But this is not the primary reason the church exists. The church exists to get people ready for eternity, not for tomorrow. It is not a temporal gospel; it is an eternal gospel, and at the heart of that gospel is the Cross and true repentance.Ã¢â‚¬Â

I think this leader is on to something.

So I showed the men how to prove there is a God, how to prove the Bible true, that there is a heaven and hell, and walked them through the Ten Commandments so they would know for sure of their sin (it is not too difficult to show prisoners their sin since they are surrounded by barbed wire). Then I let them know what repentance is, told them about the sacrifice of Jesus as the substitution for their sins, talked about the resurrection, and to make sure that they counted the cost before ever becoming a disciple of the Lord Jesus Christ. Yes, that is a lot to cram into twenty minutes! Once they realized by GodÃ¢â‚¬â„¢s Law that they looked just like all of us outside those four walls, that literally there was no difference to a Holy God, you could see a different look on some of their faces. We tend to look down on those in prison, yet we are all encircled by the walls of sin. Letting them know that it is not how you start the race of life, but how you finish it, was a big encouragement to them. Many who are first will be last, and some who are last will be first. They do have a second chance to get right with God. They need to take advantage of it.

“And immediately the king sent an executioner, and commanded his head to be brought: and he went and beheaded him in the prison,”

John never made it out of prison. It wouldnÃ¢â‚¬â„¢t have made much sense to preach to him the Prosperity Gospel. He was going to a big feast, but it was just his head that was going to arrive there!

Each in his own language

It really has been great to see One Thing You CanÃ¢â‚¬â„¢t Do In Heaven in Spanish! Hispanic speaking people love it! I was in a restaurant the other day and they had ten Hispanics working in the back. So I took ten copies of One Thing in Spanish, put a ten dollar bill in each one, and had the manager give them to all the workers. She stated that they were so glad to get something in their own language, and she told me that she told them they had to read it! She wasnÃ¢â‚¬â„¢t even a believer!

I stopped the other day where there were some day laborers. After giving each of them a copy of “One Thing” in Spanish, I had them all come into a convenience store and bought them each a drink. It was fun to drive away and see them reading the books.

Yesterday, as I was driving home, there were a bunch of Hispanics working on some sidewalks and doing some painting. So I pulled my car over and gave them each a book. They were very intrigued because they do not get a lot in their own language. One guy was just leaning against a car reading away as I drove off.

“One Thing” in Spanish is not only great to get to your missionary friends, and to take with you on your own missionary trips, or to give to prison chaplains and prisoners, but there are plenty of opportunities to bless Hispanic people right where you live with some good reading material in their own language. You can go to markcahill.org and pick some up.