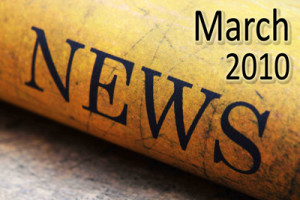 The Land of the Rising Sun

I know that many of you were praying for my trip to Japan. Thank you so much for the prayers! In some ways, I was really dreading the trip because of the long flights, etc. I havenÃ¢â‚¬â„¢t traveled overseas in many years. It wound up being one of the best trips I have ever had in my life!

On the flight over, I was very happy: There was an empty seat next to me! That meant I could stretch out at least a little bit over the 13 1/2 hour trip. All of the sudden, a man walked up and asked the flight attendant if that seat was empty and if he could sit there. Next thing you know, he is plopping down next me. I am now not the happiest man in the free world! So we began to talk. He was an atheist. I am now the happiest man in the free world! We just had the best conversation. One interesting thing Michael said to me was that he knew in his heart there was a God. Even though he didnÃ¢â‚¬â„¢t believe in Him, he knew there was a God. Twice during the conversation he told me, Ã¢â‚¬Å“You know we are supposed to be sitting next to each other talking about God.Ã¢â‚¬Â And foolish me was worried about stretching out!

Japan is a fascinating country. The characters that are put together to make up the word Ã¢â‚¬ËœJapanÃ¢â‚¬â„¢ actually mean Ã¢â‚¬Ëœsun-origin.Ã¢â‚¬â„¢ The red disk on their flag represents the sun. People still worship the sun there today. Only about 1% of Japan is Christian. Shintoism and Buddhism are the two main religions of the land, even though most people donÃ¢â‚¬â„¢t really practice either of those religions. The picture below is me speaking at a Japanese Church: 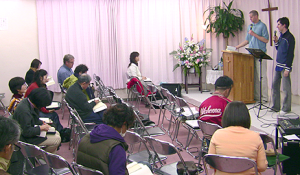 Yes, there are only about 15 people at this church! Like I said, Christianity is very small there. It was one of the highlights of my trip to speak there! I asked the people through a translator, Ã¢â‚¬Å“What do people worship here in Japan?Ã¢â‚¬Â Their response, without any hesitation, was Ã¢â‚¬Ëœnature.Ã¢â‚¬â„¢ The Ã¢â‚¬ËœLand of the Rising SunÃ¢â‚¬â„¢ even makes more sense now.

Ã¢â‚¬Å“For the wrath of God is revealed from heaven against all ungodliness and unrighteousness of men, who hold the truth in unrighteousness; Because that which may be known of God is manifest in them; for God hath shewed it unto them. For the invisible things of him from the creation of the world are clearly seen, being understood by the things that are made, even his eternal power and Godhead; so that they are without excuse: Because that, when they knew God, they glorified him not as God, neither were thankful; but became vain in their imaginations, and their foolish heart was darkened. Professing themselves to be wise, they became fools, And changed the glory of the uncorruptible God into an image made like to corruptible man, and to birds, and fourfooted beasts, and creeping things. Wherefore God also gave them up to uncleanness through the lusts of their own hearts, to dishonour their own bodies between themselves: Who changed the truth of God into a lie, and worshipped and served the creature more than the Creator, who is blessed for ever. Amen.Ã¢â‚¬Â

If you do not worship the God of this universe, you will worship something. And most people will turn to worshipping the creation. Whether it is their love of the mountains, always angling their chair towards the sun on spring break, etc., you will worship something or someone. In Japan, many also worship people. Some consider the emperor to be god. As you can see, it is a group of people that is being set up to easily worship an antichrist. The picture below is when we were handing some tracts out to a group we ran into: 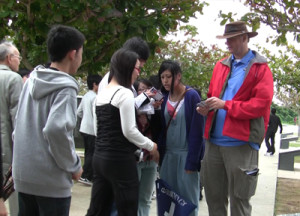 I had heard that people in Japan wouldnÃ¢â‚¬â„¢t take tracts. We found the people very open to taking literature from us. When these girls walked away, they said some things and started laughing. I asked the translator what they said. She smiled and said, Ã¢â‚¬Å“A very handsome American!Ã¢â‚¬Â If you find out I am moving the headquarters of the ministry to Japan, you now know why!!

I went to the island of Okinawa to speak. God allowed me to do some speaking to a lot of our military personnel that are stationed there. It is an island with a lot of history. Over 200,000 people were killed during WWII on Okinawa. There were over 2.7 million shells dropped on that island which equaled almost 5 shells per person that lived there at the time! To this very day, there are still over 1 million unexploded shells still on that island!

One of my high school friends, Jon, is a F-15 pilot and a Colonel in the Air Force. He put all the plans together to get me over there. One day, he hired a tour guide to take us around. Setsuko told us that she hid in a cave during WWII and that is how she survived. She was three months old at the time. Okinawa is a volcanic island, so there are caves everywhere. She was very angry at how Imperial Japan treated the Okinawans. She told us of the some of the horrific things the Japanese soldiers did to the Okinawans. She said, Ã¢â‚¬Å“We also had a different religion. We never believed the emperor was a god.Ã¢â‚¬Â

She took us to a naval underground headquarters for the Japanese. It was a bunch of tunnels inside of a mountain. When the Americans were coming in to get them, well over 100 of them committed suicide. It was consider honorable to die that way for Japan and the emperor, and dishonorable for an American soldier to kill you. There was a lot of suicide on Okinawa. The Japanese would encourage Okinawans to commit suicide. They would give grenades to the adults to kill their whole family. It was considered an honor. The Okinawans were looked down upon by the people from the main island of Japan. Setsuko told us that in this one hospital, the Japanese soldiers came in and gave everyone milk. It was laced with cyanide. They killed all of these Okinawans. It was more evidence on how the heart is so deceitfully wicked.

Ã¢â‚¬Å“And always, night and day, he was in the mountains, and in the tombs, crying, and cutting himself with stones.Ã¢â‚¬Â

He was cutting himself with stones. When people are into what is called Ã¢â‚¬Ëœcutting,Ã¢â‚¬â„¢ I call it a slow suicide. Suicide is murder. It is wrong. And yet Satan had so deceived people in Japan, they considered it an honor to kill themselves. The Great Deceiver is working hard all over the world on this issue.

Setsuko is a Christian now. She found the real Son. She wants the truth out about what happened on that island. Sounds like something us Christians should be doing as well.

Below is a picture of us witnessing at a Shinto temple: 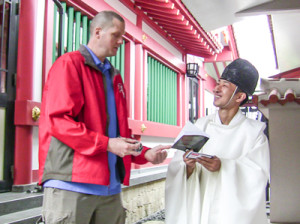 Ã‚Â Yes, that is the Shinto priest! We got into an interesting discussion. The translator was able to help me witness to him! The person with the young face there is actually a 25 year-old-man! It was an interesting discussion. A quote from a Shinto booklet in Japan: Ã¢â‚¬Å“Shinto was originally a natural religion which became into existence in a village community. So, the concept of a sin or of ethics is also formed according to the value system of the community: that is to wish prosperous continuation and development of the community.Ã¢â‚¬Â Moral relativism is alive and well in Japan!

At the Shinto shrine, people were praying for success of business, praying to have their car protected, etc., and all the while giving money to the Shinto priests to pay for this! It was a great money making endeavor! I know some of the prosperity preachers here in America that would have been very proud of how the Shinto priests were running their organization!

WouldnÃ¢â‚¬â„¢t it be better if one day, instead of being the Land of Rising Sun, Japan would be known as the Land of the Rising Son? How about where you live? WouldnÃ¢â‚¬â„¢t you like where you live to be known for the move of Jesus Christ that is going on in your area? Well, my Bible is very specific. God uses regular people to bring the Son of God to many people. Make sure all the days of your life that you are a regular person that brings Jesus to as many people as you can before you take your last breath!