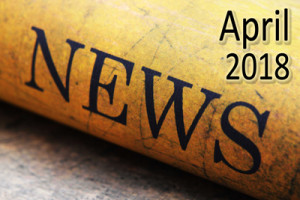 April 19th of this year marks the 25th anniversary of the Branch Davidian incident in Waco, TX. Now, as you read that sentence, does anyone feel old?! Goodness, twenty five years have gone fast!

Ã¢â‚¬Å“Man is like to vanity: his days are as a shadow that passeth away.Ã¢â‚¬Â

Ã¢â‚¬Å“When thou with rebukes dost correct man for iniquity, thou makest his beauty to consume away like a moth: surely every man is vanity. Selah.Ã¢â‚¬Â

Ã¢â‚¬Å“Behold, thou hast made my days as an handbreadth; and mine age is as nothing before thee: verily every man at his best state is altogether vanity. Selah.

Ã¢â‚¬Å“Surely every man walketh in a vain shew: surely they are disquieted in vain: he heapeth up riches, and knoweth not who shall gather them.Ã¢â‚¬Â

Are you using your time wisely for the Lord?

A lot of things come to mind when we think about Waco, but for me, itÃ¢â‚¬â„¢s the indelible pictures and videos of the place they livedÃ¢â‚¬â€they called it Mount CarmelÃ¢â‚¬â€catching fire and burning to the ground. The smoke, the flames shooting up, and then the explosions going off here and there made it an unforgettable event for sure.

It is really a fascinating read. I guess an insider would probably know more about that whole situation than us outsiders.

As you may recall, there has been a big fight through the years over who caused the fire at the compound. Was it the CS gas that the federal agents used against the Davidians, or did the Davidians commit mass suicide like Jim Jones and his followers did in Guyana?

Here are two very informative documentaries that will bring you up to speed on the events that took place at Waco, if you are interested in learning more about this subject:

Waco: The Rules of Engagement

One of the interesting aspects of this tragedy that people have studied over the years is whether the ATF and FBI told the truth during all of the congressional hearings and press conferences, or did they lie?

If you go to the one-hour mark of the first video, you will see something called FLIR technology. It stands for Forward Looking Infrared Radiometer. This technology is able to show heat sources. There was a plane using FLIR technology flying overhead at Mount Carmel on the day of the siege. The footage is fascinating. As you listen to the expert point out and explain what youÃ¢â‚¬â„¢re seeing, it really makes you think. When the FBI claims they did not shoot that day but FLIR shows there were automatic weapons being fired at the Davidian compound, who are you going to believe? Remember to QEQE: Question Everything and Question Everybody. Also remember that when someone lies once, it is easier for them to lie a second time, a third time, and so forth.

One of the things that fascinated me in the book was how David Thibodeau and David Koresh met. Mr. Thiobdeau was a drummer. He happened to be in a Guitar Center in Los Angeles when Mr. Koresh walked in with someone. Mr. Koresh had a band. He gave Mr. Thibodeau a card. That is how their relationship started. Mr. Koresh then began to teach the Bible to Mr. Thibodeau and some of his roommates, and the rest is history.

Who are your friends? What do they believe? Are they influencing you, or are you influencing them?

You parents out there, who do you allow to be friends with your children? When your children stay overnight at someoneÃ¢â‚¬â„¢s house on the weekend, do you know as much about that family as you should? Bad company can always corrupt good character.

Every friend we have today began as a complete, total stranger. But someone said Ã¢â‚¬Å“helloÃ¢â‚¬Â to you, and from there, a friendship began. Be careful when someone says Ã¢â‚¬Å“helloÃ¢â‚¬Â and hands you a card in Guitar Center. It may take you on a journey that goes farther than you ever wanted to go.

Interestingly, Mr. Thibodeau and Mr. Koresh became very close. Mr. Thibodeau lost a lot of friends that day in Waco, and he also lost one of his best friends. That put a powerful mark on his life for many years.

Also, interestingly enough, Mr. Thibodeau had no real religious background and not much interest in it, either. He was a blank slate. His parents didnÃ¢â‚¬â„¢t teach him much about religious things at all. Sometimes, that can be good because it means people havenÃ¢â‚¬â„¢t had any false teachings implanted in them, but for the most part, it is bad. Mr. Thibodeau had no anchor to keep his soul from drifting into false teachings. He didnÃ¢â‚¬â„¢t know the truths of GodÃ¢â‚¬â„¢s Word, and so he couldnÃ¢â‚¬â„¢t spot the error that David was placing in his life. If he had the right foundation, he may not have picked up his life in LA and headed to Waco.

One other very interesting fact is when the ATF went to enter the compound on February 28th, the only name on the search warrant was David Koresh. ironically, David used to go into Waco all the time. He went there to eat, to jog, and to attend gun shows with his group, since they were buying and selling guns to make money. He even went into Waco to play music! Why didnÃ¢â‚¬â„¢t the government just pick him up then? Or was there something bigger playing out behind the scenes that we were not privy to?

Another fact that a lot of people donÃ¢â‚¬â„¢t know is the CS tear gas used against the Davidians on April 19th was banned by the military in January of that year!

Ã¢â‚¬Å“CS causes nausea, disorientation, dizziness, shortness of breath, tightness in the chest, burning of the skin, intense tearing, coughing, and vomiting. In January 1993, the United States and 130 other countries had signed the Chemical Weapons Convention banning the use of CS gas in warfare; apparently there is no prohibition on its use against American citizens.Ã¢â‚¬Â (Waco: A SurvivorÃ¢â‚¬â„¢s Story, p. 247)

CSÃ‚Â gas can be lethal in a confined area. Also, there were children in there and their gas masks would not have fit properly. It would have been very tortuous for them as that gas was forced inside the compound.

The FBI negotiators had struck a deal with David Koresh at one point. David was going to put pen to paper and write out his teaching on the seven seals of the book of Revelation. Once it was all written down, he and everyone else would surrender and walk out the front door of Mt. Carmel. He had already sent out his teaching on the first seal and was working on his teaching for the second seal when the raid happened on April 19th. The negotiators lied to David. We live in a world where, so many times, peopleÃ¢â‚¬â„¢s word is not good. You canÃ¢â‚¬â„¢t trust them. Make sure people know that your word is as good as gold. You donÃ¢â‚¬â„¢t need a written contract because you have given your word, and that should be better than any contract anywhere.

Ã¢â‚¬Å“David saw himself as the Lamb, the figure chosen to open the Seals and bring about the final fulfillment of prophecy. Quoting biblical chapter and verse in his complex, highly individual fashion, he explained that this Lamb, coming at the end of days, will be scorned and bad-mouthed, just as he had been. Yet those who accept the message of the Seals will be invited to the divine wedding of the spirit.Ã¢â‚¬Â (Waco: A SurvivorÃ¢â‚¬â„¢s Story, p. 241)

Of course, the Lamb can only be the Lord Jesus Christ. It cannot be you, me, or David Koresh. Very easy to figure out as you read and study your Bibles. But this is how false teaching works. Koresh had to be teaching some truth to his adherents in order for them to follow him. He was using the correct book, but he was interpreting it wildly out of context. And when someone follows any teacher uncritically, anything is possible. Any false teaching can get into your system when you trust people unquestioningly.

I canÃ¢â‚¬â„¢t even begin to tell you how important this will be as the days come to a close. False teaching is going to become more rampant than it already is. You must know and study your Bible, and then proclaim its truth! When you proclaim truth, it solidifies in your heart what you believe. If you donÃ¢â‚¬â„¢t know what theÃ‚Â truth is and isn’t, thenÃ‚Â deception is right around the corner waiting for you.

Ã¢â‚¬Å“For there shall arise false Christs, and false prophets, and shall shew great signs and wonders; insomuch that, if it were possible, they shall deceive the very elect.Ã¢â‚¬Â

As we sit here 25 years later, so many of those FBI agents, ATF agents, local sheriffs, and Branch Davidians are on the other side. They have met the Lord. So whether you are big government, limited government, or anti-government, when you meet the King, none of that is not going to matter.

Also, Waco is home to the oldest, continually operating university in the history of Texas. It is the privately run, Christian university called Baylor. I wonder how many of those Baylor students and faculty witnessed to David Koresh and his followers when they came into Waco to eat and hang out at the bars to play music. I wonder how many of them got into their cars and drove out to the compound to witness to them. I wonder what might have happened to David Koresh, in an earthly sense, if he had been biblically saved.

A lot of wondering going on about the events of Waco and the Branch Davidians. I also wonder what could happen if everyone who reads this newsletter got 100 percent, totally sold out for Jesus Christ in all that they do. I wonder . . .