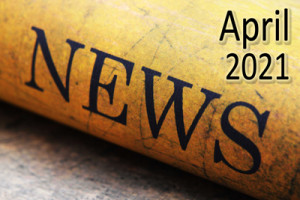 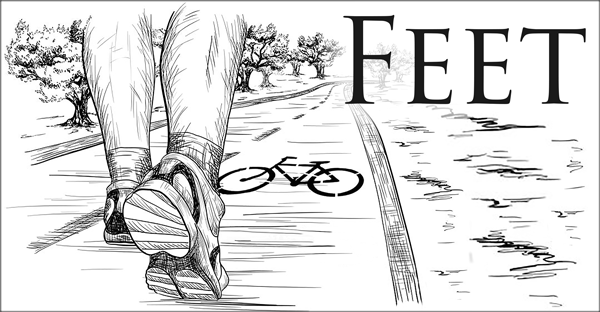 I like running and walking in these things called Vibram Five Fingers. They are basically gloves for your feet. I wear them as I run in sand because they are much easier on these old, tired basketball knees. They are the best way to run in sand, other than being barefoot. I also like to wear them when IÃ¢â‚¬â„¢m walking in the big parking lot at the park I go to. As I walk, I read my Bible, pray, and get some free Vitamin D.

There is only one problem, though. I kind of tweaked my heel, which can hurt a little at times. And, when I am walking in that parking lot, my heel seems to find every pebble, large or small, to land on! ItÃ¢â‚¬â„¢s like there is a GPS chip in those shoes or something! So today, when I hit another pebble, I let out a bit of a yelp. It hurt! Not sure men should make noises like that, but that is what came out! Goodness. The heel can be more sensitive than I thought. 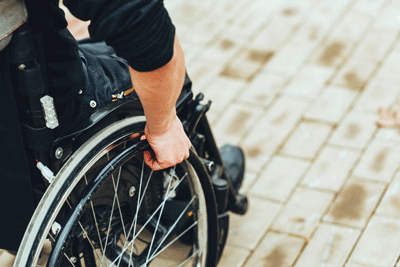 Ã‚Â Ignoring the pebble incident, I pressed on. I am a tough guy! After I walked a little farther, I saw a man wheeling his wheelchair up a hill that I have ridden my bike up before. It was kind of humbling. Here I was complaining about the pain in my heel, and that man probably wished he could trade his situation for a little heel pain. Perspective. We all need it. So, I started thanking God for my feet, ankles, and knees that donÃ¢â‚¬â„¢t always feel so hot, but I am able to use them.

As I was driving out of the park, the man in the wheelchair happened to have gone down that hill and was kind of waiting toward the bottom. So, I steered my car over toward him and rolled my window down. I said, Ã¢â‚¬Å“I noticed you as you were going down that hill, and I prayed for you to catch a nice breeze!Ã¢â‚¬Â He told me that heÃ‚Â didÃ‚Â get a really nice breeze, and it felt good. I then said, Ã¢â‚¬Å“I also watched you go up that hill and noticed you went up it faster in a wheelchair than I do on a bike!Ã¢â‚¬Â Steve laughed and showed that he had a very genuine smile.

So, I said to Steve, Ã¢â‚¬Å“A question for you: Are you born again? Are you saved?Ã¢â‚¬Â He responded, Ã¢â‚¬Å“Well, in the way that you probably mean it, probably not.Ã¢â‚¬Â That was a really interesting answer. Then, all of a sudden, I heard a loud honk. I was blocking a truck driver who was trying to do his work. So, I pulled around a fence a bit, and Steve wheeled his wheelchair over, so we could keep talking! That was a good sign.

He told me he was a Ã¢â‚¬Å“doubting Thomas.Ã¢â‚¬Â He had grown up with some beliefs but had lots of questions. I asked him what he thought happened when he died, and he said he just wasnÃ¢â‚¬â„¢t sure. I then asked if he hoped there was something out there on the other side, and he responded with a definite Ã¢â‚¬Å“Yes.Ã¢â‚¬Â

I talked to him about the promises in the Bible that talk about a new body with no pain, suffering, or crying. I also told him about Josh, the man whose son passed away that we mentioned in a newsletter a few weeks agoÃ‚Â (March Gladness).Ã‚Â That seemed to really get SteveÃ¢â‚¬â„¢s attention. He reasoned he would rather live with what he was dealing with than have a son pass away.

As we continued talking, I asked him if he liked to read. He told me he did and that he liked to read non-fiction. Looking across the parking lot, I asked if that was his van over there, and he told me it was. I said I would leave one of my books there for him. He told me the van was unlocked, and I could just leave it inside. I thought that was an interesting statement. Most people donÃ¢â‚¬â„¢t want anyone opening the doors of their cars. So, I signed a copy ofÃ‚Â One Heartbeat AwayÃ‚Â and put it and a copy ofÃ‚Â One Second After YouÃ¢â‚¬Â¦Ã‚Â on his seat.

But before driving over to his car, I said to him, Ã¢â‚¬Å“Since this is Easter week, it is a good time to think about what God has done for us.Ã¢â‚¬Â He agreed with that. Please say a prayer for Steve. He was a really friendly man. I let him know that my email was in the back of the bookÃ‚Â and, if he had any questions, to just hit me up.

The Legacy of Feet 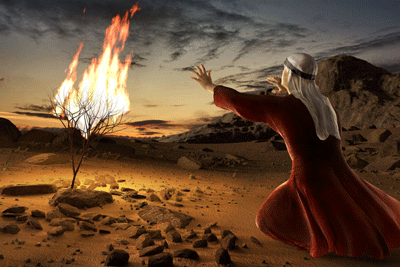 So all of this got me thinking about feet:

And it shall come to pass, as soon as the soles of the feet of the priests that bear the ark of the LORD, the Lord of all the earth, shall rest in the waters of Jordan, that the waters of Jordan shall be cut off from the waters that come down from above; and they shall stand upon an heap.

And it came to pass, when the people removed from their tents, to pass over Jordan, and the priests bearing the ark of the covenant before the people;

That the waters which came down from above stood and rose up upon an heap very far from the city Adam, that is beside Zaretan: and those that came down toward the sea of the plain, even the salt sea, failed, and were cut off: and the people passed over right against Jericho.

And the priests that bare the ark of the covenant of the LORD stood firm on dry ground in the midst of Jordan, and all the Israelites passed over on dry ground, until all the people were passed clean over Jordan.

And he said, Draw not nigh hither: put off thy shoes from off thy feet, for the place whereon thou standest is holy ground.

For dogs have compassed me: the assembly of the wicked have inclosed me: they pierced my hands and my feet.

For thou hast delivered my soul from death: wilt not thou deliver my feet from falling, that I may walk before God in the light of the living?

Ponder the path of thy feet, and let all thy ways be established.

Wherefore if thy hand or thy foot offend thee, cut them off, and cast them from thee: it is better for thee to enter into life halt or maimed, rather than having two hands or two feet to be cast into everlasting fire.

For whosoever shall call upon the name of the Lord shall be saved.

And how shall they preach, except they be sent? as it is written, How beautiful are the feet of them that preach the gospel of peace, and bring glad tidings of good things!

Offering Your Feet to God 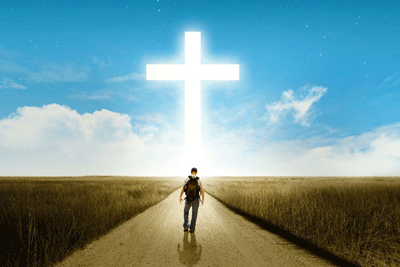 Feet are an amazing part of the human body that God has created, and He made them for a reason. Think about how many things you could not do if your feet werenÃ¢â‚¬â„¢t working the way He designed them to work.

But feet also carry us. They carry us toward good things and toward bad things. We have to make a choice with our feet. Unless I am running backwards, my life is heading in the direction my feet are pointing. The question we should all be asking is this:Ã‚Â Ã¢â‚¬Å“Where are my feet pointed?Ã¢â‚¬Â

The finish line is just up ahead. Finish well!!