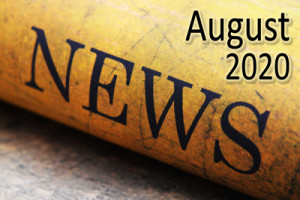 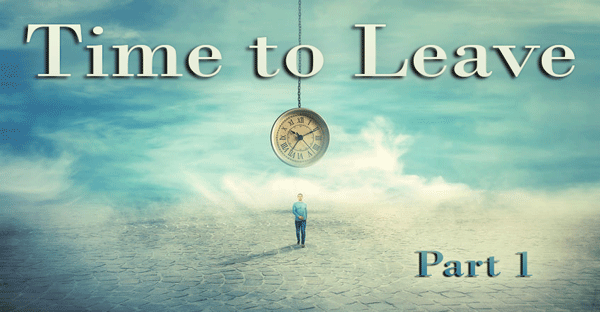 We have mentioned a few times through the years that to be a leader, you have to be a reader. Reading is fundamental. I often hear from people who tell me they have binge-watched certain shows or watched entire seasons of shows in 24 hours on Netflix or other streaming services. By the way, when have you ever binge-read some books? Read two books in a week or ten books in a month? One lady got a hold of us and said she read twelve books in two weeks during the lockdown! She was very excited because she read one of our books about witnessing, and now, she is fired up to share her faith! Praise ye the Lord!! I met a guy one day who made it his goal to read 300 pages a day! That is impressive. Not sure he sleeps, but it is really an ambitious goal! Fun guy to chat with. He had some very deep and well thought-out ideas.

Recently, I read 17 Reasons Why I Left the Tongues Movement by Alfred Pohl. I really enjoyed this book and wanted to cover this topic in a two-part newsletter. This is Part 1. Part 2 will come out in a couple of days. You can find the eBook, PDF, and hard copy at the following link. All page number citations below are from the PDF: 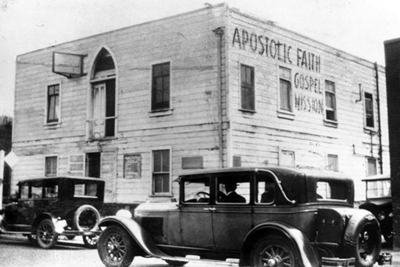 Alfred explains some of the background for his book and how he left the Charismatic movement after being entrenched in it for years. He wrote:

“I belonged to the Apostolic Church of Pentecost of Canada, Incorporated. I was raised in it from childhood, was saved and baptized in it, ordained in it, preached in it, taught in our Bible school for five years, and was our denomination’s missionary-secretary for five years, during which time I visited and spoke in most of our churches across Canada.” (p. 11)

One of the points he made loud and clear in this book was that even though he was caught up in this movement, he was always searching for truth. That was all that mattered to him. If he had been misled, he wanted to know. Biblical truth was more important to him than any denominational office he held. If it cost him something, that was fine. Truth was much more important to him than his position.

Two of the reasons he gave for leaving the movement were:

“An overemphasis of one gift of the Holy Spirit,” and “The teaching that tongues-speaking is a sign of spirituality and even of salvation.” (p. 12)

He also realized that:

“Tongues people build their doctrine of the Holy Spirit largely on the Book of Acts and 1 Corinthians, chapters 12-14. The emphasis falls upon Acts, and I recall my own ministry from this book, in which I would formulate doctrine without recognizing that it was a historical book, a record of the Church’s beginning and not primarily a book of doctrine as the Epistles are.” (p. 17)

He makes a good point here. Context is very important whenever you are reading something. At the moment, we are in the “banning books and movies” mode here in America. If one does not keep the historical context of a book, movie, or an erected statue in mind, then erasing past history, for one reason or another, wouldn’t be that hard to justify. Seems like we are nearing the point where George Orwell’s book, “1984,” will need to be moved from the Fiction to the Nonfiction section at Barnes and Noble! 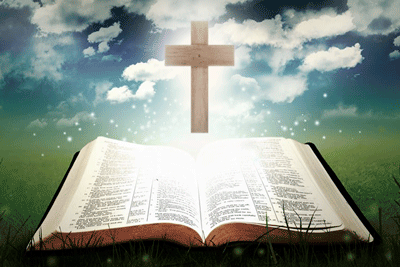 Alfred Pohl began to see that the emphasis on tongues was becoming the main focus of their faith:

“Tongues-speaking, according to them, is the evidence of the Baptism or Fullness of the Holy Spirit.

“This is the view held by many in the Tongues Movement, but not all subscribe equally to it. I was brought up to believe this and preached it. But this position, I found by study and observation, is untenable [not defendable]. Why?

1. If tongues-speaking is THE evidence, then all other evidences, such as witnessing for God (Acts 4:31) and the Christ-likeness of life and the fruit of the Spirit (Gal. 5:22-23) are ruled out.

2. Since obviously, tongues-speaking can be imitated, and is, by heathen spiritists, etc., it is a questionable evidence. Deception and counterfeit can enter in. This thought alone should make us seriously question such teaching. (p. 28)

He brings up an interesting point here. If you look into this subject further, you’ll find that ecstatic speech has been practiced throughout history by various religious and pagan groups. Did you know speaking in babbling tongues predates Christianity? The ancient Mithras cult spoke in babble. Plato mentions it. It was part of Osiris worship in ancient Egypt. Today, Hindus can speak in tongues. Catholics can speak in tongues. Same for the Mormons, African tribalists, Ethiopian shamans, Haitian Voodoo practitioners, Japanese cultists, and Eskimos, to name a few. Even some Satanists report speaking in babbling tongues. Many in these groups have credited this experience as the reason behind their renewed commitment to their belief system. But what, or who, is causing that renewed devotion?

“So, by the teaching that tongues-speaking is THE evidence of the baptism of the Holy Spirit, the door is opened to the possibility of false or counterfeit tongues being accepted as genuine evidence of the Holy Spirit fullness. On the other hand, what better evidence is there than a transformed life, a Christ-like life with the fruit of the Spirit in manifestation: “Love, joy, peace, longsuffering, gentleness, goodness, faith, meekness, temperance (Gal. 5:22,23)? This is difficult to imitate or counterfeit!” (p. 29,30)

One thing to always remember is that people cannot argue with a changed life. If someone has known you for a long time, and if they have seen the “before and after pictures of your life, then they know that something must have happened to cause that change. Many times, they want to know what that “something” is, which is an open door for us to share Jesus with them.

A friend of the ministry is a dispatcher at a local police station. She is different. Very different. Everyone there knows that. Why? She is a Christian. She prays for people. She witnesses to the police officers. She is very bold, in a womanly kind of way, as she shares her faith. Guess what? People listen to her all the time. A changed life is an amazing thing for a lost person to encounter.

Therefore if any man be in Christ, he is a new creature: old things are passed away; behold, all things are become new.

Alfred Pohl brought up another good point in his book:

“(Incidentally, tongues-speaking is not mentioned as occurring in any other of the churches to which epistles were written.)” (p. 35)

Now process that statement for just a second. If tongues were the evidence of salvation, why wouldn’t they be mentioned in every one of the epistles that Paul wrote? Paul was very clear in his writings. He emphasized the gospel and the cross. We need to do the same.

For I am not ashamed of the gospel of Christ: for it is the power of God unto salvation to every one that believeth; to the Jew first, and also to the Greek. 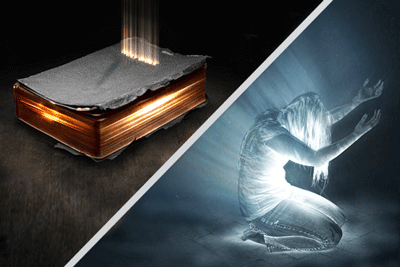 As with any experience, it must be tested and verified against the clear teaching of Scripture. Any experience, such as visions, dreams, tongues, etc., must be filtered through the Word of God to see if they pass the ultimate test of truth.

But with the precious blood of Christ, as of a lamb without blemish and without spot: Who verily was foreordained before the foundation of the world, but was manifest in these last times for you, Who by him do believe in God, that raised him up from the dead, and gave him glory; that your faith and hope might be in God.

The most sure thing we have in our hands today is the properly translated Word of God. Nothing even remotely comes close to it. Nothing. Interpreting the Word correctly is your safe harbor in the amazing days we live.

Please don’t forget that doctrine must come first and experience must come second. I enjoy chatting with people about all kinds of subjects. Recently, I was talking with someone about the tongues movement. I noticed something interesting as they were defending their views. They never used Scripture. They never used the Bible to back up their points. They always pointed me to experiences, anecdotal statements, or articles they wanted me to read. Look for those kinds of clues when you are discussing biblical matters with others. Also, watch out for those who want to force fit their beliefs onto the Bible, which usually twists the Scriptures.

Along with their dependence on extra-biblical experiences, Alfred Pohl noticed that something else cropped up:

“So with the teaching of a second blessing with tongues-speaking evidence comes this inevitable thought: All others are below par. I have arrived. I am on a higher plane. I am more spiritual.”

“This reminds me of the same attitude that was so prevalent in the Corinthian church and which Paul deplored. Just recently, my attention was drawn to a phrase that Paul used several times in his first letter to the Corinthians. You can find it in chapter five, verse two. The phrase is, “ye are puffed up.” Six times these words appear in this epistle. Strong’s Exhaustive Concordance of the Bible informs us that the words puffed up mean “inflated.” Inflated! (p. 46,47)

He is saying something very true here. I have noticed, too many times, that if someone speaks in some incoherent babble, they come across as if they think they are a better Christian than you because you don’t speak in babble. It is all in how they say it. When they talk about their “baptism in the spirit,” sometimes, they can come across as if they really mean: I have arrived at a place that you have not, and you are just a little less than me. That is so wrong on many levels. All of us need to guard against having a puffed-up attitude. That mindset doesn’t work when talking to unbelievers, and it doesn’t work when talking to believers either.

Remember that our assurance of salvation does not come through any experience; it comes by belief in Jesus and the promise of His Word. That is it. He cannot lie, which means I can trust Him and the Scriptures for the things I need to know about Him.

Verily, verily, I say unto you, He that heareth my word, and believeth on him that sent me, hath everlasting life, and shall not come into condemnation; but is passed from death unto life.

For whosoever shall call upon the name of the Lord shall be saved.

Keep trusting God and His Word, no matter how hard someone tries to get you to follow after the experiences they claim to have had. The Bible tells us, over and over again, to put our trust in God and His Word, to believe and trust Jesus alone, and to beware of those who would pull us away from the simplicity of faith and devotion to Christ.

Part 2 will be coming out in a couple of days. In it, we will unpack more about the tongues movement and show how trusting in experiences can lead to some extreme and questionable practices.