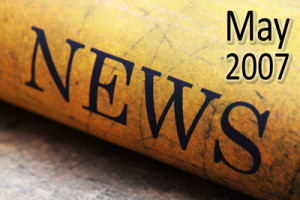 What Is Worse Than A Massacre?

We have all seen the pictures and the video footage. A killer was loose on a college campus. He killed thirty-two people and then he killed himself. Now come the questions: How can this happen? How could he do that? Are our kids safe? But there are also a few questions people donÃ¢â‚¬â„¢t want to touch on, so letÃ¢â‚¬â„¢s get straight to them.

Where was God on a day like that? Well, we have asked God to leave our public education system, therefore, it doesnÃ¢â‚¬â„¢t make sense to ask where He was at on that day. Look again at that day. Evil was written all over that day. You can see the fingerprints of Satan everywhere you look. Satan was a murderer from the beginning and he still is.

Ã¢â‚¬Å“The Lord is not slack concerning his promise, as some men count slackness; but is longsuffering to us-ward, not willing that any should perish, but that all should come to repentance.Ã¢â‚¬Â

When Cho Seung-Hui took his last breath, he was in for the biggest shock of the next part to his life. He had sinned horribly before God, and will now pay the consequences thereof. Some of those thirty-two people who took their last breath also got the shock of their life. They had also sinned horribly in this lifetime and were not ready to meet God. But some of those people who took their last breath had repented of their sins, and put their faith and trust in Jesus Christ, and they are so much more satisfied now than they could ever be at Virginia Tech.

And remember that you canÃ¢â‚¬â„¢t ask those folks now about eternity. It is too late.

Ã¢â‚¬Å“Say unto them, As I live, saith the Lord GOD, I have no pleasure in the death of the wicked; but that the wicked turn from his way and live…Ã¢â‚¬Â

What is worse than a massacre? People who know what it takes to get to heaven, and be right with God, and donÃ¢â‚¬â„¢t tell anyone. People who walked around the VA Tech campus as believers in Jesus Christ, and didnÃ¢â‚¬â„¢t strike up a conversation or hand a tract to Cho, the Jewish professor, or any of those other students, and didnÃ¢â‚¬â„¢t tell them about judgment day. Those people are just as selfish as Cho was. He wanted things his way. He didnÃ¢â‚¬â„¢t want to live this life GodÃ¢â‚¬â„¢s way. That is also the description of someone who knows what it takes to get to heaven and will not tell anyone. Total, utter, selfishness and nothing less.

Thank God for second chances though. We all need them, and He gives them to us many times in this life. Now what are you going to do with the time left? Will you still keep Jesus to yourself, or will you now make your bold stand for our Lord? If you could talk with any of those folks that died, everyone in hell would want to come back, repent of their sins, and become born againÃ¢â‚¬â€but it is too late. Any of the people that died and went to heaven, would only want to come back for one thingÃ¢â‚¬â€to tell some lost soul about Jesus. Why? It is one thing you canÃ¢â‚¬â„¢t do in heaven. You canÃ¢â‚¬â„¢t tell a lost soul about why Jesus was crucified for their sins. So will you use your time wisely in the coming days to reach those lost people for the Lord?

Christians if you aren’t boldly sharing your faith with the lost, you are in for the biggest shock of your life when you die. You must reach lost people here. We ask how could Cho or Dylan Klebold or Eric Harris do something like that? I would much rather ask how can a Christian keep Jesus to himself? What Christians were reaching out to those guys before they took their last breath and chose hell for eternity? Where are those bold followers of Jesus who will not sway to the politically correct world of keeping Jesus to yourself, but will please Jesus above all else that you will ever do in this lifetime?

P.S. People keep talking about the Hokie spirit that is going to get them through all of this up at VA Tech. If you think about it, that is really a hokey thing to talk about. It is the Holy Spirit that will get you through this lifetime as He guides you into truth, and Who will get you into the right place in the next life as well.