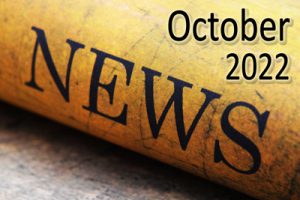 I Don’t Need that Kind of Stress 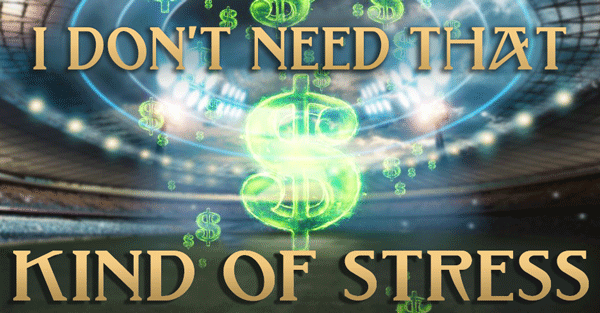 Locking antlers with another human being can be fun sometimes. As long as two Type-A males don’t get too serious, it can lead to an interesting time.

I was going to buy coffee for the guy in line behind me. He didn’t seem real interested in that! Sometimes, people can’t take a blessing, and sometimes, they can. Some people are so guarded that they can’t accept a gesture of good will. They take “providing for themselves” to an extreme.

As we locked horns and began chatting, I asked what he did for a living. He said, “Gambling.” I asked how he did the previous weekend. He replied, “I lost 50.”

Now, of course, none of us likes to lose, and that especially holds true for us Type-A guys!

Behind the Gambling Curtain

Gambling is basically coveting. It means someone is coveting money. And that money will either give someone a sense of security or buy them things, like a new house, a new car, or a new wardrobe. But just wanting material things is coveting as well. The new car someone buys is going to sit in the same traffic as the older car that is paid off would.

I was talking with a security guard in Lake Tahoe one time. He told me that he used to be a security guard at a casino. I asked him how he liked that job. He said, “Do you know what it is like to see a man gamble away his rent money and watch his wife ream him out?” He implied that he had seen that more than once. It’s not a good job to watch scenes like that.

Here is an interesting quote about gambling and Tom Dewey, the attorney who prosecuted mafia boss “Lucky” Luciano and many other racketeers. He eventually became governor of New York:

“Yet, when Tom Dewey was governor, he addressed the NY legislature as follows: ‘The entire history of legalized gambling in this country and abroad shows that it has brought nothing but poverty, crime, and corruption, demoralization of moral and ethical standards, and ultimately a lower living standard and misery for all the people.’ A gambler can become just as addicted to his bewitching pastime as the alcoholic does to his liquor or the drug addict to drugs.”

I really can’t think of anything good that comes from gambling.

Now, we have all of the betting through fantasy sports leagues and I have heard there is even gambling information inside of stadiums. And some sports leagues have reached the point where they are partnering with gambling outfits to allow betting inside of or next to stadiums. Sports franchises used to stay far, far away from those organizations, but not anymore. Not only that, but sports gambling can be highly addictive.

80 to 90 percent of individuals who attend Gamblers Anonymous report engaging in illegal acts to get money for gambling.

Nearly 70 percent of gamblers assessed as having a severe problem reported engaging in illegal acts relating to gambling, compared to roughly 26 percent assessed to have moderate severity….

A study of Gamblers Anonymous members found that 57 percent had stolen to finance their gambling with a combined financial impact of theft equaling $30 million.

For what shall it profit a man, if he shall gain the whole world, and lose his own soul?

And he said unto them, Take heed, and beware of covetousness: for a man’s life consisteth not in the abundance of the things which he possesseth.

Let your conversation be without covetousness; and be content with such things as ye have: for he hath said, I will never leave thee, nor forsake thee.

For the love of money is the root of all evil: which while some coveted after, they have erred from the faith, and pierced themselves through with many sorrows.

Wealth by vanity shall be diminished: but he that gathereth by labour shall increase.

Lay not up for yourselves treasures upon earth, where moth and rust doth corrupt, and where thieves break through and steal:

But lay up for yourselves treasures in heaven, where neither moth nor rust doth corrupt, and where thieves do not break through nor steal:

For where your treasure is, there will your heart be also.

And, by the way, how would you ever enjoy a sporting event if you were betting on it? Wouldn’t watching the event stress you out? Just one missed field goal, and you might lose your bet.

The antler guy told me he lost “50” last weekend. As the conversation continued, that was not $50 that he lost. He lost $50,000 last weekend. You should have seen his face. No, thanks. I don’t need that kind of stress in my life. I would rather give $50,000 away to Kingdom work than ever try to gamble and win $50,000 any day of the week. And, don’t forget that the payoff for investing in Kingdom work is out of this world!

P.S.  Giving others the gift of truth is a priceless investment in their lives now and in eternity. And we’ve put our Non-Fiction bundle of books on sale to help you to be equipped to reach others and to equip others to be saved. Check out the special that is going on now at the link below: 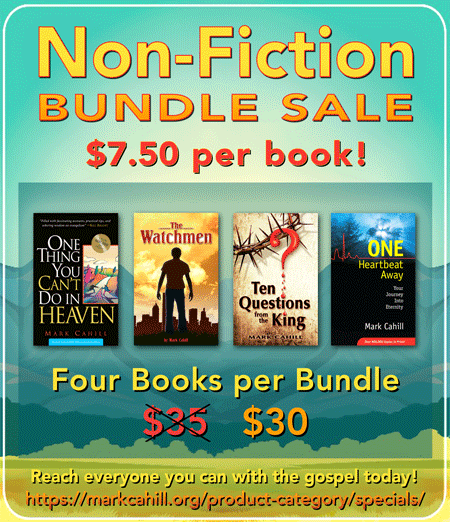