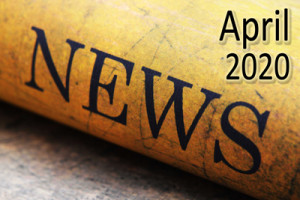 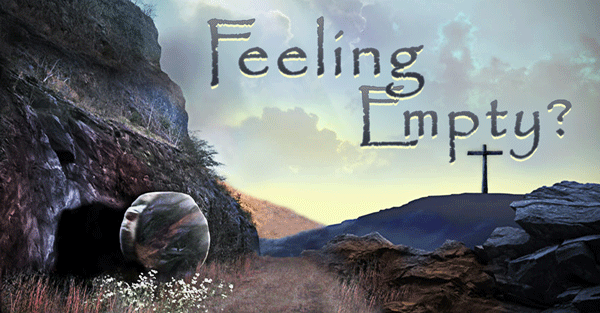 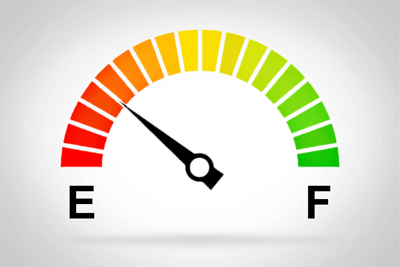 What if your wallet or pocketbook is empty because you took the time to bless others, and it emptied you out? Sometimes, I take ten tracts, wrap a $10 bill around each one, and make it my goal to find ten people to bless that day. It is really enjoyable to pray beforehand and watch God lead me to the right people. I did that for the people working behind the deli counter in a grocery store one day. They were so, so thankful for the blessing. I also did that at a Chipotle restaurant a few weeks ago. (Do you get the feeling I like to eat too much?!!) I had those tracts ready to give to each of the workers. One worker yelled to someone in the back, Ã¢â‚¬Å“Get out here and get your blessing!Ã¢â‚¬Â It was a fun time. After I explained to them what the tracts were about, some of them wanted books as well. God is good!

Empty gas tanks are no fun. But what if it is empty because you went to visit your parents in a nursing home? What if it is empty because you picked up a homeless man and drove him to the other side of town? When I was teaching back in the day, one of my students picked up a guy on the side of the street and drove him all the way to the other side of Columbus, GA. Well, he was late getting home and his momma was mad. Matt told her that God had led him to pick up that man, so he knew there wouldnÃ¢â‚¬â„¢t be any problems and that he would be safe. His mom calmed down a bit, but then she got spitting mad again. Who did she get mad at? ThatÃ¢â‚¬â„¢s right: MattÃ¢â‚¬â„¢s teacher, Mr. Cahill!! She was none too happy that her son was picking up hitchhikers. So, I had to let her know that I didnÃ¢â‚¬â„¢t tell the students to pick up hitchhikers; I just challenged them to live out their faith. That was the kind of son they were raising. Interestingly, the family and I are still friends to this day!

As you can see, empty isnÃ¢â‚¬â„¢t always a bad thing. 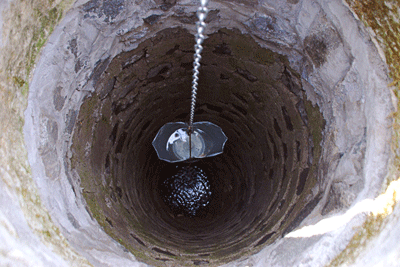 And they took him, and cast him into a pit: and the pit was empty, there was no water in it.

The empty pit that Joseph was left in could not have been fun place at all. But what Joseph and his brothers didnÃ¢â‚¬â„¢t understand was that God was going to empty that pit again. And that pit becoming empty would lead to the saving of the Jewish people! An empty pit is not always a bad thing.

And I will give this people favour in the sight of the Egyptians: and it shall come to pass, that, when ye go, ye shall not go empty.

Have your pockets been empty before? Just nothing in them? Ã‚Â Nothing to pay those upcoming bills with? It isnÃ¢â‚¬â„¢t a good feeling, is it? But have you ever had a blessing show up at just the right moment? I mean, the exact right time! That time when you thought there was no answer but then, suddenly, the answer showed up? That time when the blessing arrived and God got all of the credit? That time when you shouted Ã¢â‚¬Å“HallelujahÃ¢â‚¬Â or Ã¢â‚¬Å“Praise ye the LordÃ¢â‚¬Â?!! We wouldnÃ¢â‚¬â„¢t have seen the blessing unless there was nothing but empty in those pockets first. 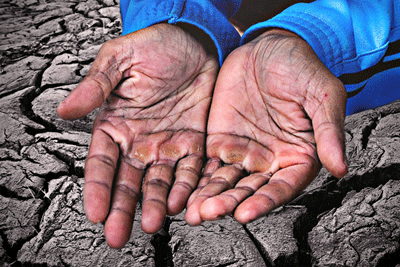 I went out full and the Lord hath brought me home again empty: why then call ye me Naomi, seeing the Lord hath testified against me, and the Almighty hath afflicted me?

Naomi left Bethlehem with her husband and sons to find food in the land of Moab. After her husband and sons died, she returned to Bethlehem with her daughter-in-law, Ruth. Naomi felt very empty handed. She had no idea how God would use the faith she had poured into Ruth. She trusted Boaz to fulfil the duties of their nearest kinsman to redeem her and her familyÃ¢â‚¬â„¢s property. And from Boaz came Obed, the grandfather of David, from whom came the true Kinsman-Redeemer for all of mankind, the Lord Jesus. God more than filled NaomiÃ¢â‚¬â„¢s hands of faith.

We never want to appear before the Lord empty-handed. We want to bless Him since He has blessed us with salvation. Even if we give Him a widowÃ¢â‚¬â„¢s mite, He knows our heart. He knows we have a giving heart that wants to bless Him. We have only one life on earth to earn some crowns to place at the feet of Jesus when we die. If the twenty four elders in Heaven cast their crowns at the feet of Jesus, then we will do the same.

If the clouds be full of rain, they empty themselves upon the earth: and if the tree fall toward the south, or toward the north, in the place where the tree falleth, there it shall be. 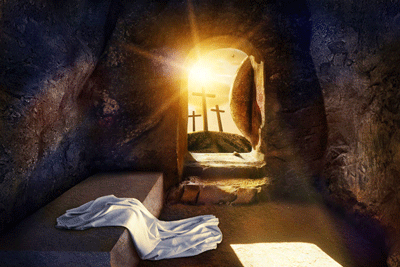 1 The first day of the week cometh Mary Magdalene early, when it was yet dark, unto the sepulchre, and seeth the stone taken away from the sepulchre.

2 Then she runneth, and cometh to Simon Peter, and to the other disciple, whom Jesus loved, and saith unto them, They have taken away the Lord out of the sepulchre, and we know not where they have laid him.

3 Peter therefore went forth, and that other disciple, and came to the sepulchre.

4 So they ran both together: and the other disciple did outrun Peter, and came first to the sepulchre.

5 And he stooping down, and looking in, saw the linen clothes lying; yet went he not in.

6 Then cometh Simon Peter following him, and went into the sepulchre, and seeth the linen clothes lie,

7 And the napkin, that was about his head, not lying with the linen clothes, but wrapped together in a place by itself.

8 Then went in also that other disciple, which came first to the sepulchre, and he saw, and believed.

9 For as yet they knew not the scripture, that he must rise again from the dead.

10 Then the disciples went away again unto their own home.

Ã‚Â Ã‚Â Ã‚Â Ã‚Â  An empty tomb or an empty grave might scare you. You know something is not right if the body you put in there is missing. Pretty simple. But even if you are caught off guard, there might be a good reason behind it all that you canÃ¢â‚¬â„¢t see at the moment.

And if Christ be not raised, your faith is vain; ye are yet in your sins.

One thing I want to encourage you to do is to talk about the resurrection of Jesus Christ throughout the entire year. The resurrection is the single, most important event that sets Him apart from every other spiritual leader of any other religion. I was listening to a podcast yesterday, and the host was trying to lump Judaism, Christianity, and Islam together in the same hopper. He said there was no real difference between them. Of course, that is the furthest thing from the truth, and the resurrection is the main reason why. 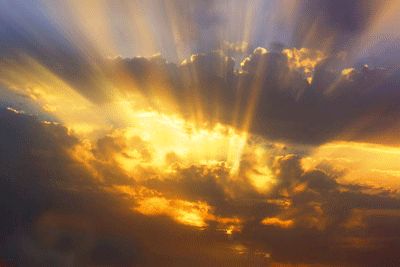 Empty is not a bad thing. When Jesus conquered death, it means all of us will conquer death as well.

And many of them that sleep in the dust of the earth shall awake, some to everlasting life, and some to shame and everlasting contempt.

12 And I turned to see the voice that spake with me. And being turned, I saw seven golden candlesticks;

13 And in the midst of the seven candlesticks one like unto the Son of man, clothed with a garment down to the foot, and girt about the paps with a golden girdle.

14 His head and his hairs were white like wool, as white as snow; and his eyes were as a flame of fire;

15 And his feet like unto fine brass, as if they burned in a furnace; and his voice as the sound of many waters.

16 And he had in his right hand seven stars: and out of his mouth went a sharp twoedged sword: and his countenance was as the sun shineth in his strength.

17 And when I saw him, I fell at his feet as dead. And he laid his right hand upon me, saying unto me, Fear not; I am the first and the last:

18 I am he that liveth, and was dead; and, behold, I am alive for evermore, Amen; and have the keys of hell and of death.

Make sure you are getting everyone ready for that day when they will meet King Jesus!