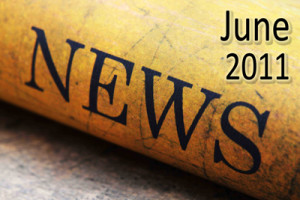 Where is His Coming?

If you are reading this, then you didnâ€™t get raptured on May 21st! Sadly, Harold Campingâ€™s false prediction of the rapture got a lot of airtime all over the world. Looking at different websites from different countries, you could see the mockeryâ€”atheists even had parties scheduled for May 22nd just to mock believers in Jesus Christ.

Of course, it only takes a simple study of Harold Camping to realize that he is a false teacher. His family radio group owns a bunch of radio stations across America, and I caught one of them once when I was traveling. As I listened, I kept thinking, â€˜That isnâ€™t Biblical.â€™ So once again, knowing the Bible is such a key component to prevent being led astray by false doctrine. Did you know that Mr. Camping had already predicted the return of Jesus in 1994? This man had already proven himself to be a false prophet, so no one should have been listening to him this time!

Lost people also forget to tell you that they love predicting events as well. Remember Y2K? Everything was going to shut down because of a computer glitch and that never happened. Back in the 70s, there was going to be another ice age, and now theyâ€™re worried about global warming. The other date people are looking toward now is December 21, 2012, because that is the day the Mayan calendar ends, and there is also other information that points to that day as the date of a big event.

â€œKnowing this first, that there shall come in the last days scoffers, walking after their own lusts, And saying, Where is the promise of his coming? for since the fathers fell asleep, all things continue as they were from the beginning of the creation.â€

In the end of days, people are going to mock Christians about where Jesus is and why He hasnâ€™t come back yet. All Harold Camping did was give them more fuel for the fire. Where is He? Where has He been? What has taken Him so long?

But you can rest assured that since Jesus said He was coming back, He will!

â€œAnd I saw heaven opened, and behold a white horse; and he that sat upon him was called Faithful and True, and in righteousness he doth judge and make war. His eyes were as a flame of fire, and on his head were many crowns; and he had a name written, that no man knew, but he himself. And he was clothed with a vesture dipped in blood: and his name is called The Word of God.â€

Now should we be talking about the return of Jesus Christ and the end days? You better believe we should!

â€œAnd as he sat upon the mount of Olives, the disciples came unto him privately, saying, Tell us, when shall these things be? and what shall be the sign of thy coming, and of the end of the world? And Jesus answered and said unto them, Take heed that no man deceive you. For many shall come in my name, saying, I am Christ; and shall deceive many. And ye shall hear of wars and rumours of wars: see that ye be not troubled: for all these things must come to pass, but the end is not yet.â€

If Jesus talked about the end of the world with His disciples, we can talk about it as well. But remember one thing Jesus never did: He didnâ€™t give a date. He told people to look for signs. And as all the signs add up, we are getting very close to His return.

â€œAnd there shall be signs in the sun, and in the moon, and in the stars; and upon the earth distress of nations, with perplexity; the sea and the waves roaring; Menâ€™s hearts failing them for fear, and for looking after those things which are coming on the earth: for the powers of heaven shall be shaken.â€

Can you imagine something so momentous happening that menâ€™s hearts will literally fail them because of fear? Could it be a 12-point or higher earthquake? Could it be a sign in the heavens of a planet coming out of alignment and heading toward earth? Or a comet? What if a UFO appeared? Whether it is real, which means it would be demonic, or whether it is a hologram or some other trick, you could see how peopleâ€™s hearts would fail them because of fear.

So if these days are approaching, what do Christians need to be doing? Warning people!

One of the more fascinating stories that came from the tsunami in Japan was a town of 11 houses and 34 residents where no one died. It was in the Iwate Prefecture, which was one of the hardest hit of all areas. (http://www.theblaze.com/stories/this-small-mystical-stone-saved-japanese-villagers-from-tsunamis-lethal-effects/) So why did no one die? They were warned.

The tsunami in that area was over 120 feet! Just think about that for a second. It was over 12 stories high! Yet, no one died. Why? There was a stone up on the hillside of the town that someone placed there long ago. Written on the stone was a warning telling people not to build houses below a certain point because of tsunamis. Some people believe the stone is more than 600 years old! People from a previous generation were warning the future generation of what can happen with a tsunami. Everyone in this town had built their houses well above the warning stone. Because they heeded the warning, all of the peopleâ€™s lives were preserved.

Remember that everyone reading this newsletter and whomever you pass it along to is going to die. The wages of sin is death. What I donâ€™t want is peopleâ€™s hearts failing them for fear when they meet God on that day. I want them ready for that meeting!

Remember one of the most loving things we can do is warn people. Stick to Biblical principles as you do that. Judgment Day is coming. Everyone is going to stand in front of God. The question is, are they ready for that encounter? And as a Christian, are you warning people of the Judgment to come? The days run short. Keep using them wisely by getting people ready to meet the Creator of this universe!!

P.S. I picked up a guy walking along the street the other day to give him a ride. Logan told me that he was 19 and recently started going to a Bible study. With his dad in prison, I figured that is what got his attention, but it wasnâ€™t. He said he saw the billboards talking about the end of the world, and he figured he better go find out if all of that was real! So even though Mr. Camping was wrong again with his prediction, God did use the incident in one manâ€™s heart to begin the search process and figure out what he was going to believe. God can even use false teaching to draw people to Him!