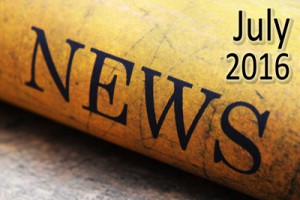 Last month, I received an email at the ministry about the death of Muhammad Ali. The man who sent it was intrigued with all of the fanfare about him, his life, and his funeral. It seemed to be the only topic of conversation on the news channels.

There was a long list of speakers and pallbearers at his funeral. You can look over that list here: http://wfpl.org/speakers-pallbearers-alis-funeral/

As you can tell, there is a very Muslim flavor to that list. The reason for that is Muhammad Ali was a Muslim. Islam was his belief system. He chose to put his faith and trust in Allah. How do you think that is working out for him right now?

Mormons, Jews, and other religious faiths are also found on that list. Notice that Bill Clinton, Billy Crystal, Mike Tyson, Will Smith, and many others were in attendance. But if you look closely at the list, there was also a Christian pastor who spoke there. He was given one of the slots at this funeral to speak. Think about that for a second. You get one shot. Ten minutes to get your point across. A 19,000-seat arena and a multitude watching on TV. What are you going to say? What is going to be your point? Are these people going to hear the gospel? Are these folks going to walk away with one Scripture verse so stuck in their head that they will never forget it? Will they exit the arena thinking about their own eternal destinations? Well, here is Dr. Kevin Cosby speaking at Muhammad AliÃ¢â‚¬â„¢s funeral. Please take eleven minutes of your life to watch him. It is fascinating:

Every sacred document conspired that the African in America that God was guilty of created malfeasance? Does this man read his Bible?

All of these people stood with him when he was in the mud? My, my. Muhammad Ali is not in the mud anymore. He is in a lake of fire because of his hatred for the biblical Jesus. I wonder how many of those folks will be standing alongside him there?

Where were the Scripture verses in Dr. CosbyÃ¢â‚¬â„¢s talk? Nowhere to be found. Where was the gospel in his message? Non-existent.

Did he have any plans to mention the Jesus of the Bible? He mentioned the name Jesus from a poem he wrote or quoted, but where was the Jesus of Scripture?

Some verses came to mind as I was listening to him:

Ã¢â‚¬Å“Jesus saith unto him, I am the way, the truth, and the life: no man cometh unto the Father, but by me.Ã¢â‚¬Â

But see, those verses wouldnÃ¢â‚¬â„¢t go over so well because Muslims donÃ¢â‚¬â„¢t believe Allah had a Son.

Ã¢â‚¬Å“And I saw a great white throne, and him that sat on it, from whose face the earth and the heaven fled away; and there was found no place for them. And I saw the dead, small and great, stand before God; and the books were opened: and another book was opened, which is the book of life: and the dead were judged out of those things which were written in the books, according to their works. And the sea gave up the dead which were in it; and death and hell delivered up the dead which were in them: and they were judged every man according to their works. And death and hell were cast into the lake of fire. This is the second death. And whosoever was not found written in the book of life was cast into the lake of fire.Ã¢â‚¬Â

Ã¢â‚¬Å“And from Jesus Christ, who is the faithful witness, and the first begotten of the dead, and the prince of the kings of the earth. Unto him that loved us, and washed us from our sins in his own blood,Ã¢â‚¬Â

Or maybe just go back to that workhorse of a verse that so, so many people know:

Ã¢â‚¬Å“For God so loved the world, that he gave his only begotten Son, that whosoever believeth in him should not perish, but have everlasting life.Ã¢â‚¬Â

When I finished listening to Dr. CosbyÃ¢â‚¬â€¢and I have to be honestÃ¢â‚¬â€¢it was a total letdown. What a total mockery of the Scriptures. How in the world can this man be the pastor of a church? But when you go to his churchÃ¢â‚¬â„¢s website, it begins to make more sense. This man is all about black empowerment. You canÃ¢â‚¬â„¢t miss it when you read his bio:

What did he miss here, though? Black, white, Asian, or HispanicÃ¢â‚¬â€¢we will all be standing before the throne of God very, very soon. DoesnÃ¢â‚¬â„¢t matter if you were a prince or a pauper, Judgment Day will arrive on your schedule.

We actually see an encounter in the Scriptures where Paul was standing before a king. He was brought before the mighty rulers of his time. What was Paul going to do? Was he going to preach Jewish empowerment? Was he going to cozy up to the King hoping to get into an early-release program? If you want to read something fascinating, read about this entire event in Acts 26. You will find out, very quickly, why God was able to use Paul in such a mighty way during his days on planet Earth!

One verse in that chapter always sticks out to me:

Ã¢â‚¬Å“To open their eyes, and to turn them from darkness to light, and from the power of Satan unto God, that they may receive forgiveness of sins, and inheritance among them which are sanctified by faith that is in me.Ã¢â‚¬Â

Wow. How would all of those Muslims at Muhammed AliÃ¢â‚¬â„¢s funeral responded if they heard that verse?

Ã¢â‚¬Å“Then Agrippa said unto Paul, Almost thou persuadest me to be a Christian.Ã¢â‚¬Â

Remember seeing on CNN, after the funeral, when Bill Clinton said, Ã¢â‚¬Å“After Dr. Cosby talked, he almost persuadest me to become a ChristianÃ¢â‚¬Â? Well, there was a reason why you didnÃ¢â‚¬â„¢t hear that. Dr. Cosby wasnÃ¢â‚¬â„¢t doing any persuading. It is as simple as that.

When I found out that a Christian man would be speaking at AliÃ¢â‚¬â„¢s funeral, I prayed for him throughout the week. I prayed for his boldness. I prayed that he would not care what people thought about him and that he would shoot it straight. Even though the Lord was drawing him to do that, Dr. Cosby still has free will. He can get up there and say whatever he wants. But what he said did not glorify the Lord in the least.

I have emailed and called Dr. CosbyÃ¢â‚¬â„¢s church with a few questions. But as of yet, I have not received a response from them.

I hope he enjoyed the standing ovation he got at the end of his eulogy. He sure didnÃ¢â‚¬â„¢t get a standing Ã¢â‚¬ËœOÃ¢â‚¬â„¢ from the Lord or from Muhammad Ali.

One thing to know about Muhammad Ali is he was a very racist man during his lifetime here on planet Earth. Here are some of his quotes. Read them and weep:

Ã¢â‚¬Å“He called for a complete separation of the races. Ã¢â‚¬ËœIntegration is wrong,Ã¢â‚¬â„¢ he insisted, Ã¢â‚¬Ëœwe donÃ¢â‚¬â„¢t want to live with the white man. IÃ¢â‚¬â„¢m sure no intelligent white person in his or her right mind wants black men and women marrying their white sons and daughters and in return introducing their grandchildren to half brown, kinky haired people. I want to be with my own. No women on this whole earth can please me and cook for me and socialise and talk to me like an American black woman. You canÃ¢â‚¬â„¢t take no Chinese man and give him no Puerto Rican woman and talking like theyÃ¢â‚¬â„¢re in love and emotionally in love and physically.Ã¢â‚¬â„¢

Ã¢â‚¬Å“Explaining why he believed all white men were also Ã¢â‚¬Ëœthe devil,Ã¢â‚¬â„¢ Ali said: Ã¢â‚¬ËœIÃ¢â‚¬â„¢ve heard Elijah Muhammad say that many white people mean right and in their heart want to do right. But if 10,000 rattlesnakes were coming down the aisle right there and I had a door I could shut, and one thousand of those snakes meant right, they didnÃ¢â‚¬â„¢t want to bite me and I knew they were good. Should I let those rattlesnakes come down, hoping those one thousand get together and form a shield? Or should I close the door and stay safe?

Ã¢â‚¬Å“AliÃ¢â‚¬â„¢s rampant racism even extended to wanting blacks who had sex with whites to be murdered:

Ã¢â‚¬Å“Ã¢â‚¬â„¢A black man should be killed if heÃ¢â‚¬â„¢s messing around with a white woman,Ã¢â‚¬â„¢ he said.

Ã¢â‚¬Å“And if a black woman was messing with a white man? Ã¢â‚¬ËœThen she dies. Kill her too.Ã¢â‚¬â„¢Ã¢â‚¬Â

Ã¢â‚¬Å“Behold, God is great, and we know him not, neither can the number of his years be searched out.Ã¢â‚¬Â

Ã¢â‚¬Å“After these things the word of the Lord came unto Abram in a vision, saying, Fear not, Abram: I am thy shield, and thy exceeding great reward.Ã¢â‚¬Â

Only the God of the universe is great. God the Father, God the Son, and God the Holy Spirit are great. No other so-called god falls in that category, and you can bet your bottom dollar no human being will ever be in that category or nudge their way into GodÃ¢â‚¬â„¢s territory.

Ã¢â‚¬Å“Therefore hell hath enlarged herself, and opened her mouth without measure: and their glory, and their multitude, and their pomp, and he that rejoiceth, shall descend into it. And the mean man shall be brought down, and the mighty man shall be humbled, and the eyes of the lofty shall be humbled: But the Lord of hosts shall be exalted in judgment, and God that is holy shall be sanctified in righteousness.Ã¢â‚¬Â

Remember that mighty men will all take their fall. Judgment is coming. God will be exalted. Why? Because He is The Greatest!

I emailed the guy back and told him not to worry. We wonÃ¢â‚¬â„¢t even be talking about Muhammad Ali in a week or so. He will be old news. Little did I know that within 48 hours, the attack at Pulse Nightclub in Orlando would take place. Mr. Ali was wiped off of all the newscasts, and I havenÃ¢â‚¬â„¢t heard his name since.

Thanks again for all of the One Heartbeat Away books that you give away. So many people can be One Pulse Away from eternity and not even know it. Keep having a blessed and bold summer for the Lord as you knock people out with truth!

P.S. Please take a look at this website: https://www.thereligionofpeace.com/ If you look on the left-hand side, you can see the number of terror attacks committed by Muslims around the world. There are many more going on than just Orlando. The religion of peace is not so peaceful. Please reach these people before they kill someone else or take their last breath themselves.

P.P.S. A friend of the ministry sent in a picture of this man and explained that he is a retired Air Force veteran who is currently in a false belief system. He was happy to receive One Heartbeat Away, and after a great conversation about the truth of salvation, promised to read it Ã¢â‚¬Å“for sureÃ¢â‚¬Â! 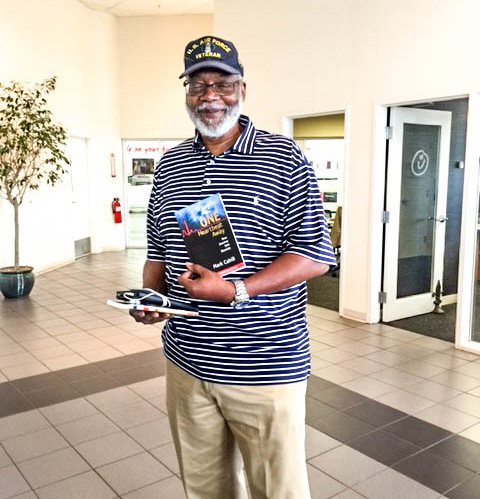