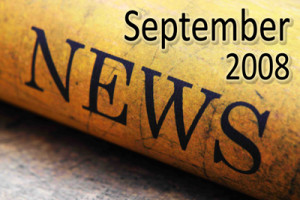 Some Doctrine Each Day Will Keep Sin Away

Recently, I was reading an article about one of the current churches in America called Granger Community Church. It is a church in Indiana that is considered to be a Ã¢â‚¬Å“seeker sensitiveÃ¢â‚¬Â church. It has been listed as one of the top ten most influential churches in America. They are trying to reach out to the un-churched to make them feel welcomed in a church.

I have told people in the past that one of the dangers of a Ã¢â‚¬Å“seeker sensitiveÃ¢â‚¬Â church is that you run the risk of dumbing down the message to the audience. You donÃ¢â‚¬â„¢t want to offend these people that have finally started coming to church, so you keep it nice, simple, non-combative, non-confrontational, user friendly, etc. The problem as I see it, is that church isnÃ¢â‚¬â„¢t for the un-churched. It is for the churched/born again believer. It is a time of corporate worship amongst believers of Almighty God, to praise His amazing greatness, to study and learn His word: the Bible. Church isnÃ¢â‚¬â„¢t for seekers; it is for born again believers.

Granger Community Church, which I believe has been around for about 22 years, conducted a survey of its people in all types of areas. Part of the survey was regarding the spiritual beliefs of those who attend their church. Since the pastor and pastoral staff are responsible for what is taught in a church, then what people believe is a direct reflection of their teaching.

Well, here are some of the results. 47% of those who attend that church do not believe in salvation by grace alone. That is kind of interesting. Because if you do not believe in grace alone, then the only other thing you can believe in is works alone or grace and works for salvation. Either way, that means that 47% of the people going to that church are false converts. Period. When you add anything to the blood and cross of Jesus Christ, it is no longer Christ alone. Roman Catholicism, Hinduism, Buddhism, Islam, New Age, etc. all believe in a works based salvation. The only problem is that it is not Biblical.

56% of those surveyed do not believe Jesus is the only way to eternal life. If He is not the only way, that means there are many ways. If you believe there are many ways to get to heaven, then you might have a chance one day to be on Oprah, because that is exactly what she believes. This is the current approach of universalism in that there is one God and many paths to get there.

So as you can see, we have a problem on our hands. The problem is Granger Community Church should shut its doors and repent to Almighty God for trying to be relevant instead of Biblical, along with any other Ã¢â‚¬Å“seeker sensitiveÃ¢â‚¬Â church. Or it is time to start teaching some sound Biblical doctrine at that church and all Ã¢â‚¬Å“seeker sensitiveÃ¢â‚¬Â churches and repent that they havenÃ¢â‚¬â„¢t been doing so.

Ã¢â‚¬Å“They also that erred in spirit shall come to understanding, and they that murmured shall learn doctrine.Ã¢â‚¬Â

Ã¢â‚¬Å“Woe to the rebellious children, saith the LORD, that take counsel, but not of me; and that cover with a covering, but not of my spirit, that they may add sin to sin:Ã¢â‚¬Â

You see, we are going to take counsel from someone. Is it going to be the God of the Bible or will it be the devil? It really is one or the other.

Ã¢â‚¬Å“And it came to pass, when Jesus had ended these sayings, the people were astonished at his doctrine:Ã¢â‚¬Â

Ã¢â‚¬Å“For he taught them as one having authority, and not as the scribes.Ã¢â‚¬Â

You see doctrine is learning, instruction, teaching, etc. The word Ã¢â‚¬ËœdoctrineÃ¢â‚¬â„¢ shows up 56 times in the Bible in places where we are taught the truths of the faith.

How could people at that church have those beliefs if they were learning the truths of the faith? The answer is they couldnÃ¢â‚¬â„¢t. If the preacher kept preaching that Jesus was the only way to heaven, they would either be moved by the Spirit of God to come into agreement with that teaching, or they would leave the church and go somewhere else. And you know what? That is just fine. We have got to stop preaching, speaking, and talking to please the masses. We are either here to please God, or we are wasting our time. Period.

Ã¢â‚¬Å“But in vain they do worship me, teaching for doctrines the commandments of men.Ã¢â‚¬Â

Ã¢â‚¬Å“Then understood they how that he bade them not beware of the leaven of bread, but of the doctrine of the Pharisees and of the Sadducees.Ã¢â‚¬Â

Right now I am looking at a book called Ã¢â‚¬Å“Basic Bible DoctrinesÃ¢â‚¬Â by Dr. Chester A. Ward. Looking at the table of contents, here is some of what he covers in the book: The Scriptures, God the Father, God the Son, God the Holy Spirit, Man, Sin, Salvation, The Church, Christian Stewardship, Last Things which includes heaven and hell, the Great White Throne Judgment, the Second Coming of Christ, etc. These are called the Doctrines of the Faith. Where are we supposed to be learning these doctrines? We learn them in our own personal study time and at church. If you are not learning these in your own personal study time, change your study habits. If you are not learning these in your church, change the church that you attend.

Ã¢â‚¬Å“Now I beseech you, brethren, mark them which cause divisions and offences contrary to the doctrine which ye have learned; and avoid them.Ã¢â‚¬Â

Even in the days of the Romans, there was false doctrine being spread against the doctrine that they had been taught. And what was the advice? Avoid them at all costs. Why? Because if a little bit of that bad teaching gets in you, it can grow and grow and grow.

In the last week, I watched a video of some church that had a motorcycle being driven through it during the worship service. Yes, it was part of the service. The man lost control of the motorcycle, it hit a table and then a wall. I watched a supposed worship leader sing a secular song during worship. He threw in the word Jesus every now and then, and thought that was worship towards our Lord. It is not going to surprise me to see a church in the coming days try to recreate the opening ceremonies from the Beijing Olympics at their church, thinking it will glorify the Lord.

Do you remember the newsletter I did a couple of months ago about Todd Bentley? Here is an article from an editor of Charisma Magazine who had some major criticisms on what happened down there: http://fireinmybones.com/. In his article, he had a very interesting quote from a Pentecostal evangelist who said:

Ã¢â‚¬Å“IÃ¢â‚¬â„¢m now convinced that a large segment of the charismatic church will follow the anti-Christ when he shows up because they have no discernment.Ã¢â‚¬Â

If you do not know doctrine, you are now, and will be deceived, in the coming days.

There are interesting days ahead, folks. If the Anti-Christ pops up on the scene soon, will you follow him? One way to be sure that you donÃ¢â‚¬â„¢t is to know correct Biblical doctrine today. Stand up for it today. Obey what you read today. Reach the lost today. And if you do these things, it will be much easier to do the exact same thing tomorrow.

P.S. If you want two really good discernment websites that can help you spot some of the false teachings out there, try www.christianresearchnetwork.com/ and www.alittleleaven.com/