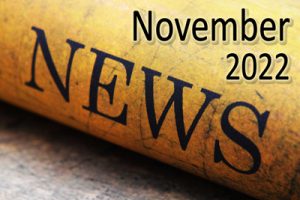 I Am Positive That You Need Jesus 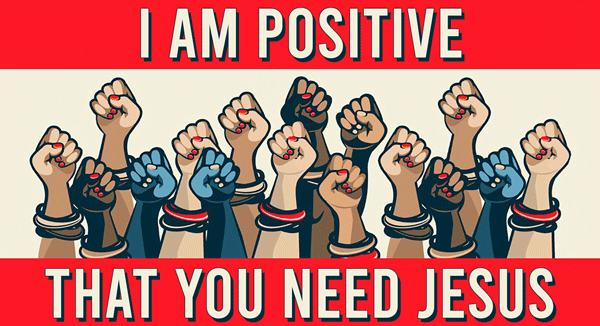 Christians belong where the lost are. We need to mingle amongst them — not so they will impact us, but so that we can impact them. Since the Bible is true and the tomb is empty, we need to talk to the lost about these truths. How will people ever get saved unless someone takes their beautiful feet and brings the gospel to them?

Lizzo decided to come to town. 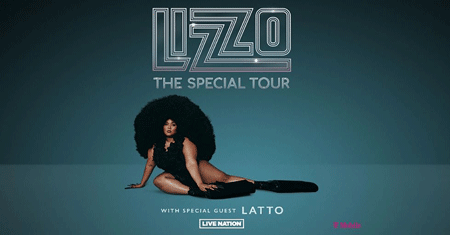 I didn’t know much about this lady other than she is a rather large woman, and she is big in the Body Positivity movement.

“Put in a simplistic way, body positivity is the idea that all bodies are good bodies, regardless of how society and popular culture view ideal shape, size, and appearance.”

That all sounds well and good, but what if the way I treat my body is not positive? What if I eat Twinkies from sunup to sundown? I have the right to do that, but is it healthy for my body?

“Obesity is a public health issue that impacts more than 100 million adults and children in the U.S.

“Obesity has become a public health crisis in the United States. The medical condition, which involves having an excessive amount of body fat, is linked to severe chronic diseases, including type 2 diabetes, cardiovascular disease, high blood pressure, and cancer. It causes about 1 in 5 deaths in the U.S. each year – nearly as many as smoking, according to a study published in the American Journal of Public Health.

If I were on a TV show and they had to put bigger and stronger wheels on my chair to make sure I didn’t break it and hurt myself, wouldn’t that be a sign that I positively need to make some changes with my body and overall health? 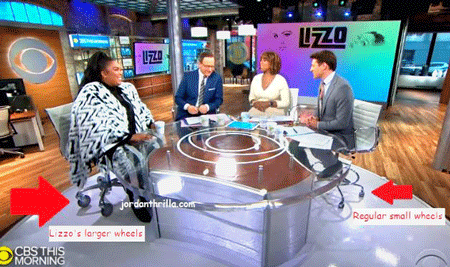 Part of the thinking behind the Body Positivity movement is the idea that I can do whatever I want with my body and treat it however I want, and others must accept and honor my lifestyle choices. This movement has been especially adopted by and applied to those who are obese. But can I positively say that obesity is not healthy for the body that God has provided for us?

The Gay and Lesbian Crowd

As I stood in front of the arena where Lizzo was performing, I was handing out gospel tracts and talking with folks. It was one amazing evening.

The concert was very heavily attended by the gay, lesbian, and feminist crowd. At a few points during the evening, people would literally not take the tracts I was offering them. They knew I was a “Christian” guy handing them out and doing the Lord’s work.

So, I changed my strategy. I would get someone’s attention by saying, “Sir” or “Ma’am.” When they looked me in the eye, I would ask them a few questions, “Ma’am, are you born again? Are you saved?” A very common reply from them was, “No, I am a feminist.” Or I would ask, “Sir, are you born again? Are you saved?” “No, I am gay,” was also a very common response. The good news is that people do realize what they need to repent of when they come to Jesus.

When I look directly at someone, lock eyes, and ask, “Are you born again? Are you saved?” and if they just turn away, I know they will still have to deal with that question. We have no idea if a relative or coworker might have asked them that exact same question in the past week.

I will probably never forget the two ladies who were laughing almost maniacally when I mentioned Judgment Day. They are in for a rude awakening if they don’t repent and believe.

During the evening, I ran into some Christians who were attending the concert. Often, if I have time, I will ask them the question, “What inside of there tonight is going to glorify the Lord?” It is interesting that most of them are very honest. They usually reply by saying, “Nothing.” Typically, I remind them that they need to guard their hearts from the filth of the world.

One lady pointed to the tract I was extending toward her and said, “What is that about?” I told her that I wanted to see her in Heaven one day. As she walked away, she turned back around and said, “I will get to Heaven without any help from you, you a******!” She seemed like she would be a real joy to hang out with.

The abortion crowd also showed up in droves. About four or five of them were handing out “Keep Abortion Legal” pins. That would be like handing out Daily Bread pamphlets at most churches. They were “preaching to the choir” and didn’t getting much pushback from that crowd. The radical feminists loved taking those pins, evidently as some kind of badge of honor.

But some of the abortion-rights people made the mistake of walking by me. So, as they handed out those pins, I reminded people that murdering babies is never the right answer. A little bit later, a black woman who was handing them out came by. I asked her, “Haven’t we killed enough black children in this country?” I have an amazing way of making friends!

I asked another lady who was also handing out those pins, “Why don’t the babies have a choice?” She said, “They are just a clump of cells.” I rebutted her claim by stating, “They are babies with different DNA, and they deserve a choice as well.”

“Are you glad your mother had you?” I asked her. Interestingly, I get the same response to that question whether I’m in front of an abortion clinic or just on the streets. She answered in the affirmative. She was glad she had a chance at life, but yet she didn’t want an unborn baby to have that chance as well. I followed up by asking, “Then why don’t you want that baby to have the same gift of life as you have?” I knew where she would go with her answer. She said that her mother had no choice but to make that decision.

Then I pointed out, “Since it takes two people to make that child, why doesn’t the man have a choice in the matter?” She wheeled around and yelled that she had been raped and that aborting her child was the right thing to do. Well, no, it wasn’t. And, well, she may have been telling the truth or she may not have been. You never really know. She might have said that just to defend her position. But if she had been raped, no one knows who her wonderful child might have grown up to become.

“That is between me and my god,” she said as she pointed up to Heaven. Her god does not exist. You cannot create your own god out of thin air to justify your sin.

The pro-baby killers only lasted about 30 minutes. It was fun to be out there for 3½ hours, planting seeds for the Lord.

Battling at the Gates of Hell

A friend of mine couldn’t make it to witness there that night, so I just hit this event by myself. I got to hand out hundreds of tracts and twenty booklets. I had some really good conversations. Some people were very open, and others, not so much. Oh, well, that is par for the course. When witnessing, my job is to pray for the encounters I will have that night, plants some seeds, and then pray that God will make those seeds grow. Mission accomplished.

For this is thankworthy, if a man for conscience toward God endure grief, suffering wrongfully. For what glory is it, if, when ye be buffeted for your faults, ye shall take it patiently? but if, when ye do well, and suffer for it, ye take it patiently, this is acceptable with God.

It was also good to get mocked again. It was good to be laughed at again. We are supposed to be on a battleship at the gates of Hell preventing anyone and everyone from going there. It is nice to have peace on all sides, but, in the Christian life, it never stays that way. Satan should hate you enough that he gets at least one person to be upset with you as you share the good news with others.

How that they told you there should be mockers in the last time, who should walk after their own ungodly lusts.

America is still one of the easiest countries in the world for Christians to share their faith. However, our rights are going by the wayside, so it’s time to make your stand. 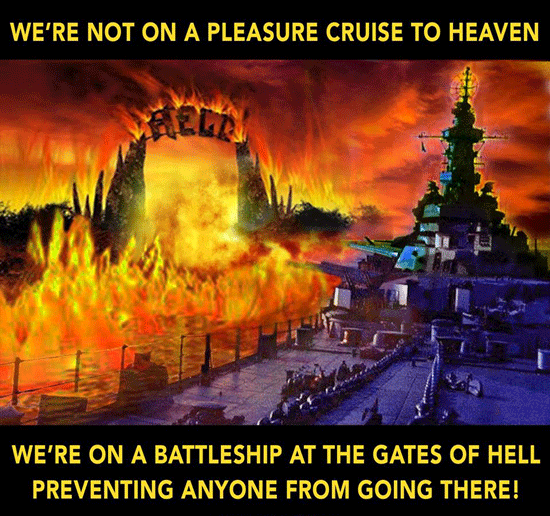 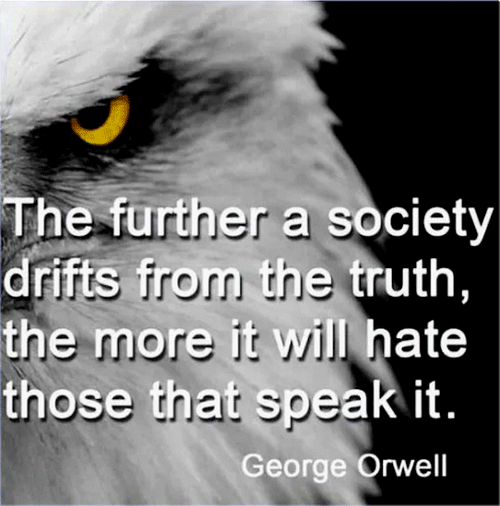