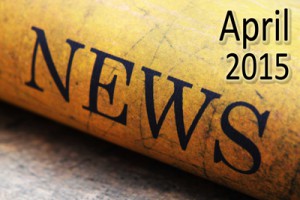 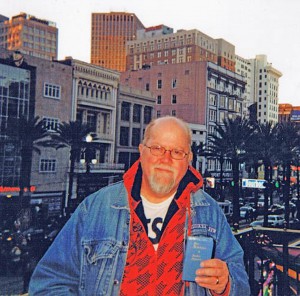 Ã‚Â There are certain times in life when you meet someone, and you know your life is not going to be the same. Sadly, there are not enough people like that in this world. Everyone is unique and different. There is something special about every soul walking through the streets of planet earth. We are either too busy to talk with them, or they keep things locked up and hidden away and donÃ¢â‚¬â„¢t let anyone see who they are. Or, we do the same and donÃ¢â‚¬â„¢t open up to others. But everyone should be impacting everyone in some way or another.

My friend Zach was that way. Now the funny thing is, I canÃ¢â‚¬â„¢t remember where I first met Zach! I must be getting a little old over here! But wait, I do know where it was. It wasnÃ¢â‚¬â„¢t at church. It wasnÃ¢â‚¬â„¢t at his house. It wasnÃ¢â‚¬â„¢t at a coffee shop. It was on the streets. It was out and about doing the LordÃ¢â‚¬â„¢s work of reaching the lost. Now how can I know that even when I donÃ¢â‚¬â„¢t remember when I met him? Easy. That is where you always found Zach. He was on the streets all the time at sporting events, concerts, festivals, parades, arts and craft events, grand openings, New YearÃ¢â‚¬â„¢s Eve celebrations, Mardi Gras, Spring Break, okay my fingers are getting tired here, so I am going to stop writing all of the places Zach has been witnessing! He was always out there. Day in and day out. He would be at Philips Arena, Woodruff Park, the Cobb County Courthouse, Centennial Olympic Park, etc. It didnÃ¢â‚¬â„¢t matter to him. If there were lost people out and about at some event in Atlanta, Zach was either there or trying to get there. 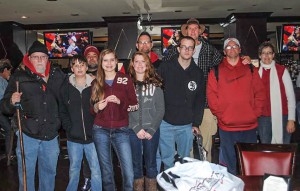 Ã‚Â I donÃ¢â‚¬â„¢t say this lightly. I donÃ¢â‚¬â„¢t say this trying to butter someone up. I say this truthfully. Zach Baxter was the most faithful man of God reaching lost people in Atlanta, GA, bar none! What a guy! He was just a tremendous, faithful soul winner. He just loved planting seeds with the lost. Loved it! Whether it was handing out tracts, talking one on one, or open-air preaching, Zach just loved the lost.

Ã¢â‚¬Å“And a certain Jew named Apollos, born at Alexandria, an eloquent man, and mighty in the scriptures, came to Ephesus.Ã¢â‚¬Â 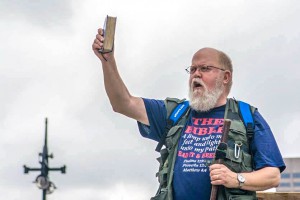 Zach loved the Word of God. He always said, Ã¢â‚¬Å“Read and heed.Ã¢â‚¬Â He wanted people to know their Bibles and live by what they were reading.

Now interestingly, the lost really liked him as well. Now donÃ¢â‚¬â„¢t get me wrong: A lot of lost people donÃ¢â‚¬â„¢t like you at concerts when they want to sin, and you want them to get saved. But Zach just had a way about him. People would chat with him. They would stop and talk with him. I always thought that he had this grandfatherly way about him that just intrigued people. He spoke truth to people, but he did it in love. That is truly one of the best marks of a great soul winner.

That was Zach! He did not love the things of the world. He could care less about them. He was out daily in that world trying to reach those people, and he wasnÃ¢â‚¬â„¢t out there trying to be like that lost world. ZachÃ¢â‚¬â„¢s needs were things like a warmer coat to wear when he was out witnessing in the winter! He would need some extra money to take his wife on a bus trip to see their daughter down in Jacksonville. That was Zach. He didnÃ¢â‚¬â„¢t care about the things of the world. He knew he was just passing through to the other side. 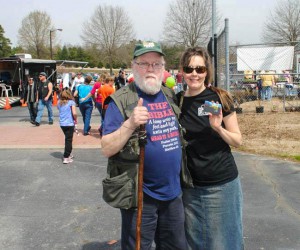 Well ZachÃ¢â‚¬â„¢s journey is done! He did pass on over to the other side a few weeks ago. Zach fell and hit his head. He never recovered from it. All of fifty-eight years old. Of course, he was at a restaurant waiting for a friend to pick him up, because they were going witnessing that night! That is the Zach Baxter that I know and love!

Ã¢â‚¬Å“Precious in the sight of the Lord is the death of his saints.Ã¢â‚¬Â 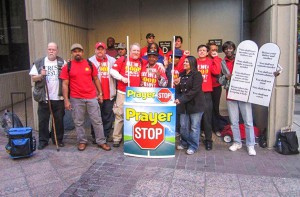 But I really mean this: It would take ten to fifteen people to replace what Zach was doing for the kingdom. He was just that zealous of a soul winner. Literally, one of a kind.

Ã¢â‚¬Å“Then saith he unto his disciples, The harvest truly is plenteous, but the labourers are few; Pray ye therefore the Lord of the harvest, that he will send forth labourers into his harvest.Ã¢â‚¬Â

One great thing about Zach was that he was a big, big encourager. He would always encourage you to be out on the streets sharing your faith. He just had a gentle way of nudging you to pick up the pace. I will always love that about him.

Zach had a wonderful sense of humor. I mean just wonderful! Could make you laugh at the drop of a hat. He used to always call me Ã¢â‚¬ËœShortyÃ¢â‚¬â„¢ or Ã¢â‚¬ËœStretchÃ¢â‚¬â„¢ when we would meet out on the streets. I have always been one to play with peopleÃ¢â‚¬â„¢s names, so I would call him Zachary, Zacharias, Z-Man, Zach Attack, and probably a few others!

But one night, he was walking towards me on the streets, and I looked at him and said, Ã¢â‚¬ËœStickman!Ã¢â‚¬â„¢ Well letÃ¢â‚¬â„¢s just say that it stuck! As you can see from the picture, in his latter years, he started carrying this stick. Momma always told me to be nice to people with sticks! You just never know when they might want to use it on you! So Stickman became his name the last year or two of his life. There was nothing like when Stickman would come walking up to you on the streets. You knew it was going to be a great night of witnessing 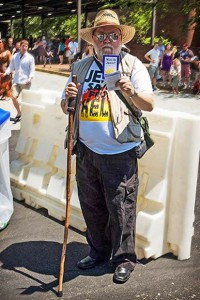 If you still have the book Paradise that I wrote in your possession, pick it up and turn to page 183. Look at it from 183-185 and pages 208 and 209. Yes, the Zach in my book is Stickman himself! I loved Zach and his zeal so much, I wanted to put him in one of the books. Funny thing is that he loved being in the book! He would tell people about being in there. I just wanted to honor his faithfulness in one way I knew how.

Please pray for his wife Vickie and his two daughters. They have great faith in the Lord. So neat to see their strength in God, even as they miss their husband and dad so much. 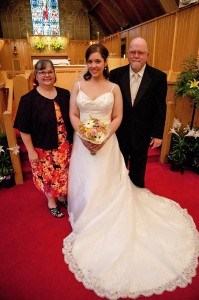 Ã¢â‚¬Å“The fruit of the righteous is a tree of life; and he that winneth souls is wise.Ã¢â‚¬Â

Trust me when I say Zach was loaded with wisdom!

Rest in the Prince of Peace, Stickman! A life well lived for the Lord. Thanks for making Jesus look so good while you were down here. Tell Jesus hello and thank you from me, and I will see you real soon! 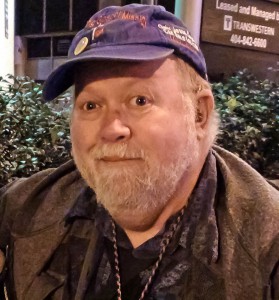