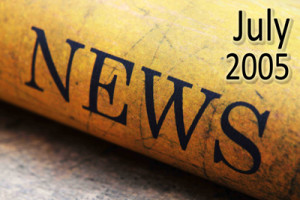 A couple of weeks ago, the Live 8 concerts took place across the world. Bands from U2, Pink Floyd, Green Day, to Stevie Wonder, Madonna, and Paul McCartney played at these concerts. One of the items on their agenda is to help stamp out poverty in Africa. The theme was Ã¢â‚¬Å“Make Poverty History.Ã¢â‚¬Â They wanted to bring attention to the plight of Africans and have the major countries in the world forgive the debt of these nations.

What sometimes sounds like a good thing to do in theory, may not actually be practical.

Ã¢â‚¬Å“For ye have the poor always with you; but me ye have not always.Ã¢â‚¬Â

Did you know that Jesus said that you will always have the poor with you? Name one country that has tried to stamp out poverty, that poverty still doesnÃ¢â‚¬â„¢t exist? Here in a very wealthy America there are inner cities, the Appalachian region, any many others that have great poverty. Even in communist and socialist countries, where they try to even out the wealth, there are still poor people.

Does that mean that we are not supposed to help the poor?

Ã¢â‚¬Å“Only they would that we should remember the poor; the same which I also was forward to do.Ã¢â‚¬Â

Christians are supposed to look out for and take care of the poor at every opportunity available. It is more blessed to give than to receive is a command from Jesus. Part of a changed heart is that you put other peopleÃ¢â‚¬â„¢s needs ahead of your own.

One of the other items on their agenda is to help stop AIDS in Africa. Bono, the lead singer for the band U2, said from the stage, Ã¢â‚¬Å“This is our moment, this is our time, this is our chance to stand up for what is right. Three thousand Africans, mostly children, die every day of mosquito bites. We can fix that. Nine thousand people dying every day of a preventable, treatable disease like AIDS. We have got the drugs. We can help them.Ã¢â‚¬Â Bono states that there is one way to stop AIDS, just give people drugs. Why isnÃ¢â‚¬â„¢t that one of the ways that the Bible says to do it? Abstaining from sex until one man and one woman are in a marriage relationship will stop AIDS in its tracks. Why arenÃ¢â‚¬â„¢t we looking for that as the solution? Because the problem with this whole event and others like it are that people donÃ¢â‚¬â„¢t want to look to God for the answers. We can do it on our own and we donÃ¢â‚¬â„¢t need God to solve these problems. Mankind can conquer all problems. Of course, that is the problem with secular humanism. Man thinks he can, but in reality, he canÃ¢â‚¬â„¢t.

But you must realize there is more to this equation. Bono has a website, www.one.org. The plans are to keep this going to try and stamp out poverty without God. Take a look at the following link to see all the people who have signed on with Bono to do this: www.one.org/signatories.aspx. Please take a look at how many people who call themselves Christians have signed on with Bono for this stamping out of poverty. What is the document that all of these folks are signing? What does it say? Does it glorify Jesus Christ? I sure didnÃ¢â‚¬â„¢t hear anyone use the name of Jesus as the solver to all of our problems when I watched part of the Live 8 show. But, there is a much bigger problem going on.

Ã¢â‚¬Å“Be ye not unequally yoked together with unbelievers: for what fellowship hath righteousness with unrighteousness? and what communion hath light with darkness? And what concord hath Christ with Belial? or what part hath he that believeth with an infidel? And what agreement hath the temple of God with idols? for ye are the temple of the living God; as God hath said, I will dwell in them, and walk in them; and I will be their God, and they shall be my people. Wherefore come out from among them, and be ye separate, saith the Lord, and touch not the unclean thing; and I will receive you.Ã¢â‚¬Â

God commands us not to yoke ourselves to unbelievers. Why? Because, there will be a pulling in two different directions. There will be different goals that are going to try and be met. The question is not what you will give them, but what wonÃ¢â‚¬â„¢t you give them? Do you think that if we wanted to share Jesus with every person we met as we gave them food, would unbelievers let that happen? Why would you give someone water, and then not give them Living Water? Why would you give someone bread, but not give them the Bread of Life? Why would you give them a small part of the solution and meet the physical, when you can give them the whole part, physical and spiritual? If we wanted to tell a Muslim that he believes in a false God, do you think that unbelievers would go for that? Of course not. Why? We serve different gods. We serve the God of the Bible and they serve the God of man. Why would we want to yoke ourselves to a group like that? There are many Christian organizations making a difference for the poor AND sharing Jesus with them. Those are the types of groups that get my money.

United Nations Secretary General Kofi Annan said at Live 8, Ã¢â‚¬Å“I came here to show support for all the millions of people in the world who stand to benefit if the Millennium Development Goals are reached, especially the children who will be saved from malaria or AIDS, who will grow up healthy, go to school and have the chance to earn their living and enjoy life.Ã¢â‚¬Â What if someone enjoys life but doesnÃ¢â‚¬â„¢t enjoy death? What would the profit be to someone if they gained the whole world, or even if they gained some meals, but lost their soul? That is a terrible trade-off. That trade-off is exactly what the United Nations and many other governments want. We as Christians must stand against this trade-off now. We must stand strong for the gospel of Jesus Christ that can change hearts and nations right now.

In Our Global Neighborhood, page nine states, Ã¢â‚¬Å“We need a set of common, core values around which we can unite people, irrespective of their cultural, political, religious backgrounds.Ã¢â‚¬Â Let me be very honest to you Christians out there. These common, core values are exactly what we do not need. Either the Bible is true or it is not. Either Jesus rose from the dead or He did not. We do not need a common ground here. We need to stand up for Jesus, period, and see what the consequences will be. The time is now, believers. Be very careful who you yoke yourself to in the days to come.