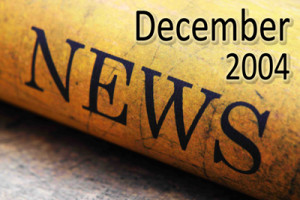 The Other Amazing Birth

Ã¢â‚¬Å“And the angel answered and said unto her, Ã¢â‚¬ËœThe Holy Ghost shall come upon thee, and the power of the Highest shall overshadow thee: therefore also that holy thing which shall be born of thee shall be called the Son of God.

And, behold, thy cousin Elisabeth, she hath also conceived a son in her old age: and this is the sixth month with her, who was called barren.Ã¢â‚¬â„¢ Ã¢â‚¬Â

As we go about our business during the holidays, and see the manger scenesÃ¢â‚¬â€or lack of themÃ¢â‚¬â€their presence or absence should make us think about God’s Son.

As we watch some of the Christmas specials during this season, hopefully they make us think about God’s Son. JesusÃ¢â‚¬â„¢ birth was the miraculous birth that changed the world as it had existed up until then. Because of that birth 2000 years ago, this world could never be the same ever again.

What many people may have forgotten is that there was another amazing birth at that time.

Elisabeth was barren. She was unable to conceive, and she had gotten older. But don’t ever forget, nothing is impossible for God. Her husband was a priest by the name of Zacharias.

Luke records in his first chapter:

Ã¢â‚¬Å“And there appeared unto [Zacharias] an angel of the Lord standing on the right side of the altar of incense.

And when Zacharias saw him, he was troubled, and fear fell upon him.

But the angel said unto him, Ã¢â‚¬ËœFear not, Zacharias: for thy prayer is heard; and thy wife Elisabeth shall bear thee a son, and thou shalt call his name John.

Ã¢â‚¬ËœAnd thou shalt have joy and gladness; and many shall rejoice at his birth.

Ã¢â‚¬ËœFor he shall be great in the sight of the Lord, and shall drink neither wine nor strong drink; and he shall be filled with the Holy Ghost, even from his mother’s womb.

Ã¢â‚¬ËœAnd many of the children of Israel shall he turn to the Lord their God.

Ã¢â‚¬ËœAnd he shall go before him in the spirit and power of Elias, to turn the hearts of the fathers to the children, and the disobedient to the wisdom of the just; to make ready a people prepared for the Lord.Ã¢â‚¬â„¢ Ã¢â‚¬Â

But Zacharias began to question Gabriel. He did not believe the words of the angel that stands in the presence of God. Luke then records that Gabriel told Zacharias:

Ã¢â‚¬Å“And, behold, thou shalt be dumb,and not able to speak, until the day that these things shall be performed, because thou believest not my words, which shall be fulfilled in their season.Ã¢â‚¬Â

It was recorded that Zacharias would now be dumb. He could not speak. He would be unable to communicate verbally with those around him until the birth of his son.

Now just think about that for a second. Imagine this: You are advanced in years and you have no children. God finally opens your wife’s womb, and you have to be bursting with excitement. You want to tell the whole world about this great news, but you can’t. No words can cross your lips. You can’t email all of your friends because email is far in the future.

What do you think Zacharias would want to say? Would he be thankful because of the child that is coming? Would he want to praise God? Would he be frustrated because he cannot speak?

Luke tells us about the birth of Zacharias’ son in the first chapter:

Ã¢â‚¬Å“And he asked for a writing table, and wrote, saying, Ã¢â‚¬ËœHis name is John.Ã¢â‚¬â„¢ And they marvelled all.

And his mouth was opened immediately, and his tongue loosed, and he spake, and praised God.Ã¢â‚¬Â

So we see that his response was when he could speak was to praise God. Read Luke 1:67-79; I mean, he praised God!

You can speak today. What do you want to do when you wake up? Is it to just praise God with all that you have got? You didn’t speak while you were sleeping, but now you’re awake and can speak. The temporary muteness is over.

What do you want to say?

Some friends of mine who are street preachers talk about Ã¢â‚¬Å“breaking the sound barrier.Ã¢â‚¬Â And what they mean by that is that they have passed the point of being mute and not speaking. Instead, they stand up and preach for the Lord.

They went from muteness to boldness. It was a defining moment in their lifeÃ¢â‚¬â€standing up for the Lord.

When is the last time you broke the sound barrier in talking just one-on-one with a lost person about Jesus? Do you know when that was?

We are here to break the sound barrier for the Lord. We are here to tell others about Jesus. Does God have to make you mute for nine months to get you to praise Him with all that you have got?

Wouldn’t that be an interesting prayer: To ask God to make us mute if we are not telling others about Him?

But we don’t need to pray that because, you see, you and I are really already mute, if we are not telling the story of what Jesus has done for this world and for each individual in it.

The testimonies continue to roll in from people who have read “One Thing You Can’t Do in Heaven,” or who have heard me speak about testifying of what Jesus is to us, and they are boldly standing for the Lord.

These people are verbalizing about what they believe with the lost. They have broken the sound barrier.

Satan has no problem breaking the sound barrier when he stands up for untruth. It is high time that we verbally stand for the eternal truth of the Most High God.

Make sure this is the Christmas season that you share your faith with the lost more so than any Christmas you have ever been alive.

He is worth it.