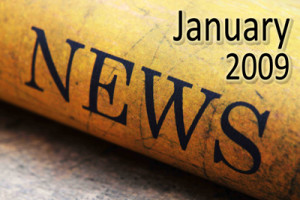 After one of my recent speaking engagements, a gentleman came up to me to chat. He told me that he worked for the government in a kind of an undercover capacity. I was intrigued and started asking him questions. Well, of course, he couldnÃ¢â‚¬â„¢t tell me too much! He told me that when he does undercover work, he has to have some type of Ã¢â‚¬Å“cover,Ã¢â‚¬Â so people wouldnÃ¢â‚¬â„¢t know what he really does. He told me that he had chosen to be an open air preacher and to hand out tracts as his Ã¢â‚¬Å“cover!Ã¢â‚¬Â I stood there almost stunned. I said, Ã¢â‚¬Å“You get paid every day to preach the gospel and hand tracts out, but that really isnÃ¢â‚¬â„¢t your job?!Ã¢â‚¬Â I loved it. What a fantastic idea. I asked him how he got away with that as his Ã¢â‚¬Å“cover.Ã¢â‚¬Â He told me he was the boss, and he could make that decision! My kind of boss!

The whole conversation really got me thinking. What hit me was that for many of us, we do just the opposite. We are salesmen, who happen to be Christians. We are mothers and fathers, whose faith is only seen on Sundays. We are plumbers, but our customers never know that we read the Bible. We are politicians, but we donÃ¢â‚¬â„¢t want to mix our faith with our job. We are teachers, but we leave our Christianity at the front door with the metal detector. We are students, but we think we donÃ¢â‚¬â„¢t need to raise our hands up to speak up against the false teachings that are being propagated on college campuses. We are . . . Ã‚Â and you can fill in the blank, but yet, we keep the most important part of ourselvesÃ¢â‚¬â€our relationship with the Almighty GodÃ¢â‚¬â€to ourselves. So when this world is in desperate need of eternal truth, it comes down to the fact that we are either scared or ashamed to tell these people the truth, as if it is really not my job to do so, anyway. Wrong!

Once while I was still teaching, I had to hire a guy to speak at an athletic banquet, so I hired an ex-Major League Baseball player. It was a banquet for a Christian school, and we wanted someone with a strong testimony to challenge the students and parents to boldly stand for Jesus Christ. So when I contacted him, I asked what he was doing for a living. He told me he worked for a cable company and installed cable TV in peopleÃ¢â‚¬â„¢s homes. I asked, Ã¢â‚¬Å“Why would you be doing that?Ã¢â‚¬Â I am not the smartest guy in the world sometimes! I thought that every ex-pro athlete should be rolling in the dough. And, of course, reality is sometimes very different from our perception. He looked at me and said, Ã¢â‚¬Å“The reason I install cable TV is to get into more peopleÃ¢â‚¬â„¢s homes so I can tell them the truth about eternity and the truth about the crucified Savior of the world.Ã¢â‚¬Â I canÃ¢â‚¬â„¢t even begin to tell you the feeling I had inside of me when he told me his story. It was one of the most humbling moments of my entire life; this man had life figured out. It isnÃ¢â‚¬â„¢t that you go and lay cable to feed the family and pay the bills, but that you go into peopleÃ¢â‚¬â„¢s homes to plant seeds for the Lord Jesus Christ, and at the same time, God allows you to get a paycheck.

Our Real Profession is being a Witness of the Gospel

Read what is written in the 26th chapter of the book of Acts, verses 23 through 29:

That Christ should suffer,Ã‚Â andÃ‚Â that he should be the first that should rise from the dead, and should shew light unto the people, and to the Gentiles. And as he thus spake for himself, Festus said with a loud voice, Paul, thou art beside thyself; much learning doth make thee mad. But he said, I am not mad, most noble Festus; but speak forth the words of truth and soberness. For the king knoweth of these things, before whom also I speak freely: for I am persuaded that none of these things are hidden from him; for this thing was not done in a corner. King Agrippa, believest thou the prophets? I know that thou believest. Then Agrippa said unto Paul, Almost thou persuadest me to be a Christian. And Paul said, I would to God, that not only thou, but also all that hear me this day, were both almost, and altogether such as I am, except these bonds.

You see that Paul wasnÃ¢â‚¬â„¢t standing before Festus and King Agrippa as a tentmaker. He was standing there as a man of God who happened to make tents on the side. He didnÃ¢â‚¬â„¢t get arrested for being a tentmaker. His real profession was making sure that Festus and King Agrippa knew the truth about Jesus Christ, period. Paul made some very powerful and direct statements to the King. He didnÃ¢â‚¬â„¢t worry about the consequences; he worried about being faithful to God and nothing else.

This year, be bold!

As the New Year begins, I want to encourage you not to be an undercover Christian in the coming days. Make sure your faith is the part about you that most people know first and foremost. Oh, by the way, the government person who was undercover told me that one day, he got the chance to hand a tract to the terrorist that he had been following! Even he knew that jail doesnÃ¢â‚¬â„¢t change a manÃ¢â‚¬â„¢s heart, but the gospel does. Make sure no one around you in the coming days will ever mistake you as an undercover Christian. Be bold!