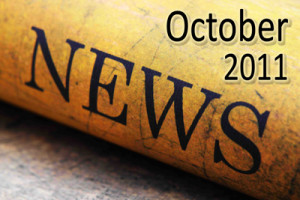 I have got a question for you: Are you a fan or a follower? Think about that for a second. While they may sound similar, those two terms are actually quite different.

As most of you are aware, we have an addiction to sports here in America. Sometimes our lives are completely wrapped around it. We will check every score, tailgate for hours on end before then going to the actual game, put things on our cars to show our allegiance, and we will even join a fantasy league because, we love a sport so much. If you take a look at that list, youÃ¢â‚¬â„¢ll see an example of a follower, who is not that hard to pick out.

But a fan is much harder to find. They blend right in with the followers around them, but they donÃ¢â‚¬â„¢t have a real affinity for it all. They will enjoy a team when it is successful, but are just as ready to dump them when theyÃ¢â‚¬â„¢re not. They will go to a game if they get a ticket, but it is no big deal if they donÃ¢â‚¬â„¢t go. That is because they are just a fan.

I played basketball when I was a student at Auburn years ago. We beat Kentucky when they were the number one team in the country. There was a packed house when we played that day, and it was a lot of fun! But at our next home game, there were only 2500 people there, which is only about a quarter full. Friends asked me, where was everybody? I told them we were a football school and not a basketball school. We even had a future NBA hall of famer on the team, and people still didnÃ¢â‚¬â„¢t come. We had fans, but not many followers.

So when it comes to Jesus Christ, are you a fan or are you a follower?

You see, followers obey the Lord no matter what the cost. They donÃ¢â‚¬â„¢t worry what people think about them. They obey the Lord whatever the cost, because it is the right thing to do. Pleasing men does not come into the conversation.

Ã¢â‚¬Å“And Ruth said, Intreat me not to leave thee, or to return from following after thee: for whither thou goest, I will go; and where thou lodgest, I will lodge: thy people shall be my people, and thy God my God:Ã¢â‚¬Â Ã¢â‚¬Å“Where thou diest, will I die, and there will I be buried: the LORD do so to me, and more also, if ought but death part thee and me.Ã¢â‚¬Â

You see, Ruth wasnÃ¢â‚¬â„¢t a fan of Naomi. She was a follower of Naomi. If following Naomi meant death, so be it. She loved her that much.

Ã¢â‚¬Å“And he saith unto them, Follow me, and I will make you fishers of men. And they straightway left their nets, and followed him.Ã¢â‚¬Â

A guy made a simple statement to me on the phone one day. He said, Ã¢â‚¬Å“If youÃ¢â‚¬â„¢re not fishing, youÃ¢â‚¬â„¢re not following!Ã¢â‚¬Â I will never forget that statement all the days of my life. It was very challenging. Fans of Jesus donÃ¢â‚¬â„¢t seem to care about the lost, but followers do. Also remember that true leaders follow. You cannot be a true Biblical leader unless you follow the Lord.

Ã¢â‚¬Å“And as Jesus passed forth from thence, he saw a man, named Matthew, sitting at the receipt of custom: and he saith unto him, Follow me. And he arose, and followed him.Ã¢â‚¬Â

Was MatthewÃ¢â‚¬â„¢s life ever the same again once he became born again? Of course not.

I just got this letter from a father:

Ã¢â‚¬Å“My eldest son Eliot, saw you and your challenge on Sunday helped to turn him and his faith around. Last year in Grade 12, Eliot gave a presentation to his English class on Evolution being only a theory and not proven fact. His English teacher cautioned him on the topic by saying: Ã¢â‚¬Å“You realize Eliot that this presentation will create controversy.Ã¢â‚¬Â Eliot responded: Ã¢â‚¬Å“Indeed,Ã¢â‚¬Â but he soldiered on. He didnÃ¢â‚¬â„¢t put the theory down, he merely pointed out areas of the theory that didnÃ¢â‚¬â„¢t stand up to sound science. One girl in his class said to him: Ã¢â‚¬Å“Eliot, you can’t present such a topic for the class, because this is NOT what we are taught in school!Ã¢â‚¬Â Eliot replied to her: Ã¢â‚¬Å“DonÃ¢â‚¬â„¢t think for one minute, that everything we are taught in school is true.Ã¢â‚¬Â

You see, Elliot is not a fan of Jesus and Biblical truth, but a follower. How about you?

Ã¢â‚¬Å“Then Agrippa said unto Paul, Thou art permitted to speak for thyself. Then Paul stretched forth the hand, and answered for himself:Ã¢â‚¬Â

I was kind of surprised when I read the encounter between Paul and King Agrippa. He never asked the King for his autograph. He never asked him for a picture. You see, Paul wasnÃ¢â‚¬â„¢t impressed by the king, because he was a follower of the true King, Jesus Christ. He was not just a follower. AgrippaÃ¢â‚¬â„¢s soul and those within listening distance were far more important than anything else at that moment.

I ran into a United States Senator recently, and had a nice chat with her. I gave her one of my booklets, and as I did, I could see the rest of her family get interested, so I gave them all one as well. Those souls are important to God, and they need to be important to me!

I just heard from a guy who has walked away from the teachings of Jesus and the Bible. He started reading secular sources, and his faith is gone. Followers, are you prepared for when Satan attacks? God is wiser than the wisest man and hasnÃ¢â‚¬â„¢t let anyone down. Never forget that.

God gave me the chance to speak at a High Tech Breakfast here in Atlanta. It was men and women who are trying to reach their coworkers and friends for Jesus. I canÃ¢â‚¬â„¢t even describe how much hope it gave me! There are people out there in the business world who are truly following.

When I look back at when I worked at IBM, I never had anyone witness to me. I never saw anyone with a Bible on their desk; no one talked about going to church over the weekend; nothing. I guess there might have been some fans of Jesus there, but there were certainly no followers.

A bunch of us were witnessing at a Georgia football game at the Georgia Dome. It was a blessed day. I met a lot of fans of Jesus who encouraged me to keep doing what I was doing, but didnÃ¢â‚¬â„¢t want to stop and help. I also met some fans of Mark Cahill! People told me that they had read one of my books, etc. That is nice and even flattering, but followers of Jesus are needed on the streets of AmericaÃ¢â‚¬â€not fans of Mark Cahill!

I just got this letter from a physical therapist in Alabama:

Ã¢â‚¬Å“I just went to the Alabama Chapter meeting of the American Physical Therapy Association and took some of your books with me in my bag. Gave away every one of them. Got to challenge several Christians with what I was doing, talked to a couple who are either false converts or have forgotten who their first love is supposed to be, and even got to witness to the lesbian who taught the course I was in. That was the best conversation. She said she wasnÃ¢â‚¬â„¢t going to sleep that night until she read One Heartbeat! The sad thing is seeing Ã¢â‚¬Å“ChristiansÃ¢â‚¬Â who refuse to wake up.Ã¢â‚¬Â

ItÃ¢â‚¬â„¢s clear that Jon isnÃ¢â‚¬â„¢t a fan of Jesus Christ. He is most definitely a follower.

You see, followers arenÃ¢â‚¬â„¢t that hard to pick out. They stick out like sore thumb. I had a guy walk up to me in an airport and say, Ã¢â‚¬Å“You were just walking around looking for someone to witness to werenÃ¢â‚¬â„¢t you?Ã¢â‚¬Â I didnÃ¢â‚¬â„¢t know it was that obvious!!

So, are you a fan of Jesus or a follower? ItÃ¢â‚¬â„¢s your choice to make. The days run short. Make the most out of every opportunity. Always remember that followers fish. Keep reaching the lost all the days of your life.