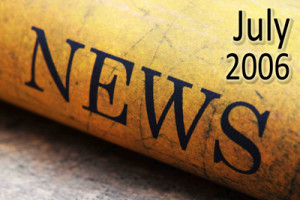 Who Are You Going to Be Hanging with This Week?

“I wrote unto you in an epistle not to company with fornicators: Yet not altogether with the fornicators of this world, or with the covetous, or extortioners, or with idolaters; for then must ye needs go out of the world.”

This is one of the more interesting passages of Scripture to me. The Bible is actually telling us to keep company with people who are committing all kinds of sins. Now the clear implication is that we donÃ¢â‚¬â„¢t hang with them so they can influence us, but that we can influence them. When you keep reading in 1 Corinthians 5, the Word of God tells us not to hang with brothers in the Lord who commit those same acts. The reason: we are supposed to judge them. They know better. Lost people donÃ¢â‚¬â„¢t know better. One thing I tell people is:Ã‚Â “Sinners sin.” That is what they do. They do it all the time. They practice doing it. Those sins rule their lives. We are supposed to be hanging out with them so we can tell them that they can repent of their sins and what it takes to become born again. We want to tell them how they can become a new creation and serve the Living God.

Each June in Atlanta, we have the Pride Festival where gay and lesbians get together and celebrate their sin. I have gone down there to talk with people for about seven or eight years now. That is where we filmed the Pride Goes Before Destruction DVD. This year, there were about 70 people that went at different times to witness to the lost.

The festival this year was one of the biggest battles that we have hadÃ‚Â whileÃ‚Â witnessing in a long time. Friday night the police were giving a lot of the street preachers a hard time for being on public sidewalks and preaching. Also, a big burst of wind blew across the main stage of the event and blew down the whole top portion of the stage. By GodÃ¢â‚¬â„¢s graciousness, no one was hurt.

When I got to the Festival on Saturday, I was going to meet some friends who were preaching. By that time, six street preachers had already been arrested. We were in for a big battle that day. But what do you do when the battle is on? Do you walk away, or do you stay and fight? Will you stay and hang out with people who need the truth, or will you go hang with people that make you feel safe?

I walked into the festival, and as usual, the Lord had some tremendous times of seed planting waiting for me. I talked with one lady who was a Shaman priestess who believes she has had past lives and many more to come. Of course, she couldnÃ¢â‚¬â„¢t tell me how she knew any of that to be true. We ended up talking for 30 minutes about truth, and she and her friend walked away with One Heartbeat Away in their hands.

I had the chance to talk with a theater director, a lesbian basketball player from Duke, and even ran into a guy I had met previously five years ago. He and I will be having dinner soon to talk some more. His Dad is a pastor, but he has walked away from what he was taught as a child. One atheist I met collects Christian books! So he now has a signed copy of One Heartbeat Away in his hands. I let him knowÃ‚Â that book wasnÃ¢â‚¬â„¢t for his collection, but for him to read, and he said he would. His name is Kevin. Please pray that he will keep that promise. I talked with one guy whose Mom died a year ago. He is still struggling with the pain from that loss. His name is Rashead. Please pray for him.

One girl I met, Holly, first experimented with sex at 13 with someone older, and another guy I met, Shawn, began his experimentation at 17 during a drinking game. Both of them are now living in the homosexual lifestyle. DoesnÃ¢â‚¬â„¢t that sound like Satan? Just try one drink. Just try one drug. Just be greedy for a little money, and then you will be greedy for a lot of money. He gets you to try one sin, but ends up walking you down a road that leads you somewhere you never wanted to be. Remember, he only wants you to try a sin, but ultimately, he hopes he can keep you attached to it until you die.

Sunday rolled around, and it was a little rainy. Then, all ofÃ‚Â a sudden, big clouds rolled in. The huge parade that takes place on the Sunday of the Festival had started just 20 minutes beforehand. It started thundering and lightning, and the heavens opened with rain, and they cancelled the parade and the entire event. I really think God had had enough, and He opened the heavens and brought His judgment. It brought to mind Revelation 4:3Ã¢â‚¬â€œ6 which says:

GodÃ‚Â displayed His thunder and lightningÃ‚Â at this event. ItÃ¢â‚¬â„¢s also interesting that the symbol used for gay pride is the rainbow, which is a sign of judgment from the book of Genesis. We must not forget, as crazy as the world can seem at times, God is still in control.

A few days after the Pride festival, I was speaking in Orlando. I got into a conversation with a guy who was working at a restaurant. He ended up telling me that he came to Atlanta to go to the Pride Festival a few days earlier. Even though we didnÃ¢â‚¬â„¢t get to witness to him in Atlanta, we did in Orlando! God is so good.

That weekend in Atlanta is always a fascinating time to see the Lord work His wonders. By the way, who are you going to be hanging with this week?