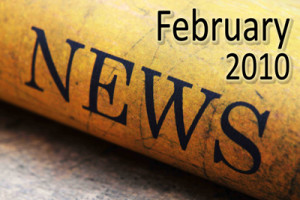 As many of you know, Judas Iscariot is one of the most fascinating characters in the Bible. There are so many questions that I wish I could have asked him at the time he walked with Jesus. Read these familiar verses in John 13:26-29:

Ã¢â‚¬Å“Jesus answered, He it is, to whom I shall give a sop, when I have dipped it. And when he had dipped the sop, he gave it to Judas Iscariot, the son of Simon. And after the sop Satan entered into him. Then said Jesus unto him, That thou doest, do quickly. Now no man at the table knew for what intent he spake this unto him. For some of them thought, because Judas had the bag, that Jesus had said unto him, Buy those things that we have need of against the feast; or, that he should give something to the poor.Ã¢â‚¬Â

One of the things about Judas is that he carried the money bag. Jesus entrusted him with it, so more than likely, many times during his time as a Disciple, Jesus would instruct him to take money from the bag and bless the poor.

That really got me thinking. Do you, do I have a money bag with which we are ready to bless the poor? Do we take it with us so that we can bless the poor as we are walking through our daily lives? Or does the plight of the poor never even cross our minds? You see a money bag doesnÃ¢â‚¬â„¢t do you any good at home. You have to have it with you as you encounter people in the world.

I have decided to have a money bag with me wherever I go. Now it isnÃ¢â‚¬â„¢t actually a bag, but it is cash or a credit card; and as I am walking through life, I try to see if there is someone that I can bless financially for the Lord. So this means I have to be led by the Spirit, have my eyes open, and be ready to be an unselfish man of God instead of a selfish one.

After a meal one time, I reached into the Ã¢â‚¬Å“money bagÃ¢â‚¬Â and gave the waiter money and tracts for all of the kitchen staff at a restaurant. Next thing you know, the waiter tells me that the kitchen folks want to meet me. The guy running the kitchen told me in all the years he had been a kitchen manager, he had never seen anyone do that. He also said in all of those years, that was the first time he had ever let a customer come in the back to see his kitchen and talk with his staff! So I always remind people that I am not just giving money out or blessing people. I donÃ¢â‚¬â„¢t do random acts of kindness. I let them know that Jesus said it was more blessed to give than receive, and I take those words very seriously. I am so glad that I was being unselfish that day instead of acting selfishly like I so often do.

After speaking at a church last Sunday, some of the folks wanted to take me out to eat, and they mentioned a certain restaurant. For some reason, I didnÃ¢â‚¬â„¢t think it was the right place to go. So I suggested another place, and there was one right down the road. So as our big group was there eating, I walked over and struck up a conversation with a man watching the football game and holding a baby. Well it wound up being a Dad who had five children. One of them has had 12 surgeries, including four open-heart surgeries! I just couldnÃ¢â‚¬â„¢t imagine how tough that had to be on a Mom and Dad. So I asked the waiter to come over and give me the check for that table. I wanted to reach in the money bag, pick up the bill for them and bless them. After they finished eating the grandmother came over to me and thanked me. I said I had heard a rumor one time that children are expensive (is that true parents?!!), so I just wanted to bless their whole family. She told me in all of her years of living, that she had never had someone do that before. A few days later, I got an email from the lady telling me how she had been telling the story to so many people that week. So we sent her some books to give around to others and we will see what the Lord will do with those. I am so glad that I was led by the Spirit and had my eyes open when I walked into that restaurant!

I just met a lady who had zero dollars in her pocket. ZERO! She was down to nothing. So I reached into the money bag and gave her something. You should have seen the look on her face! It was like I had given her a million dollars!! She said, Ã¢â‚¬ËœCan I hug you?Ã¢â‚¬â„¢ I am so glad that God gave me that encounter with that woman.

Now you may be saying to yourself, Ã¢â‚¬Ëœthe economy is tough, and I donÃ¢â‚¬â„¢t have any extra money to have a money bag.Ã¢â‚¬â„¢ Well then, this might be the time in your life that you are receiving a blessing from someone, but when extra comes to you, then you can bless others with it. But probably for most of us, we do have the ability to bless others, but just donÃ¢â‚¬â„¢t have the right mindset to do it. Is it possible that maybe it is time for you to give some things up, so you would have some extra money to give away? Maybe it is time to give up those sports tickets and put that money in the money bag. Maybe it is time for you to finally drop cable TV to have some extra money in the money bag. Are you really sure that everyone in your house needs a cell phone? We did just fine without those not even ten years ago! Maybe it is time to stop getting dessert every time you go out, so you can leave a better tip to that waiter or waitress. Maybe it is time you gave up one of your kids, so that….Okay, that was a joke! Yes, I know kids are expensive; but donÃ¢â‚¬â„¢t ever forget that those beautiful treasures that God gives you, are worth everything you invest in them!

Ã¢â‚¬Å“And said, By myself have I sworn, saith the LORD, for because thou hast done this thing, and hast not withheld thy son, thine only son:Ã¢â‚¬Â

Abraham wouldnÃ¢â‚¬â„¢t even hold his son back from giving him to God. God was worth everything to Abraham.

Ã¢â‚¬Å“And it was so, when they saw that there was much money in the chest, that the kingÃ¢â‚¬â„¢s scribe and the high priest came up, and they put up in bags, and told the money that was found in the house of the LORD.Ã¢â‚¬Â

When the people gave to repair the house of the Lord, they had so much money it was literally overflowing. They had too much for the project! Why isnÃ¢â‚¬â„¢t our giving that way all the days of our life?

But now look at a very interesting passage of Scripture in John 12:3-6:

Ã¢â‚¬Å“Then took Mary a pound of ointment of spikenard, very costly, and anointed the feet of Jesus, and wiped his feet with her hair: and the house was filled with the odour of the ointment. Then saith one of his disciples, Judas Iscariot, SimonÃ¢â‚¬â„¢s son, which should betray him, Why was not this ointment sold for three hundred pence, and given to the poor? This he said, not that he cared for the poor; but because he was a thief, and had the bag, and bare what was put therein.Ã¢â‚¬Â

See, this entire time that Judas had the money bag, he was stealing out of it! And an all-knowing God knew it. He knew he was a thief, yet he let him stay around. He was giving him time to repent. You are seeing the wicked heart of Judas. He was a thief; it led to betraying Jesus with a kiss, and he sold Jesus for thirty pieces of silver. His love for money was much greater than his love for God.

So lets ask a tough question: Have you been stealing out of the money bag? Have you been dipping your hand into the bag of blessing that God has wanted to use for blessing others? Have you been stealing tithes and offerings from the Lord? Is your IRA and bank account full, but it should be used for the LordÃ¢â‚¬â„¢s work? Do you continue to buy things of the world that will all rot away one day, but that money is supposed to be in your money bag?

I want to encourage and challenge you to take a good hard look at your life in the coming days. Make sure that your life is lined up with the principle of giving the way the Bible lays it out. Why? Because I really think it is about to be the churchÃ¢â‚¬â„¢s finest hour! I think there are some very tough times ahead in this country and this world. And when Christians are givers and blessers, God is going to use that in so many hearts. People are going to see how real Christians live. God will use that to intrigue peopleÃ¢â‚¬â„¢s hearts with the truths of His Word. The time is now to bless people. You donÃ¢â‚¬â„¢t know how much time you have left to do that, and you donÃ¢â‚¬â„¢t know how much time they have left to receive it. Act like Jesus. Be a giver. It is the best way to go through this life!

P.S. How is your reading through the Bible going? I am thoroughly enjoying reading the Torah, the first five books of the Bible. It is a fascinating foundation to what we Christians believe. Stay the course.

P.S.S. I need a little help from some of you. If you know anyone who has left the Muslim, Buddhist, Hindu, Mormon, JehovahÃ¢â‚¬â„¢s Witness, Mormon, Catholic, or Jewish faith and become a Christian, talk with them first, and if they are willing, please send their email address and phone number to this email: [email protected] I am working on something and want to pick the brain of some of the folks that have left those religions. If you know of the catholic priest or nun who has become born again, that would be the most helpful former Catholic that I could talk with. Thanks for the help and have a blessed month!