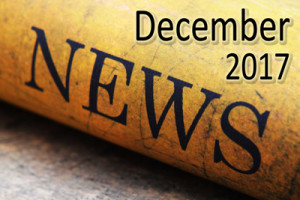 I was reading this article the other day and was just fascinated. You have to watch this video. ItÃ¢â‚¬â„¢s an amazing snapshot of whatÃ¢â‚¬â„¢s going on in the world today. Toward the end, the mayor lets a curse word fly. Again, this is how lost people think and speak. You already know that if you are sharing your faith along the highways and byways of life. I didnÃ¢â‚¬â„¢t want any of us to miss witnessing this teachable moment because of a phrase she used:

As you can probably tell, I really like one of the women in this video! She is not buying what the mayor is selling, and she clearly tells her so. She knows what she believes, and she is willing to stand up for it.

As one conservative speaker always says, Ã¢â‚¬Å“Facts donÃ¢â‚¬â„¢t care about your feelings.Ã¢â‚¬Â

So, the only reason that people are successful in this world is because they are white? Well, what do you do with all of the musical artists, Hollywood types, professional sports stars, and businessmen who are not white? How do you explain their success? I am guessing that white privilege didnÃ¢â‚¬â„¢t help them out a lot!

My father grew up on a farm in Nebraska. Many families owned farms in that part of Nebraska. He has a work ethic that is second to none. He has been Ã¢â‚¬Å“successfulÃ¢â‚¬Â by the worldÃ¢â‚¬â„¢s standards, whatever that means. So was it white privilege that made him successful, or was it hard work?

One thing you notice as you study people in life is that most who are Ã¢â‚¬Å“successfulÃ¢â‚¬Â bust their hump. They work hard. They put in a good dayÃ¢â‚¬â„¢s work. And because of that, success comes to them.

Also, where is the favor of the Lord in all of this? CanÃ¢â‚¬â„¢t God give someone favor, however you define the word? So I guess, then, it would be GodÃ¢â‚¬â„¢s privilege, but you never hear anyone talking about that.

By the way, if you lived in a primarily non-white country, how would that white privilege be working out for you?

I played college basketball back in the day. For two of my four years, I was the only white guy on the team. So how, exactly, did white privilege give me an advantage over everyone else? It didnÃ¢â‚¬â„¢t. The guys on the team had better skill sets than others, and that is why they were picked to be players. It wasnÃ¢â‚¬â„¢t any kind of privilege. I did well at sports because I worked hard, tried to learn my trade, and was given a decent amount of athletic ability by God.

I had someone try to use the white privilege card with me the other day. I was having none of it. I said my parents taught me how to read and work hard. I have had a pretty good work ethic most of my life, and I continue to read, continue to study, and continue to learn the skills of speaking and writing. And more than all of that, God has given me favor that I just do not deserve. I am so thankful. No white privilege here at all but a very thankful human being for what God has done in my life and how He has used me beyond my wildest dreams.

Ã¢â‚¬Å“For his anger endureth but a moment; in his favour is life: weeping may endure for a night, but joy cometh in the morning.Ã¢â‚¬Â

Ã¢â‚¬Å“But Noah found grace in the eyes of the LORD.Ã¢â‚¬Â

Ã¢â‚¬Å“Now unto him that is able to do exceeding abundantly above all that we ask or think, according to the power that worketh in us,Ã¢â‚¬Â

Matter of fact, I will take the favor, grace, and privilege of God over any other kind of privilege this world has to offer.

We have a group in Atlanta called the 100 Black Men of Atlanta. They are successful black gentlemen who are taking their talents and teaching them to regular youth and to underprivileged youth so they, too, can have Ã¢â‚¬Å“successÃ¢â‚¬Â as they get older. I wonder how that white privilege worked out for those gentlemen.

As we have watched the decline of the two-parent household throughout the years and have seen the attack by Satan on what a biblical home should look like, poverty is just one of the many consequences that these things have wrought. And it has nothing to do with being white, black, Asian, Hispanic, etc. Poverty is much higher, on average, for anyone who comes from a broken home.

And, by the way, who are those four wimpy men in that meeting? Look at their faces. They didnÃ¢â‚¬â„¢t want to say a word! One guy kind of did, but the mayor shot him down. It looked to me like they had seen this rodeo before. They knew how the mayor would react, and they wanted nothing to do with it. They were just going to sit on the sidelines and let this one play itself out. That really disgusted me as I watched. It was time for some boldness, and they didnÃ¢â‚¬â„¢t seem to have it.

And one other Ã¢â‚¬Å“by the wayÃ¢â‚¬Â here that always irritates me about these social justice warriors is if white privilege is so bad, why doesnÃ¢â‚¬â„¢t the white mayor step down? Why doesnÃ¢â‚¬â„¢t she say, I am white, I donÃ¢â‚¬â„¢t deserve this position, someone of color should have it, and so I quit? Have you noticed they never do that? It seems that the rules apply to others but not to themselves.

What you find from many leftists is that they are very, very hypocritical. It is like the people who believe there are too many people on planet Earth. They think the earth cannot sustain 7 billion people, so we need to do something about it. WouldnÃ¢â‚¬â„¢t the first and easiest step be for that person to commit suicide? It would be one less person using up the resources here on earth. But, of course, they never do that. They want other people to have fewer children, but they wonÃ¢â‚¬â„¢t eliminate themselves for the good of the world. That is called hypocrisy, and it is something they do very well.

What you are witnessing in this video is really lawlessness. A friend who watched the video said, Ã¢â‚¬Å“My goodness, these people have no ability to think beyond their pet SJW doctrines. They are so ashamed of themselves and are willing to elevate criminals to god status. Interesting that it’s probably a form of idolatry.Ã¢â‚¬Â I am not exactly sure if they are talking about illegal immigration or being a sanctuary city, but it is very possible since those issues are on the front burner these days.

Thomas Sowell, a black American social theorist, said, Ã¢â‚¬Å“Immigration laws are the only laws that are discussed in terms of how to help people who break them.Ã¢â‚¬Â

You see, the law matters. Try breaking one of them, and find out if they matter or not! Now, we are living in a time when some people seem to be above the law. They can do whatever they want in Washington or as an illegal immigrant, and they are supposed to get a pass. Try driving 90 miles an hour in a school zone, and see if you get a free pass!

Also remember, GodÃ¢â‚¬â„¢s laws matter. I just got off the phone with a lady whose husband is in jail. He was reading The Watchmen and wanted some other books. As I was talking with her, I found out she was not saved yet. I walked her through the Ten Commandments, and she began to see her sin. She realized she is really no different than her husband who is in jail. Both of them will stand guilty in front of God, and all that will matter is what they have done with the perfect blood sacrifice of the Lord Jesus Christ for their sins.

And that is where we are this Christmas season. As people have holiday parties, take time off from work, go on vacations, give gifts, etc., are they considering what this season is really all about? As one of my friends who is in Heaven now always said, Ã¢â‚¬Å“Your gift is not under the tree, but on the tree.Ã¢â‚¬Â No truer statement has ever been uttered.

At the end of the phone conversation with that woman, I sent her some material to readÃ¢â‚¬â€she loves to readÃ¢â‚¬â€and some material to her husband in prison. I let her know that it was no charge to her, just like God gave us a free gift as well. It was a reminder that the real gifts in life are not under the tree but were nailed to a tree 2,000 years ago. And donÃ¢â‚¬â„¢t forget that the tree and the tomb are both very empty at this moment and will stay empty for the rest of eternity!

I was witnessing in downtown Atlanta one day. A guy had a picture of Jesus on a cross. He was a black gentleman, and Jesus was depicted as black. So he wanted to ask me a question. I told him I knew what the question was before he asked me, and I was right! He wanted to know, Ã¢â‚¬Å“Was Jesus white, or was He black?Ã¢â‚¬Â I let him know that I actually didnÃ¢â‚¬â„¢t care what the color of His skin was. But considering that He was a Jew from the Middle East and was outdoors a lot, I let the guy know, Ã¢â‚¬Å“I am sure He looked a lot more like you than He did me!Ã¢â‚¬Â Then I said, Ã¢â‚¬Å“I am not concerned about His skin color, but I am concerned if His blood can wash me clean of all of my sins.Ã¢â‚¬Â The guy really liked that answer, and we had a good chat. He wanted to make it something racial, when it has nothing to do with race.

Privilege? You better believe I am privileged! I am a child of the Most High God! I am saved! My sins are forgiven! I have breath in my body, and I need to tell someone about what Jesus has done for me and for all of the world! I will go to Heaven when I die! I am the most privileged person in the world, and that is never going to change! Hallelujah!!

P.S. And never forget that Heaven will be inundated with people of all colors!

P.P.S. We have a new Ã¢â‚¬Å“SpecialsÃ¢â‚¬Â page on the website. We will be putting up some great deals there to encourage you in your witnessing. You can click here or on the image below to see them: 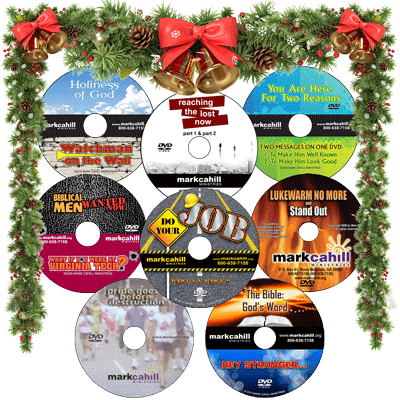 Also remember that all of our eBooks are on special right now. Click here or on the image below to get those as well: 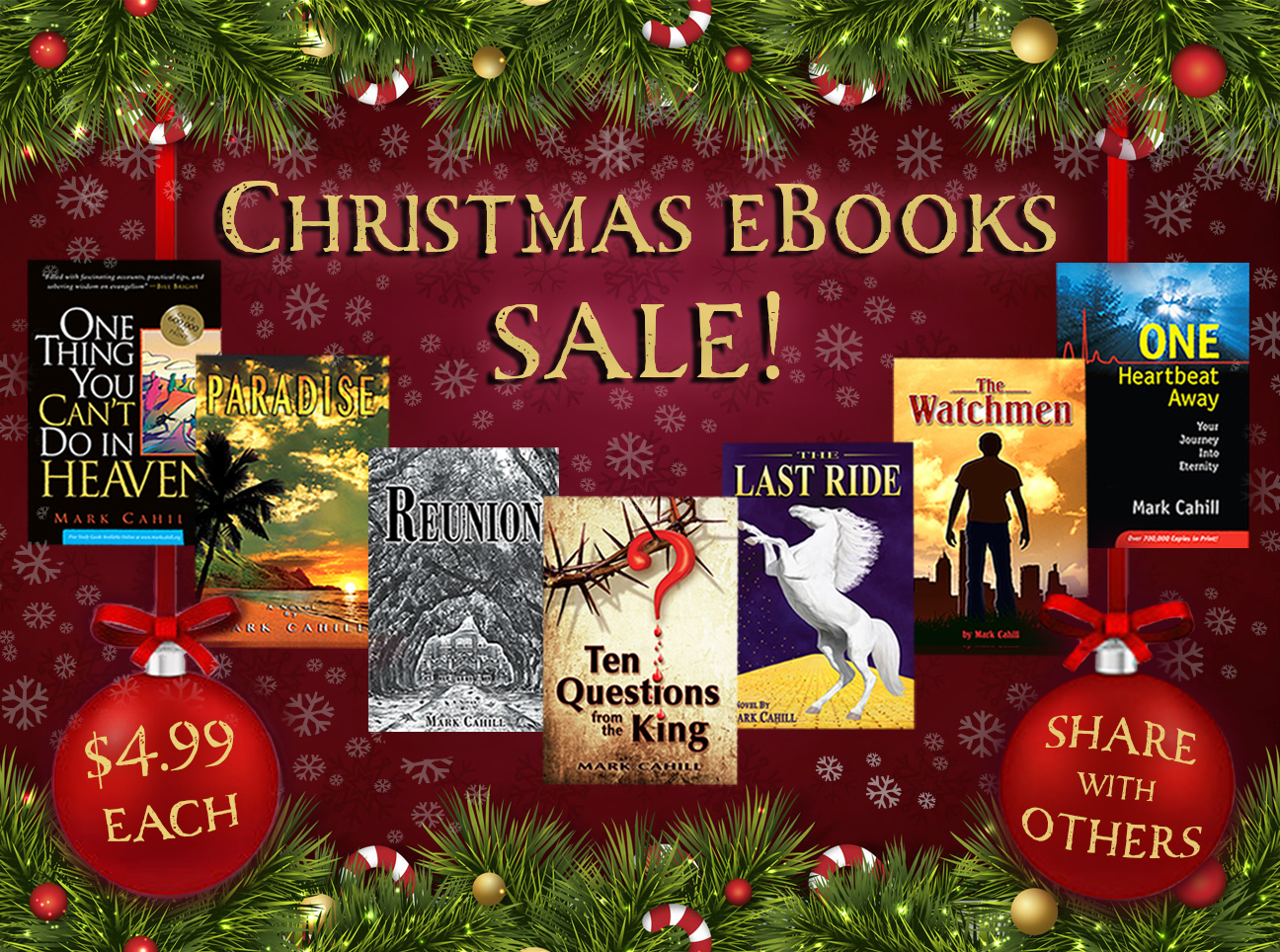