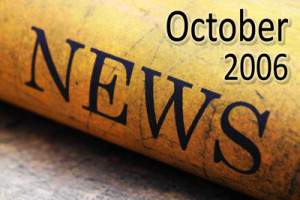 “And on the sabbath we went out of the city by a river side, where prayer was wont to be made; and we sat down, and spake unto the women which resorted thither. And a certain woman named Lydia, a seller of purple, of the city of Thyatira, which worshipped God, heard us: whose heart the Lord opened, that she attended unto the things which were spoken of Paul. And when she was baptized, and her household, she besought us, saying, If ye have judged me to be faithful to the Lord, come into my house, and abide there. And she constrained us.”

I got an email the other day from a lady named Carly. She had an amazing story about her journey from the depths that Satan had taken her, to the forgiveness of Jesus Christ. Here is part of her email below:

For nearly all of my life, I hated Christians. I stood against them, I persecuted them, I would go out of my way in attempts to prove them wrong. Everyone I know is still in shock at what happened. In fact, I think I am still in shock myself. Every time I tell my testimony, God is glorified. I feel blessed and honored that I can share this with you right now.

I was born into an abusive family of drug users and alcoholics. I have a long history of abuse in my past, but the most painful scars came from the wounds that no one could see. My parents would constantly tell me how worthless, stupid, insane, and hopeless I was…and even told me many things that I would never repeat. I became seriously depressed at a very young age. Even in kindergarten, my teacher said there was no light in my eyes. But I was very intelligent, so they placed me in advanced classes, and because I kept up my grades, very little was ever done to help me.

When I was a child, my neighbors asked if they could take me to church. My parents agreed, because it would take me off their hands for some time. When people told me about the Christian religion, about hope, love, joy, peace, happiness . . . I clung to it for dear life. But in every church I went to, finding rides with whatever neighbors would accept me, I would find hypocrisy. My intellect always got in the way, and I would stump the pastors, preachers, ministers, and priests with my questions, or my downright challenges. I recall clearly being asked not to return to a Catholic church when I was 5 because I asked the priest why they bow to statues when the Bible said that was a sin, and asked why they worshiped Mary more than God.

A few years later, in the third grade, I was hopelessly depressed. That year, however, I made some really interesting friends. One friend in particular was very well-read, and I was always going to him to learn things. His name was Nick. He would teach me phrases in French; he would teach me science, math, history, and music. I completely adored him, and listened to everything he told me. One day, he told me that there were other religions in the world besides Christianity. I was shocked, and felt even more anger towards Christians since no one had ever told me this fact before. I immediately became obsessed with studying every religion I could get my hands on. My parents moved us, and I lost touch with Nick, which pushed me further into depression, but I had finally found hope. Every moment that I could, I would study books about religion. I would finish my school work early and get hall passes to the library. I would skip recess and lunch and read about every religion and every deity I could find. I became a recluse, at the age of 10, locked up in my own little world.

I became a follower of the Hindu goddess Kalikamata, or Kali, and intensely studied the teachings of the Golden Dawn, which is a cult. I became highly involved in the occult and magick.

At the age of twelve, I was performing long and complicated rituals, I made an altar to Kali, filled with candles, incense, and even statues that I did indeed bow down to. I worshiped Kali while still studying about every religion I could find. I studied palmistry, tarot cards, numerology, astrology, herbology, and more.

Soon, I got into studying a form of magick called Ã¢â‚¬Å“energy magickÃ¢â‚¬Â. This is the type of magick you see in movies, and youÃ¢â‚¬â„¢ve probably heard about, but I am a witness to magick being very real. I spent a lot of time in meditation, chanting, and doing what is called Ã¢â‚¬Å“invocationsÃ¢â‚¬Â. For invocations, you plead with the deities, which I now know are demons, to come into you, and Ã¢â‚¬Å“blessÃ¢â‚¬Â you with Ã¢â‚¬Å“giftsÃ¢â‚¬Â. By the time I entered high school, I had many Ã¢â‚¬Å“giftsÃ¢â‚¬Â, and I knew how to use them very well.

I had a lot to say. I began to stand up against Christians, and I became evangelical for paganism. Everyone who would listen to me, I would teach about the religions I knew about, and about the occult. Even the toughest skeptics believed me. I started teaching anyone who would listen, and a lot of people listened.

During this time, someone I had known for years began to constantly get on my case about my involvement with the occult, and with my pagan religion. His name was Travis, and I had known him since the sixth grade. He knew the magick I did was real, but he called it evil. I was highly offended by him, and much of my high school time was spent arguing with him. We never got anywhere, but I loved talking about religion, because studying it was my passion, so I did not mind having him around.

As the years moved on, though, I became more and more depressed. I became very suicidal, and my life was saved a few times. I just did not care anymore. Besides, I believed in reincarnation. I was more than ready to trade this life in for a new one.

I actively told Christians why they were wrong. I wrote papers about their hypocrisy. I found Christians who did not walk the talk, and I would verbally beat them down, and tell whoever would listen why Christians were the worst people on earth. I would do history reports on the Inquisition and the Crusades and give copies to people, and post them online as more reasons to hate Christianity. I would get into apologetics debates with any Christian who dared to try to take me on. I played the persecuted party, and would express how I felt that they were monsters for teaching that anyone who didnÃ¢â‚¬â„¢t follow their religion would suffer eternally in a Ã¢â‚¬Å“lake of fireÃ¢â‚¬Â. I enjoyed showing Catholics why they were wrong, and how they didnÃ¢â‚¬â„¢t even follow their own teachings. I did these things every chance that I got.

Then, my mother died. I was cold and heartless about it, because of how I had been treated my whole life, but things got complicated when my father got into harder drugs, abandoned my sisters and I, and I was forced to begin working full-time to pay the bills while still in my senior year of high school. My big sister adopted my little sister, and I was left to my own devices. I decided to go to college, and I was awarded full scholarships. I attended a very liberal university, and I soon found myself back in the occult, practicing magick with a few people on campus, and thinking about eventually becoming a priestess of a Unitarian Universalist church. I believed all religions were just different paths to God.

I started talking to my friend Travis more. We talked about religion, as we always did. Because I told him that I did indeed believe in his God, that I prayed to Him and even wore a cross from time to time, he stopped burying me under apologetics, and started trying to get me to go to church. He did not know at the time that I was still a follower of Kali, and set her higher than the Christian God. He kept giving me sermons to listen to and articles to read, but I never would. Finally, he got on my last nerve, and I agreed to listen to ONE sermon. I accepted the link that he gave me, opened the file, and proceeded to completely ignore it while I checked my email.

However, about half way through, something about the speakerÃ¢â‚¬â„¢s tone made me pause. I still hadnÃ¢â‚¬â„¢t heard what he was talking about, but I stopped to listen to his tone. I stopped and asked myself how he could actually believe this stuff. Christianity as a religion meant nothing to me. I thought, Ã¢â‚¬Å“Wow, he really believes this. He believes this more than I believe that 1+1=2. He knows this. How? How can that be?Ã¢â‚¬Â Then, there was almost this voice in the back of my head that seemed to whisper, Ã¢â‚¬Å“because…itÃ¢â‚¬â„¢s true.Ã¢â‚¬Â

I restarted the sermon, and found out that it was called Ã¢â‚¬Å“One Thing You CanÃ¢â‚¬â„¢t Do In Heaven,Ã¢â‚¬Â by Mark Cahill. The next day, I downloaded all of his sermons that I could find, and asked Travis to give me as many resources that he could think of. Mark CahillÃ¢â‚¬â„¢s sermons walked me through the 10 Commandments, and I repented of each and every one of them.

. . . The next day I hit the streets, street preaching. I called up all of my pagan friends within the next week, and preached to them. I went back to my pagan message board, and shared the gospel with them. When I wasnÃ¢â‚¬â„¢t reading the Bible, listening to sermons, reading books on witnessing and apologetics, I was street preaching.

I have now been saved for about six months, and I am on fire for God. Nobody can keep me quiet. MarkÃ¢â‚¬â„¢s sermons told me I Ã¢â‚¬Å“got to preach the gospelÃ¢â‚¬Â, and preach I do. I am now studying Biblical Studies in college, and I plan to live my whole life to glorify God, to evangelize, and to give myself to God. I am prayerful that he will use me to further His glorious Kingdom! I am so caught up in the wonderful mercy of God…His forgiveness for even me, a modern-day Saul of Tarsus…the miracles He has already worked in my life…I owe him all that I am, and I intend to give it.

As you can tell by CarlyÃ¢â‚¬â„¢s story, you have no clue what the Lord can do with a seed that is planted. It is His job, and His job alone to open up the hearts of people. We must faithfully plant seeds, water seeds, and pray and watch Him work His wonders on the hearts of the lost. It might be a CD given to someone, a book, a tract, a conversation, etc., and the Lord can use all of that to get someoneÃ¢â‚¬â„¢s attention. Would you please be a Travis in someoneÃ¢â‚¬â„¢s life this week? Would you care so much about someoneÃ¢â‚¬â„¢s soul that you will never, ever give up on what the Lord might do in their lives? If God can open up the heart of Lydia, Carly, etc., He can open up the heart of the people you desperately want to see saved.