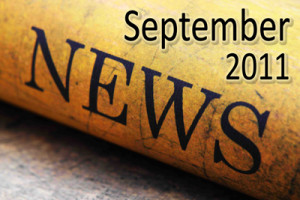 Well it is that time of year again when the kids are heading back to school. Whether theyÃ¢â‚¬â„¢re going to elementary, junior high, high school, or college, the students are about to get bombarded with tons of information. The question is: Are those kids prepared to filter out the falsehoods that they will inevitably hear? Are they prepared to examine everything next to GodÃ¢â‚¬â„¢s Holy Word to make sure the enemy isnÃ¢â‚¬â„¢t deceiving them? Are they prepared to stand up for Biblical truth in their public or private schools? And I do mean Christian schools as well! We have heard of Christian schools teaching all kinds of unbiblical information from evolution being true to Ã¢â‚¬Ëœold earthÃ¢â‚¬â„¢; that the prophecies in the Bible were written down after they occurred, or even that not everyone can repent and believe in the gospel.

So the real danger for students as they head to school lies in whether their guard is down, and whether they have been taught to be critical thinkers. They need to be discerners, so that they can spot unbiblical information when they hear it, even if it is presented as truth. In one of the newer talks that I give, I tell the audience that I am going to say five unbiblical things in the next ten to twelve minutes, and it is their job to find those things and have Scripture to prove where I was wrong. Wow, what a fun talk to give! It has been exciting for me to see so many people spot the errors, and then be able to know the Scriptures to refute those errors.

One of the biggest areas of deception that has pulled so many people away from the truths of GodÃ¢â‚¬â„¢s Word is macroevolution. Or, the principle that one species can evolve into another one. The horror stories I have heard from people who have given up their faith over this one issue continues to astound me. I am always looking for good information as we defend the faith, and recently found another good website: http://creation.com/. This site is loaded with information and articles to help defend the Christian faith. You can look up topics by category, such as Ã¢â‚¬Ëœyoung earthÃ¢â‚¬â„¢, Ã¢â‚¬ËœgeneticsÃ¢â‚¬â„¢, Ã¢â‚¬ËœgeologyÃ¢â‚¬â„¢, Ã¢â‚¬ËœanthropologyÃ¢â‚¬â„¢, Ã¢â‚¬Ëœthe BibleÃ¢â‚¬â„¢, Ã¢â‚¬Ëœice ageÃ¢â‚¬â„¢, etc. as you are working on papers and presentations for your classes, or to have the information when you are witnessing.

When I was talking to an atheist on the streets in Iowa last night, we talked about where this creation, the earth, could have come from. How could a creation not have a Creator? Where did the first piece of matter come from? Even though he thought there was nothing when he died, I asked him did he hope there was something when he died?! It is always fun to see peopleÃ¢â‚¬â„¢s reaction to that question, because many atheists do hope that there is something beyond this world. It is the eternity that God has put in all of us that makes us think about that.

I was talking with a college student recently that was given the assignment to prove evolution was true. She is a Christian lady, so she did the exact opposite, and instead, she showed how creation was true! The teacher tried to give her an incomplete on the assignment, but her college has a policy that students do not have to do assignments that go against their convictions. So she won her case when she stood her ground!

One of my all time favorite speakers and people on planet earth is Dr. Jobe Martin. His fantastic book The Evolution of a Creationist is a must-read, and I highly recommend his DVDs as well (evolutionofacreationist.com). You see, Dr. Martin was an evolutionist, until a couple of students challenged him on the creationist model. So as any good seeker of truth, he started studying, and that is how he evolved into a Creationist! Can you imagine if those students werenÃ¢â‚¬â„¢t standing up for God and Biblical truth? Where would Dr. Martin be today?

We had a Creationist professor get so excited about reading One Heartbeat Away and specifically the chapter on evolution, that she contacted the ministry. We introduced her to some other folks in her field and now she is robustly standing up for the Creator God of the Bible in her classroom and with her students.

One of my more vivid memories of my college days was the very first day of an anthropology class. The professor started talking about what we would be learning in the classroom that quarter, and all of the sudden, a student raised his hand and started talking about the Bible and GodÃ¢â‚¬â„¢s creation, and asking the professor questions. Now at this point in my life, I was not much into the topic of God. All these years later, I remember nothing that my professor taught during that class, but I still remember that bold man of God who stood up for what he believed!

Always have some good questions in your arsenal when you are witnessing to people or talking with someone about evolution:

A college student once told me that he had a professor say that a comet hit Mars and a chunk of Mars landed on earth and that is how the first cells got here and life evolved from that. Ã¢â‚¬ËœWere you there when it happened?Ã¢â‚¬â„¢ would have been a great question to ask him! That professor was just making a wild guess and nothing else.

These are all great questions to use all the days of your life.

Ã¢â‚¬Å“That it might be fulfilled which was spoken by the prophet, saying, I will open my mouth in parables; I will utter things which have been kept secret from the foundation of the world.Ã¢â‚¬Â

Ã¢â‚¬Å“But from the beginning of the creation God made them male and female.Ã¢â‚¬Â

Ã¢â‚¬Å“Whom the heaven must receive until the times of restitution of all things, which God hath spoken by the mouth of all his holy prophets since the world began.Ã¢â‚¬Â

Ã¢â‚¬Å“For the invisible things of him from the creation of the world are clearly seen, being understood by the things that are made, even his eternal power and Godhead; so that they are without excuse:Ã¢â‚¬Â

Ã¢â‚¬Å“For ask now of the days that are past, which were before thee, since the day that God created man upon the earth, and ask from the one side of heaven unto the other, whether there hath been any such thing as this great thing is, or hath been heard like it?Ã¢â‚¬Â

Ã¢â‚¬Å“To the chief Musician, A Psalm of David. The heavens declare the glory of God; and the firmament sheweth his handywork.Ã¢â‚¬Â

Ã¢â‚¬Å“To the chief Musician, A Psalm of David. The fool hath said in his heart, There is no God. They are corrupt, they have done abominable works, there is none that doeth good.Ã¢â‚¬Â

Ã¢â‚¬Å“In the beginning God created the heaven and the earth.Ã¢â‚¬Â

I do believe that this God who created the earth is worth standing up for. How about you?

P.S. I have a new talk out that I have been getting a lot of feedback on entitled You Plus the Holy Spirit Are… You can click here to listen to it. You can also click here if you want to watch it.

P.S.S. We also have a new tab on the website that you can click to download the books and booklets in different languages. We will continue to post more as they are translated. So feel free to download them and pass them along to people in those language groups. You can click here: https://markcahill.org/teachings/translation/