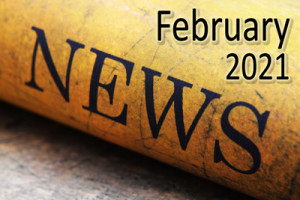 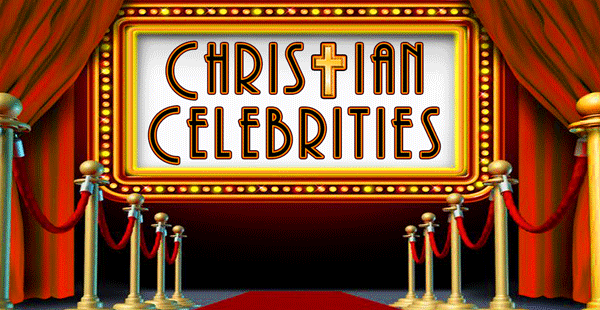 Why did I watch this video? I should have known better. I knew before clicking on it that it would probably become a newsletter! Just knew it. So, I clicked on it anyway. And now, for your benefit, you get to click on it as well! Five minutes. That’s it. Five simple minutes. See if you can pick out any false teachings in this short video: 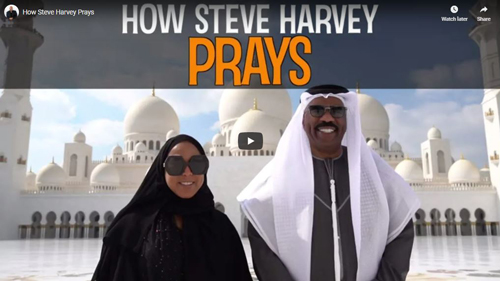 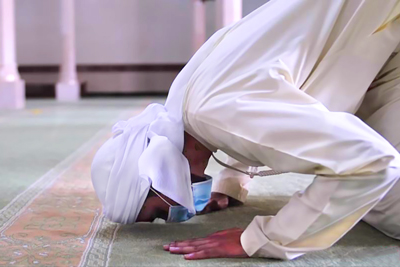 When I see people praying, many times, I will ask them, “Who are you praying to?” My curiosity has opened up some fascinating conversations. Steve Harvey would be a good person to ask that question of to see how he answers.

By the way, as a Christian, do you typically put on Muslim clothing to pray? Of course not. So ask yourself the question:“Why did he put on special clothing to pray?” Aren’t Christians clothed with Christ? And aren’t their white robes given to them in Heaven?

Many Roads to Heaven 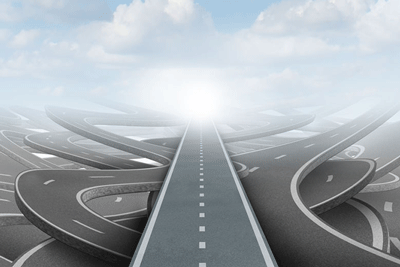 Steve also informs us that there is not just one way to Heaven or one way to paradise. Remember, Muslims call their heaven “paradise.” So, is he purposefully mixing both terms together for a reason?

Is it true that there are many roads to Heaven? Where do we go to find the answer?

There is only one place we go to find eternal truth. Let’s see what the Bible says about how many ways there are to Heaven:

Neither is there salvation in any other: for there is none other name under heaven given among men, whereby we must be saved.

For there is one God, and one mediator between God and men, the man Christ Jesus;

Jesus saith unto him, I am the way, the truth, and the life: no man cometh unto the Father, but by me.

And almost all things are by the law purged with blood; and without shedding of blood is no remission.

To him give all the prophets witness, that through his name whosoever believeth in him shall receive remission of sins.

That if thou shalt confess with thy mouth the Lord Jesus, and shalt believe in thine heart that God hath raised him from the dead, thou shalt be saved. For with the heart man believeth unto righteousness; and with the mouth confession is made unto salvation.

Well, that pretty much sums it up for me. Sure looks like there are many paths to Heaven!! Goodness. Does anyone read their Bible anymore? Does Steve spend a multitude of hours studying the Scriptures? That would have been a better use of his time instead of traveling halfway across the world to be photographed in Muslim garb. So, either Steve does not read his Bible, or he does not believe what God says in the Bible. 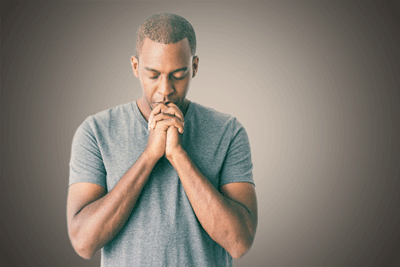 Steve says that he got saved at 16 years old:

“I got saved when I was 16 years old, but when I went to college, I backslid and I got all off track. I went to college, man, and lost my mind: I could stay out at night; there were girls; I could eat what I wanted to eat.  https://www.premierchristianity.com/Past-Issues/2020/October-2020/Steve-Harvey-One-of-America-s-biggest-comedians-talks-candidly-about-his-mistakes-and-the-grace-of-God

Makes you wonder if he was ever grounded in his faith. Or did he say a quick prayer, bank on a Get Out of Hell Free card, and then head out into the wild world of comedy?

But could there be more to the story? Could it really be that people are so petrified of “cancel culture” that they do not want to take a stand for Christ anymore? Are they so afraid of losing a job, losing a show, losing a speaking engagement, losing a donor, losing followers on social media, or losing other things that they will not make the stand they know is correct?

There is coming a day when you will realize that Jesus was worth standing for with all that you had. You just want to make sure you realize the importance of taking that stand today rather than waiting until you stand before God on Judgment Day.

For do I now persuade men, or God? or do I seek to please men? for if I yet pleased men, I should not be the servant of Christ.

Tuning In to Heaven 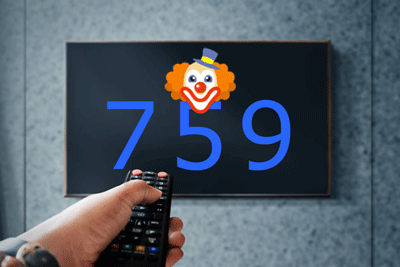 Steve seems to think that because 800 channels exist for television, a myriad of ways must also exist to get to Heaven. Interesting. Do you remember when the apostle Paul was testifying before King Agrippa? Can you imagine Paul saying, “Hey, Grip. Do me a favor. Turn on your set, enjoy channel 759, and I will see you in paradise one day!”

One of the current sayings I’m hearing is that we are living in a “clown world.” Things are now just so odd, weird, and clownish. People have never seen days like these before in their lives. Steve’s “over 800 channels” comment is a clown-world answer. Where are the good, strong, fearless, bold men of God who will speak truth to the King Agrippas of our world and speak truth in Dubai?

The announcer said that after spending one week with Steve and his family, one thing he learned was that religious tolerance is the most important thing, and it needs to be promoted every single day. Okay. Let me ask you a question. If someone you had never met before spent one week with you—seven days—and they walked away with “one most important thing,” what would it be? 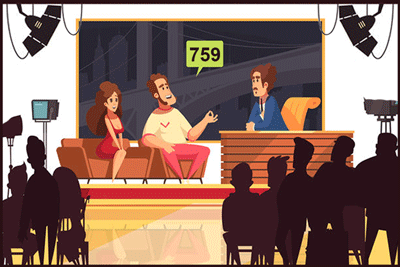 In our celebrity-induced culture, it seems like we want to migrate toward Christian celebrities or other people who claim the name of Christ like Steve, Justin Bieber, Kanye West, and others. As we always say, be careful who you follow. You might just pick up some of their teachings, even when those teachings may not be biblical.

In whom the god of this world hath blinded the minds of them which believe not, lest the light of the glorious gospel of Christ, who is the image of God, should shine unto them.

These are not the days to be walking around blind. You might just walk over a spiritual cliff one day if you do. 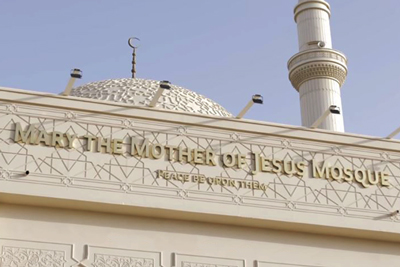 But this interview also ties into a movement that is currently called Chrislam. It is the blending together of Christianity and Islam for the sake of unity.

Just because the name of Jesus is mentioned 25 times in the Qu’ran doesn’t mean that Muslims honor the real Jesus. And just because the names of Jesus and Mary are placed on the outside of a mosque in Dubai doesn’t change who they worship inside of that mosque. Remember, the Dome of the Rock shrine in Jerusalem has all kinds of Arabic writings, both inside and out, declaring there is no god but Allah, Allah takes no son to himself, and Jesus is merely Allah’s messenger. If Islam will not budge from their beliefs about God and Jesus and neither will Christians, then Chrislam is the middle ground of compromise.

Many people will tell you that Islam is a religion of peace and wonder, “Why can’t we all just get along?” They say that even the word Islam means “peace.” What they won’t tell you or don’t know is that Islam really means “submission.” When you submit to Islam, then you have peace with Islam. Steve appears to have made his peace.

And, if you ever wonder if Islam truly is a religion of peace, here is a good website to keep bookmarked:

What Steve and the host are implying in the video is that they do not want you to share your faith with people of other religions. Just keep your head down, don’t look up to see a lost person, and keep Jesus to yourself. That is a non-starter for me. 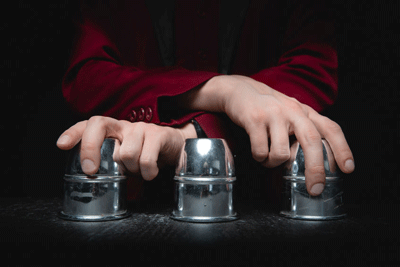 One of the more fascinating things about the video was watching the host. He knew what he was doing. He knew exactly what he was doing. He was using Steve Harvey and using him big time. He knew it, but Steve didn’t know it. The host wanted to promote more tolerance. But it is time for more intolerance in our world. We do not need to tolerate false teachings any longer or pretend that they don’t matter. They matter because truth matters.

Mr. Harvey doesn’t realize that Satan is also using him. His discernment is that low. Please pray for him and his family. One thing I always tell people is that either God is going to use you or Satan is going to use you, but either way, you are going to get used. Make sure God is doing the using of your life as your time on earth evaporates away.

P.S. And one thing I remembered as I was putting this newsletter together was that Steve is famous for having announced the wrong winner at the Miss Universe Pageant in 2015:

Mistakes happen. Welcome to life. But there are no mistakes on Judgment Day. Either you got saved or you didn’t. Either your name is in the Lamb’s Book of Life or it isn’t. Either Jesus is the only way to Heaven or He isn’t.