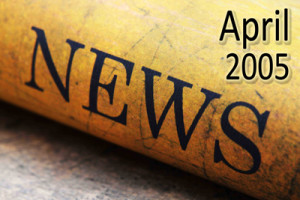 Where Is The Outrage?

Then Peter and the other apostles answered and said, “We ought to obey God rather than men.”

We live in very serious times. We live in very troubled times. The case of Terry Schiavo had so many people thinking, wrestling with the question: Who has custody of this woman? Does her husband? Or her parents?

I have a much different question to pose. No matter what side of the debate you take, tell me. Where is the outrage? Tell me:

Ã¢â‚¬Â¢ Since when is it okay to pull a feeding tube from someone and it not be an outrageous act of murder in our country?

Ã¢â‚¬Â¢ How far have we fallen as a nation that our blood doesn’t boil when someone is allowed to starve to death for 13 days in full view of the world? And no one with the power to stop it would lift a finger!

Ã¢â‚¬Â¢ Where were the throngs of protestors when our government sanctioned the pulling of a feeding tube from a living person innocent of any crime? Aren’t criminals treated better than this?

Ã¢â‚¬Â¢ Isn’t this an example of the “cruel and unusual punishment” forbidden by our Constitution?

Ã¢â‚¬Â¢ Did you know that nurses said that Terry could actually drink and take food by mouth? They knew because they had fed her until forbidden to do it.

Ã¢â‚¬Â¢ Did you know that part of the court order to remove the feeding tube was that no one could walk into that room with food or water for her?

Ã¢â‚¬Â¢ Didn’t it bother you just a little bit that Terri’s parents were strip-searched before they went into Terri’s room in order to make sure that they didn’t have any provisions for their daughter?

Ã¢â‚¬Â¢ Big question: Why would it matter if anyone brought in food or water if she couldn’t take nourishment by her mouth?

Ã¢â‚¬Â¢ Why wasn’t the truth told about Terri’s condition? Why wasn’t she examined by the doctors who offered to do it?

Ã¢â‚¬Â¢ Why wasn’t Terri brought before Congress? They had ordered her to be brought before them so they could see for sure what her condition was really like, and not just have to decide between conflicting opinions rather than observation.

Ã¢â‚¬Â¢ Why didn’t most people Ã¢â‚¬â€ especially the people with the power to stop the murder Ã¢â‚¬â€ behave normally? What’s normal behavior when someone is thirsty? When someone is hungry?

Ã¢â‚¬Â¢ What do you do when you someone asks you for money because they are hungry or thirsty?

“After this, Jesus Ã¢â‚¬â€ knowing that all things were now accomplished Ã¢â‚¬â€ that the scripture might be fulfilled, saith, “I thirst.” Now there was set a vessel full of vinegar: and they filled a spunge with vinegar, and put it upon hyssop, and put it to his mouth.”

So is it okay to bring Jesus something to drink when He is thirsty, but not Terri Schiavo? Doesn’t anyone remember that what you do “unto the least of these” you do unto Him.

Did you know that over 40 people got arrested trying to bring her nourishment? I didn’t read about people getting arrested for doing that for Jesus.

Did you know that one of the people arrested was 10 years old? I hope you saw his picture on the Internet. I have a feeling that a couple of very bold parents raised this child.

Will it be if they kill a baby once it leaves the mother’s womb? No, they’ve been doing that routinely for quite a while.

Will it be if they lock down your church and say you can’t worship there? No, they’ve been doing that for a while, too, using the IRS and other government agencies to muster up a pretest of legality.

Will it be when they force your kids to go to government schools? No, that’s been going on for a long time, here and there. And President Clinton and others regularly defame law-abiding, God-fearing homeschoolers as terrorists who commit crimes like the Oklahoma City bombing.

Will it be when they allow pedophilia to be legal? What, you didn’t know that these people are a protected species for decades? The Man-Boy Love Association and many other organizations of pedophiles use the US Post Office regularly, and people who refuse to deliver their stuff are forced to quit.

Or how about when the government says that people can’t live past 80 years old because they take up too many resources? This isn’t official yet, but it’s being hinted at, and for many decades some nursing homes have been routinely executing the elderly, by injection or by withholding food and water, when their money has run out.

Where is the outrage about all this?

What will be the line in the sand for you? Where will you say, “That’s it!”

Did you know that not only were all those police outside the hospice where Terri was being held prisoner, but that there was also a sniper on one of the buildings?

What was he there for? Was he going to shoot people bringing cups of water in? What would have happened if just one church of a thousand people had showed up with food and water for Terri? (And where is there a pastor who would lead a group like that?)

Would those police have arrested everybody? Maybe that is the point we need to reach in America before we will stand up and say, “Thus far and no further!”

Our society has decayed so much in recent years that it is unrecognizable to people who were born before 1960. When is someone with a backbone going to make a stand? Will that person ever be you or me? Or will we spend our whole life seeking the approval of men rather than the approval of God?

We live in troubling times. We are in a much more serious state than any of us can imagine. How do I know? The starving death of Terri disappeared from the scene in just a couple of days! Why? Because the Pope died. Our society’s moral outrage was easily defused by the media’s shift of interest.

As usual, the media was the keeper of our minds, and we just moved on with them to something else Ã¢â‚¬â€ the next event that would keep our attention for a short time.

But we need to revisit the issues: When courts usurp the authority vested by the people in other branches of government, and the people of this nation “under God” no longer live and think “under God,” we are in more serious trouble than you or I can imagine.

In the second and third chapters of the book of Revelation, Jesus speaks to six churches, commending and rebuking. These congregations existed at the time, and the messages were meaningful to them.

But there is some evidence that these messages are also prophetic to the Church down through the ages until the Last Days, with the sixth message being appropriate to the Last Days of the Church. Since most Bible believers think that we now live in those Last Days, what did Jesus speak prophetically to us?

[Jesus is speaking to John] And unto the angel of the church of the Laodiceans write: These things saith the Amen, the faithful and true witness, the beginning of the creation of God; I know thy works, that thou art neither cold nor hot: I would that thou wert cold or hot.

So then, because thou art lukewarm, and neither cold nor hot, I will spur thee out of my mouth. Because thou sayest, “I am rich, and increased with goods, and have need of nothing; and knowest not that thou art wretched, and miserable, and poor, and blind, and naked.

As many as I love, I rebuke and chasten: be zealous, therefore, and repent. Behold I stand at the door and knock; if any man hear my voice, and open the door, I will come in to him, and will sup with him, and he with me.

To him that overcometh will I grant to sit with me in my throne, even as I also overcame, and am set down with my Father in his throne. He that hath an ear, let him hear what the Spirit saith unto the churches.

Troubled times lie ahead for us Ã¢â‚¬â€ not just because of Satan, but because Christians are complacent. When God’s judgment falls on this country in a way you have never seen or imagined before, please don’t act surprised.

When fire and brimstone rain down on America, don’t wonder why. We will be getting what we deserve. Shame on lukewarm followers of Jesus who barely live for Him, and who certainly wouldn’t want to die for Him.

Let’s pray: Father forgive us for our complacent attitudes, and for not giving our all to your cause. We are a nation of sinners headed either for judgment or revival. In the coming days, Father, help each one of us decide which side we will be on. Let us stand for Jesus or stand for sin, but let us all know: There is no middle ground. Yours is the only way. Amen