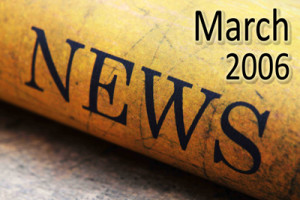 “Beloved, when I gave all diligence to write unto you of the common salvation, it was needful for me to write unto you, and exhort you that ye should earnestly contend for the faith which was once delivered unto the saints.

For there are certain men crept in unawares, who were before of old ordained to this condemnation, ungodly men, turning the grace of our God into lasciviousness, and denying the only Lord God, and our Lord Jesus Christ.”

So, why shouldnÃ¢â‚¬â„¢t I look at so-called Ã¢â‚¬Å“religiousÃ¢â‚¬Â people and expect the same thing? The Bible commands us to be very careful of wolves in sheepÃ¢â‚¬â„¢s clothingÃ¢â‚¬â€to be very careful of certain men who will creep into the church and teach ungodly things. But it seems like I always tend to give religious people a free pass, when the Bible tells me to do just the opposite. Why? Because it is often so hard to tell the difference between true and false Christians. The closer someone walks to the line of righteousness, the harder it is to tell that person apart from someone who is truly righteous (a true Christian). ItÃ¢â‚¬â„¢s sort of like thisÃ¢â‚¬â€someone can walk down the street all dressed up like a basketball player, but I would never know if he was one until I saw him try to take the ball to the hoop. I would need more information than just the outward appearance to come to the right conclusion. Too many times we accept religious people at face value, when we really need more information to come to the right conclusion.

I was speaking at an event recently, and I made a comment about something that was written in the will of Pope John Paul II. There were some Catholic kids and adults at the event who didnÃ¢â‚¬â„¢t take too kindly to what I said. They emailed me and said that we should be all about unity, and why canÃ¢â‚¬â„¢t we just unite under the same umbrella? Well at first that sounds good, but perhaps I need more information in order to draw the right conclusion about this unity umbrella. WouldnÃ¢â‚¬â„¢t you agree?

Roman Catholicism and Protestant Christianity are two faiths with some very distinct differences. The Protestant Reformation began when a Roman Catholic scholar, Martin Luther, protested what the Vatican was teaching. He had three main concerns.

First, the Catholic Church was denying the idea of Scripture alone being the sole authority in the church. They had elevated some of the traditions of men to the same level as Scripture, which contradicts the clear teaching of the Bible.

“All scripture is given by inspiration of God, and is profitable for doctrine, for reproof, for correction, for instruction in righteousness: That the man of God may be perfect, thoroughly furnished unto all good works.”

Clearly, Scripture is the final authority on all things.

Traditions of men cannot be on the same level as Scripture, but at the council of Trent in 1545, the Roman Catholic Church decided that tradition was equal in authority to Scripture. The councilÃ¢â‚¬â„¢s decision reversed what had been accepted for over 1,500 yearsÃ¢â‚¬â€that Scripture alone was the sole authority.

What were some of the traditions being held up by the church? They included: the church built upon Peter as the first pope; purgatory; prayers to Mary and other dead saints to mediate on our behalf; kneeling and praying before statues and images; confession to a priest for absolution of sins; the necessity of mass and sacraments for salvation; salvation only through the Roman Catholic Church; the Eucharist by transubstantiation literally becoming the body and blood of Jesus; the selling of indulgences; veneration and worship of Mary; the rosary; immaculate conception of Mary; sinlessness of Mary. There is no biblical backing for any of these traditions.

“Then came together unto him the Pharisees, and certain of the scribes, which came from Jerusalem. And when they saw some of his disciples eat bread with defiled, that is to say, with unwashen, hands, they found fault. For the Pharisees, and all the Jews, except they wash their hands oft, eat not, holding the tradition of the elders. And when they come from the market, except they wash, they eat not. And many other things there be, which they have received to hold, as the washing of cups, and pots, brasen vessels, and of tables. Then the Pharisees and scribes asked him, Ã¢â‚¬ËœWhy walk not thy disciples according to the tradition of the elders, but eat bread with unwashen hands?Ã¢â‚¬â„¢ He answered and said unto them, Ã¢â‚¬ËœWell hath Esaias prophesied of you hypocrites, as it is written, This people honoureth me with their lips, but their heart is far from me. Howbeit in vain do they worship me, teaching for doctrines the commandments of men. For laying aside the commandment of God, ye hold the tradition of men, as the washing of pots and cups: and many other such like things ye do.Ã¢â‚¬â„¢ And he said unto them, Ã¢â‚¬ËœFull well ye reject the commandment of God, that ye may keep your own tradition.Ã¢â‚¬â„¢”

These traditions of men are contrary to the teachings of God. So what will it beÃ¢â‚¬â€Scripture or tradition? ItÃ¢â‚¬â„¢s your choice.

“My little children, these things write I unto you, that ye sin not. And if any man sin, we have an advocate with the Father, Jesus Christ the righteous: And he is the propitiation for our sins: and not for ours only, but also for the sins of the whole world.”

“For there is one God, and one mediator between God and men, the man Christ Jesus.”

Finally, the third concern that Luther had was the Catholic ChurchÃ¢â‚¬â„¢s view of salvation. They rejected salvation by faith alone, but rather said that salvation is by faith plus works. Also, according to Catholic teaching, purgatory is a place for the purification of sins, even though the Bible doesnÃ¢â‚¬â„¢t even hint that such a place exists (the council of Florence made purgatory official in 1438). Alms were given and indulgences were purchased for the dead, in hopes that such efforts would lessen a loved oneÃ¢â‚¬â„¢s time in purgatory. Again, the only problem is that purgatory is not taught in the Bible. If purgatory is real, then ChristÃ¢â‚¬â„¢s death is insufficient for the forgiveness of sins. And that flies in the face of clear biblical teaching. But remember, if Scripture is not the sole authority, then it really doesnÃ¢â‚¬â„¢t matter what the Bible says, because it can always be trumped by the teachings and traditions of men.

“But if we walk in the light, as he is in the light, we have fellowship one with another, and the blood of Jesus Christ his Son cleanseth us from all sin.”

If all of my sin is cleansed by the blood of Jesus, there is no need for purgatory (even if it did exist!).

“Now where remission of these is, there is no more offering for sin.”

Nothing else can wash away our sins but the blood of Jesus. Nothing. There is no good deed that I can do to erase any sin I have ever committed. Only my faith in Jesus Christ can do that.

Please make it a point to read the new Catholic Catechism of 1995. You will be amazed at what you read.

“For by grace are ye saved through faith; and that not of yourselves: it is the gift of God: Not of works, lest any man should boast.”

“Jesus saith unto him, Ã¢â‚¬ËœI am the way, the truth, and the life: no man cometh unto the Father, but by me.Ã¢â‚¬â„¢”

In 1994 there was a document signed by several evangelical and Catholic leaders called The Evangelicals and Catholics Together Document. It was a commitment by both parties to lay aside doctrinal differences and to go forward in unity fighting for social reform. Brothers and sisters in Christ, we cannot put aside our doctrinal differences just for the sake of unity. We must stand up for the truth and earnestly contend for the faith, just like the book of Jude says. We cannot compromise on truth, even if people call us Ã¢â‚¬Å“narrow-minded.Ã¢â‚¬Â Truth is narrow.

If I told you that 2+2 = 5, and you told me I was wrong, should I say that you are narrow-minded? No. I should say, Ã¢â‚¬Å“YouÃ¢â‚¬â„¢re right! And IÃ¢â‚¬â„¢m wrong!Ã¢â‚¬Â In the same way, the truth about Jesus Christ and salvation is very narrow, and we cannot compromise on that just so that we can all huddle together under the umbrella of unity. How can truth unify with error? Not everyone can be under the same umbrella. ThereÃ¢â‚¬â„¢s a right umbrella and a wrong umbrella. Which one do you want to be under?

“Jesus answered and said unto him, Ã¢â‚¬ËœVerily, verily, I say unto thee, Except a man be born again, he cannot see the kingdom of God.Ã¢â‚¬â„¢Ã¢â‚¬Â