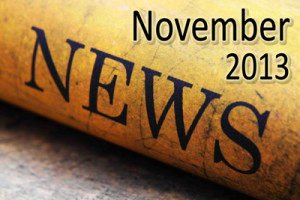 The National Center for Life and Liberty (http://www.ncll.org/) is one of the groups that help assist Christians with legal matters that may arise as we stand up for Jesus Christ.

I was reading a letter from them today, and noticed that it said some very interesting things about the founding of our country. They relayed a little of what really happened during ThanksgivingÃ¢â‚¬â€œwhat we read in our textbooks isnÃ¢â‚¬â„¢t always the truth.

Ã¢â‚¬Å“The Atlantic crossing in the fall of 1620 had been an extremely difficult journey for the Pilgrims. For two months, 102 people were wedged into what was called the Ã¢â‚¬Ëœtween decksÃ¢â‚¬â„¢Ã¢â‚¬â€the cargo space of the boat, which only had about five-and-a-half feet of headroom. No one was allowed above deck because of the terrible storms. This was no pleasure trip, but God sustained every one of the Pilgrims through the voyage.

After sixty-six days at sea, land was sighted off what is now Cape Cod, Massachusetts. But that was not where the Pilgrims wanted to be. They had intended to establish their new colony in the northern parts of Virginia (which then extended north to the Hudson River in modern-day New York), but two factors interrupted their plans. The winds had blown them off course, but they also later learned that some Englishmen traveling with them (often referred to as the Ã¢â‚¬ËœstrangersÃ¢â‚¬â„¢) wanted to settle in a different location and had bribed the crew to take them off course.

Once again, God was in charge; and the Pilgrims landed exactly where God wanted them to be. Had they actually landed in northern Virginia near the Hudson River, they would most certainly have been attacked by hostile Indians. Instead, there were no Indians on Cape Cod when the Pilgrims made landfall there. The land had already been cleared, and the fields had already been cultivated, but the Indians who had prepared the land had all died of the plague.

Throughout that first summer of 1621, the Pilgrims persevered in work and in prayer. Assisted by the new Indian friends that God had sent their way, the fall corn harvest was successful. Pilgrim leader Edward Winslow expressed the colonyÃ¢â‚¬â„¢s thanks to God in his journal. Ã¢â‚¬ËœGod be praised, we had a good increase of corn,Ã¢â‚¬â„¢ he said, and Ã¢â‚¬Ëœby the goodness of God, we are far from want.Ã¢â‚¬â„¢Ã¢â‚¬Â

When you really think about it, we all have so much to be thankful for. Whether it is food on the table, our family, a job, life or love, we have tons for which we should be thanking God.

But what is interesting about life is that many times we look at the negative things. What is wrong? Why do bad things happen to good people? Why did I get cancer or have a heart attack? Why is it so hard to find a job? Why, why, why?

“In every thing give thanks: for this is the will of God in Christ Jesus concerning you.”

This is one of my favorite verses in the Bible. God tells us to give thanks in everything. And of course everything means everything! But isnÃ¢â‚¬â„¢t it easy to be thankful when the kids are healthy, the bank account is full and our football team is winning? The key though is to be thankful when things arenÃ¢â‚¬â„¢t so hot. God is still on His throne, no matter what our circumstances look like.

I want to thank all of you for the bold witnessing you have done this past year! It is exciting to hear your stories and your faithfulness to God even when the times can be trying.

This FB message just came in:

Ã¢â‚¬Å“Hey Mark. My name is Steven. I don’t know if you remember me from Adelitas Mexican restaurant in Cedar Rapids, IA from a couple weeks ago. I just wanted to share that you really touched me that day. I never said anything, but my wife went to the hospital Oct. 3, that Thursday. Well I was having a rough morning that day, because I had gotten a call at 7 am that morning that my wife got moved to the ICU. She is finally doing better. I started reading the book you gave me, and I am touched already after the first chapter of The Watchmen. I feel I need to do better myself of following the right path. I would be grateful to hear back from you and if you could help me on my way. Hope to hear from you.Ã¢â‚¬Â

Yes, God can still use us in the trying times in life. Thanks for trusting God whether your wife is healthy, whether she is in the ICU, or whether you are a widower.

Here is a neat testimony from my friend, Keith:

Ã¢â‚¬Å“The other day, I went to a breakfast with some men I work with and brought around six of your books One Heartbeat Away. During the meal, two men were discussing the big bang theory and creation. It was a perfect opening the Lord provided, so I could offer your book and tell them that very subject was covered within its pages. I then gave out the rest of the books to others. Now comes the good part: Within a couple days, I get a phone call from one of the individualÃ¢â‚¬â„¢s brother, asking if I had any more books, because when he started reading it, he couldn’t stop, and he talked to a number of his friends that wanted to read it, too. He asked if I could help him out, and when I asked how many he needed, he told me six. I told him no problem, and then he thought a moment and asked if he could have 10! Once again, no problem. He was very excited saying it was the best book he had ever read and wanted to give one to all his friends and family. He couldn’t wait to be a part of sharing with others. I understand his enthusiasm, as I feel the same way. It is an honor to share in your ministry. May God bless you as much as he blesses me,

Keith is blind! He is thankful he is blind! He uses not being able to see for GodÃ¢â‚¬â„¢s glory. He loves to witness, loves to hand out tracts, and is one bold soldier for the Lord. I am so thankful that he doesnÃ¢â‚¬â„¢t live his life in a pity party, but just serves the Lord wherever he goes. He is in for an amazing encounter when his eyes open for the first time on the other side!!

You people who read this newsletter in different parts of the world, please pray for America. It is an amazing country. We have had many highs and have had many lows. We have been a city shining on a hill at different times throughout our history. We need to repent and get back to what God desires for this country to be. Please pray that the remnant in this countryÃ¢â‚¬â€œand there is a very strong remnant hereÃ¢â‚¬â€œwill stand bold and proclaim the name of Jesus Christ no matter what it costs us in the days to come.

“By him therefore let us offer the sacrifice of praise to God continually, that is, the fruit of our lips giving thanks to his name.”

These thankful witnesses had an unexpected surprise and answer to prayer as they stood out in the cold and prayed throughout the evening for the chance to speak to the whole film crew in their area! Their diligence was rewarded in an unexpected way! Praise the Lord for them and all bold witnesses who make the most of every opportunity! 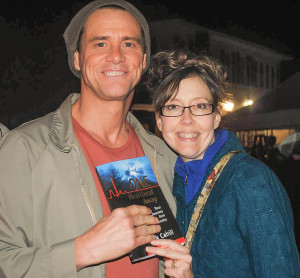