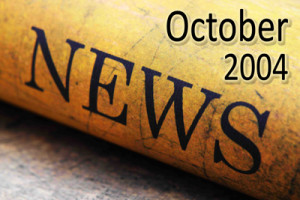 Getting In The Game

Ã¢â‚¬Å“Let every soul be subject unto the higher powers. For there is no power but of God: the powers that be are ordained of God.

Whosoever therefore resisteth the power, resisteth the ordinance of God: and they that resist shall receive to themselves damnation. For rulers are not a terror to good works, but to the evil.

Wherefore ye must needs be subject, not only for wrath, but also for conscience sake. For for this cause pay ye tribute also: for they are God’s ministers, attending continually upon this very thing.Ã¢â‚¬Â

With upcoming elections almost upon us, we are heading into a most interesting time. It is fascinating to see what people will do to get votes for their candidates. The commercials mean a lot to some people. The debates will sway some people’s opinions. Reviewing the record of what someone has done in the White House or in the Senate will probably give a good indication of what they might do in the future.

We look at commercials, listen to debates, and review behaviors. But we so often leave God out of our considerations. Do you realize that God actually ordains rulers over people? Do you remember that the Bible tells us He sets up and takes down rulers? In the light of that consideration, I find myself wondering: Who will God set up as the President of the United States of America?

Will He give us someone that we deserve? Or will He be gracious to us and give us someone that will turn our nation from sin, and lead us to righteousness? Will He give us a ruler that will glorify Him? Or a ruler that will encourage us to worship things that don’t glorify God? If we look back at the past couple of decades, we can see why God may have put certain rulers over our country at certain times. Think about it.

Because God is powerful enough to set up rulers, does that mean we don’t have to vote? The Scriptures say that God desires all to be saved, but does that mean that we don’t have to witness? No, we need to obey and witness. In the same way, God has told us to obey the godly laws of our nation, so we should obey and vote-since our nation makes that the way our rulers are chosen.

Here’s something Noah Webster had to say about that in 1832:

“When you become entitled to exercise the right of voting for public officers, let it be impressed on your mind that God commands you to choose for rulers, just men who will rule in the fear of God. The preservation of a republican government depends on the faithful discharge of this duty; if the citizens neglect their duty and place unprincipled men in office, the government will soon be corrupted; laws will be made not for the public good so much as for the selfish or local purposes. Corrupt or incompetent men will be appointed to execute the Laws; the public revenues will be squandered on unworthy men; and the rights of the citizens will be violated or disregarded.

If a republican government fails to secure public prosperity and happiness, it must be because the citizens neglect the divine commands, and elect bad men to make and administer the Laws.”

Christianity is not a spectator sport, though many treat it that way. It’s supposed to be something joyful and active. Just as it’s no fun to be a football player and practice all week and then sit on the bench on Friday night, there’s no joy in just praying and never doing anything about what you’re praying about. Nope. You want to get in the game!

We Christians need to get out of the stands and step onto the playing field and see what happens. You can say all you want from the stands at a football game, but it won’t stop one runner or score one touchdown. The players get that done. Be a player for the Lord Jesus Christ, and be as involved in seeing His will done “on earth as it is in Heaven” as you possibly can.

But rest assured that God will be setting a president over America by His choosing. I wonder if we will get what we deserve, or if He will show us grace and mercy in this election?

The following is a witnessing story from one of my friends. It is one of the most powerful stories that I have heard in a long time:

My friend Brandon and I were walking home from a coffee shop at 10 am when we passed a girl and said “Hi!” to her. Well, we had not even walked a few steps past her when I felt that I needed to turn around, so I did. I asked her if she was okay, and she said, “No! I just need to find Jesus Christ.”

Well, needless to say we were a bit taken aback by that answer! So we asked her to walk to the park with us to talk. We sat down and listened to her story. Her name was Heidi, and she had been in jail, was taking drugs, and was struggling with homosexuality.

In all of this she had always believed in God, but that morning she felt like she was going to meet Jesus. So she had been walking up to random homes, churches, and people asking how to find Jesus! We shared from the Bible with her and…..she gave her life over to Christ right there in the park!

Can I just say that the angels were throwing a party along with Brandon and me! She then came to my home and flushed her drugs down the toilet, smashed her pipe, and spent the next 24 hours with us as we talked with her, and listened to her, and ministered to her. It was INCREDIBLE!!!

Our God is so faithful! He is so good to us! Let’s be good to Him. Let’s be obedient when He calls. Let’s also be listening to that “still, small voice” and follow His lead. He will always lead you in the right direction. Don’t miss those divine appointments that He has for you.

We have heard of so many folks that have been praying for this ministry. Thank you so much, because it is so much needed. If you could, be praying for the reprint of the first book, a couple of DVD projects that we are working on, as well as the first book being put on CD so people can listen to it. Most of the projects are moving, and we want to see them come into completion in a short time frame-while Jesus is still tarrying.

Keep serving the King of the Universe with all that you’ve got!