We Care Where You Spend Eternity

We have some friends of the ministry here in Atlanta who like to witness to celebrities. Now donâ€™t get me wrong, they witness to everyone! They always have stories to tell about getting into conversations and handing out materials to regular people, whatever the word regular might mean. Recently, they had the chance to witness and give literature to the likes of Billy Crystal, Jerry Seinfeld, Chris Rock, Big Boi of Outkast fame, plenty of the Atlanta Falcons, and many others.

Now, you may recognize the man in this picture. It is Dave Chappelle, the Saturday Night Live alum who is on a stand-up comedy tour right now. 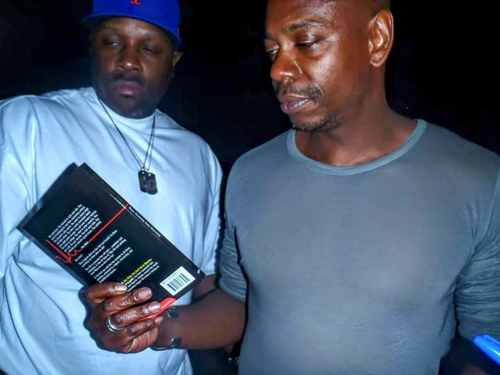 So as these friends, David and Lara, wait for celebrities, before or after the shows, they have great opportunities to talk with autograph hounds and security officers. After midnight one night, Mr. Chappelle was walking to his limo when David yelled out to him.Â  Dave heard him and walked over to talk with him and Lara! 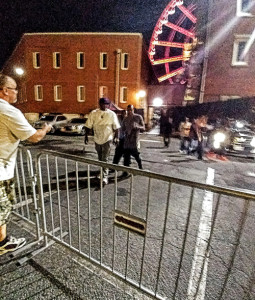 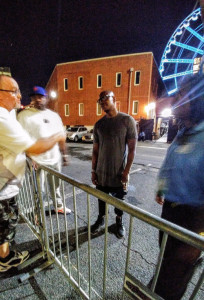 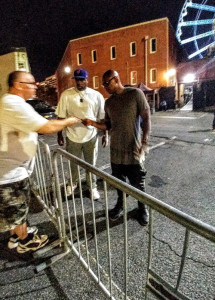 David said to Dave, â€œI watched your clip about you being in the room with your dad when he died.Â  Your story really touched my heart.â€Â Then David gave Dave a One Second After You Die booklet and said, â€œGod loves you so much that Jesus died on the cross for your sins. The Bible also says, â€˜What does it profit a man if he gains the whole world . . .â€™â€ and then Dave finished the verse by saying, â€œand loses his own soulâ€! As David said this, the security guard tried to whisk Dave Chappelle away, but Dave didnâ€™t feel rushed at all.Â In fact, he was kind, genuine, and friendly with these evangelists. David and Lara had written in the booklet beforehand: â€œWe care about where you spend eternity, and we are praying for you.â€ A huge smile broke out on Dave Chappelleâ€™s face as he took the booklet from David. 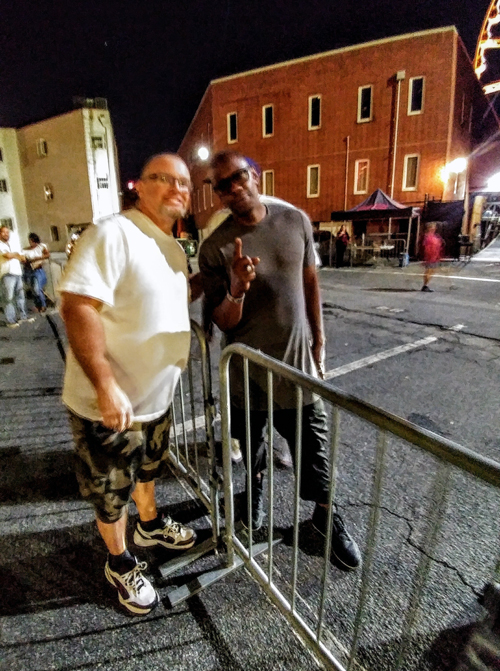 Four nights later when they went back to another one of Dave Chappelleâ€™s events, this is what happened: Dave saw David and Lara standing at the front of the crowds after his show, and he walked directly in Davidâ€™s direction. He remembered David from earlier in the week. Dave locked hands with David, pulled him close, and said, â€œMan, thanks for caring for my soul.â€ Then David verbally shared the gospel with him again. David boldly said, â€œDave we can never be good enough for Heaven because we have broken Godâ€™s Law. The wages of sin is death, but the gift of God is eternal life through Jesus Christ. Jesus said, â€˜I am the way, the truth, and the life, and no one comes to the Father but through me.â€™â€ David also told him, â€œJesus is the only One to have lived a perfect life and is the only One who can pay for your sins because He had no sin Himself.â€™â€ Then David gave him a New Testament and Lara gave him a One Heartbeat Away book. But this time, Dave Chappelleâ€™s personal security guards werenâ€™t pulling Dave away from these evangelists; they started checking out the books instead. These security guards were given booklets and tracts, too.Â  Maybe they had all been talking about the materials from earlier in the week.Â And maybe they will be talking about all that had happened on this night as well. 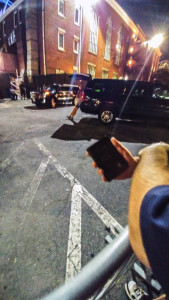 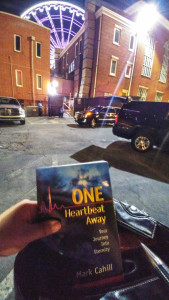 In the background of these pictures, you can see the venue where Dave Chappelle was performing. It is called The Tabernacle. Interestingly, it was once a church. In fact, Billy Sunday, the famous evangelist, spoke at The Tabernacle in 1917. If you only knew how many churches have become mosques in Europe. And here in America, we have churches becoming concert venues.Â  Sad days.

So ask yourself if you care more about peopleâ€™s souls or about their autographs? Would you rather see their name in the Lambâ€™s Book of Life or on a piece of paper? Are you sick and tired of seeing more and more churches becoming mosques and entertainment houses? Your choice. Keep having a blessed and bold summer for the Lord as you plant many seeds with the lost!!