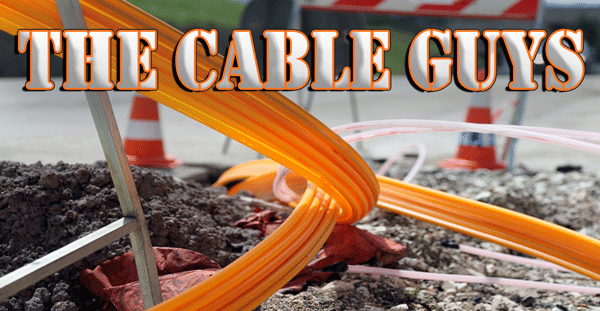 Sometimes, we go out into our towns toÂ seek the lost, but other times, they come right to our neighborhoods. One friend had that happen a few weeks ago when the cable guys came to her cul-de-sac.

I wanted to tell you what happened in my neighborhood last week. The cable company sent a crew out to install new cable for the houses at the end of our cul-de-sac. It was busy on the street that day, since my family was returning from a trip with trailers of their own. One guy on the crew was operating a machine to lay cable underground. Another guy monitored the progress. And still others were hand-digging along the park strip. It was a big operation. Â

As I was parking my car down the street because of all the activity, I grabbed a bunch of booklets and tracts to give to the crew. First, I witnessed to the machine operator who was all ears. He thinks about God and eternity a lot and was excited when he thumbed through the booklet. The other operator wasnâ€™t interested and refused materials. Then I walked over to one of the men who were shoveling. He spoke broken English and appeared to be the foreman. He stopped digging for a moment to talk. He was very interested, so I offered him a book. When I came back from my car with a Spanish One Heartbeat Away, his face lit up. He said â€œthank youâ€ and that he would definitely read it.Â Â

The next day, the crew was back again, and it was just as busy as the day before. Returning from a quick errand, I started counting heads to see who in the crew I might have missed. There was one new guy, so I parked and walked over to him. When I did, the foreman came right over and said, â€œHe needs a book in Spanish, too.â€Â  I said, â€œOh, did you talk to him about the book? Did you start reading it?â€ He said he had, but kept saying that “this guy needs a book, too.â€ I realized the new guy didnâ€™t speak any English, so I walked back to my car to get another Spanish Heartbeat book for him.Â Â

So the whole crew got tracts and booklets, except for the one who refused. Pretty neat that the foreman actually asked for a Spanish book on behalf of his co-worker. I didnâ€™t have a chance to chat much because they were focused on their work, and it was loud, but they have the truth to read when they have some down time. It felt really good being able to reach those guys, especially the ones who had trouble reading English. I walked away feeling so grateful that you have books in Spanish.Â  Thanks!!

Regardless of our nationality, we have all been foreigners to the things of the Lord at some point in our lives. But because of faith in the gospel and the blood of Christ, we have been brought near.

And that he might reconcile both unto God in one body by the cross, having slain the enmity thereby:

And came and preached peace to you which were afar off, and to them that were nigh.

For through him we both have access by one Spirit unto the Father.

Now therefore ye are no more strangers and foreigners, but fellowcitizens with the saints, and of the household of God;

Every day is an adventure when youâ€™re serving the Lord! There are lots of Spanish-speaking people among us who need to hear the gospel.Â Many day laborers out there looking for work and looking for truth. We just need to roll up our sleeves and get busy working to reach them.

P.S. Pete emailed us with the following picture and report: 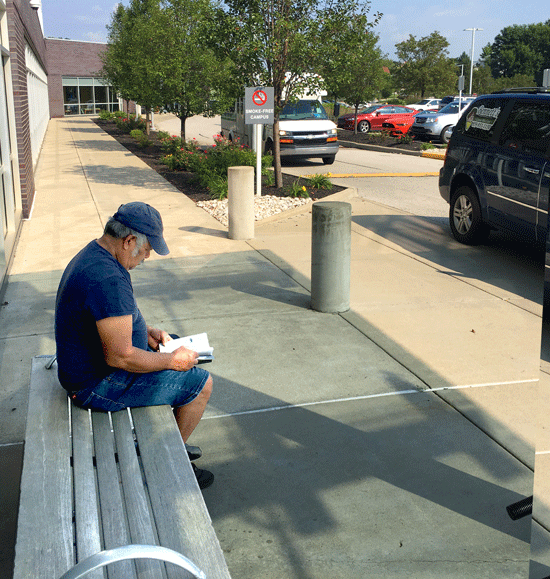 â€œWhile waiting outside a hospital this morning, I met this gentleman. He speaks Spanish, and I donâ€™t. But he is really enjoying a Spanish One Heartbeat Away. Have a blessed day there.â€

To help you to reach those in your community who speak Spanish, we are offering One Thing You Canâ€™t Do in Heaven (Spanish) and One Heartbeat Away (Spanish) at a reduced suggested donation amount. Cases are now $200, bundles are now $80, and single books are at $5. You can find these items on our Specials page by clicking on the link below. 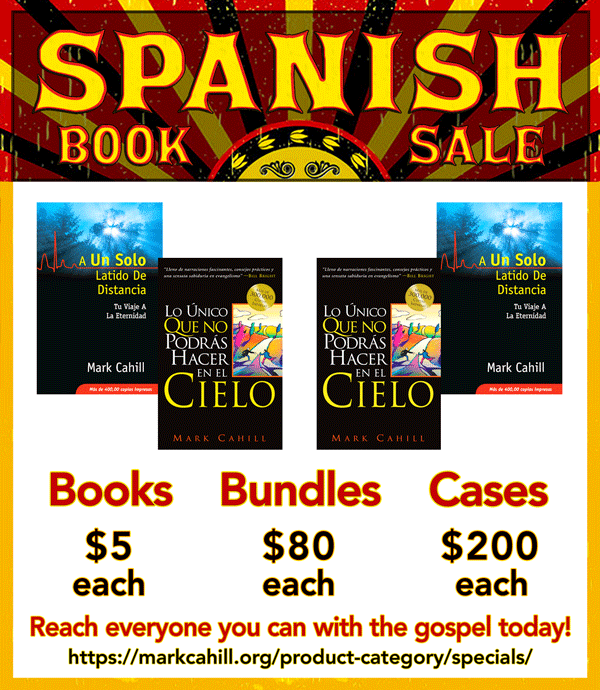