Some friends of the ministry had the opportunity to witness to Clint Eastwood the other day! He has been here in Atlanta working on a film shoot recently, and they caught him as he was switching locations between scenes. 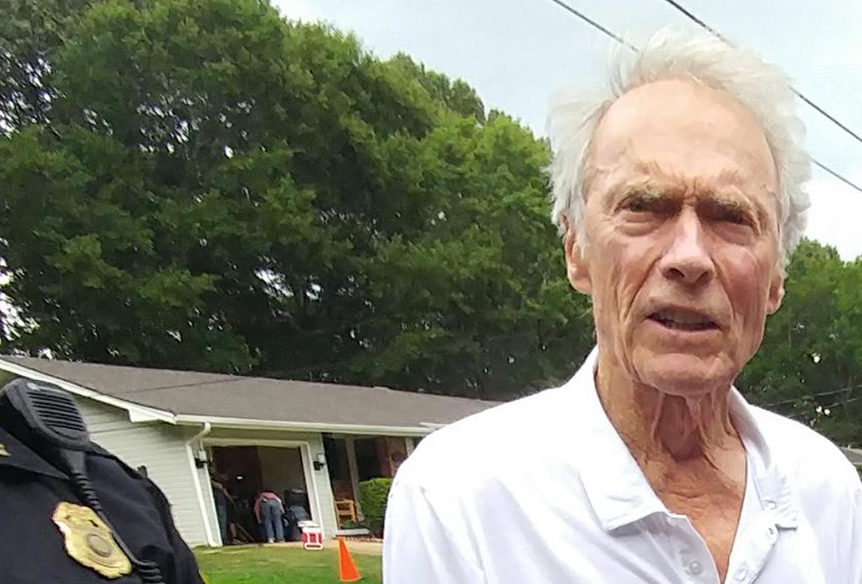 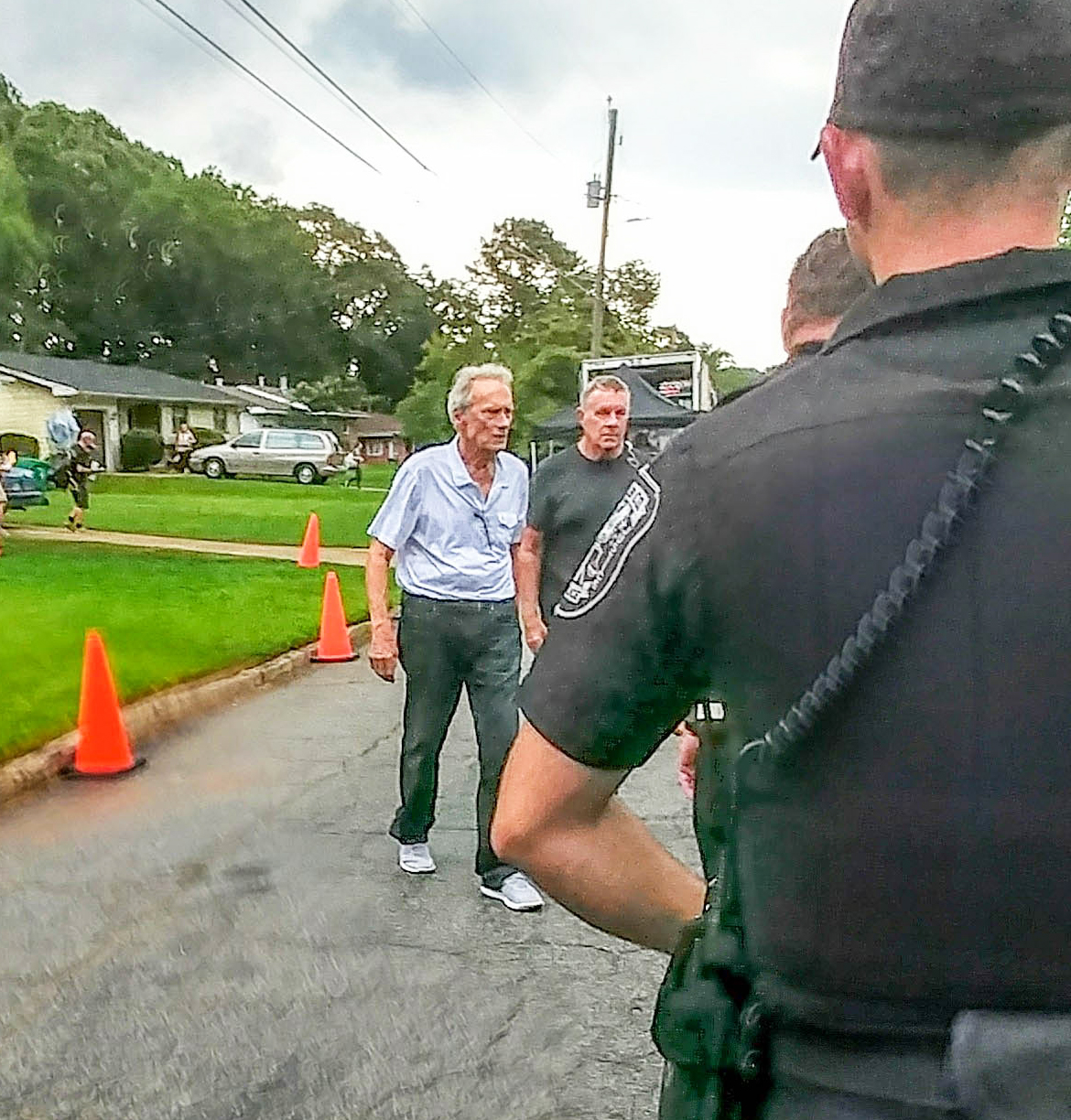 Normally, Clint Eastwood does not like to give autographs. You’ll notice the autograph seeker several pictures below with an open notebook. Yet, Clint Eastwood was very open and friendly with David, who held out a One Heartbeat Away book as he approached and said, “Mr. Eastwood, I have a gift for you.” This is good reminder that we don’t want to take from celebrities: we want to give to them â€”Â a conversation, a book, a tract, or some materials, etc.

David and Lara said that Clint Eastwood noticed David holding out the book, stopped, stared at the cover, and seemed very open to a gospel presentation. He was genuinely thankful to receive it. As David began to explain the book, Clint tried to stop him by saying, “Don’t spoil it for me because I plan to read this!” Â Then he promised that he would definitely read it. 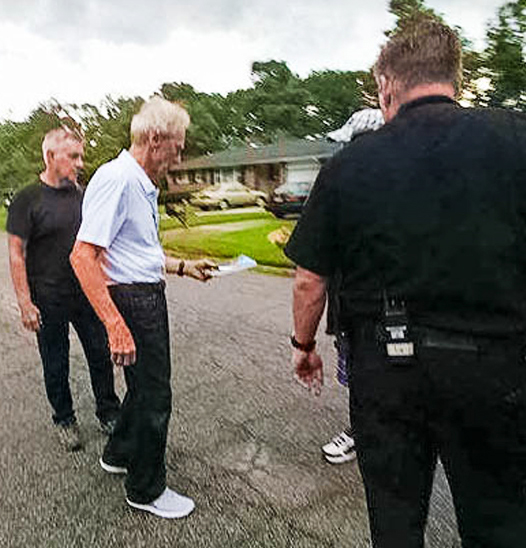 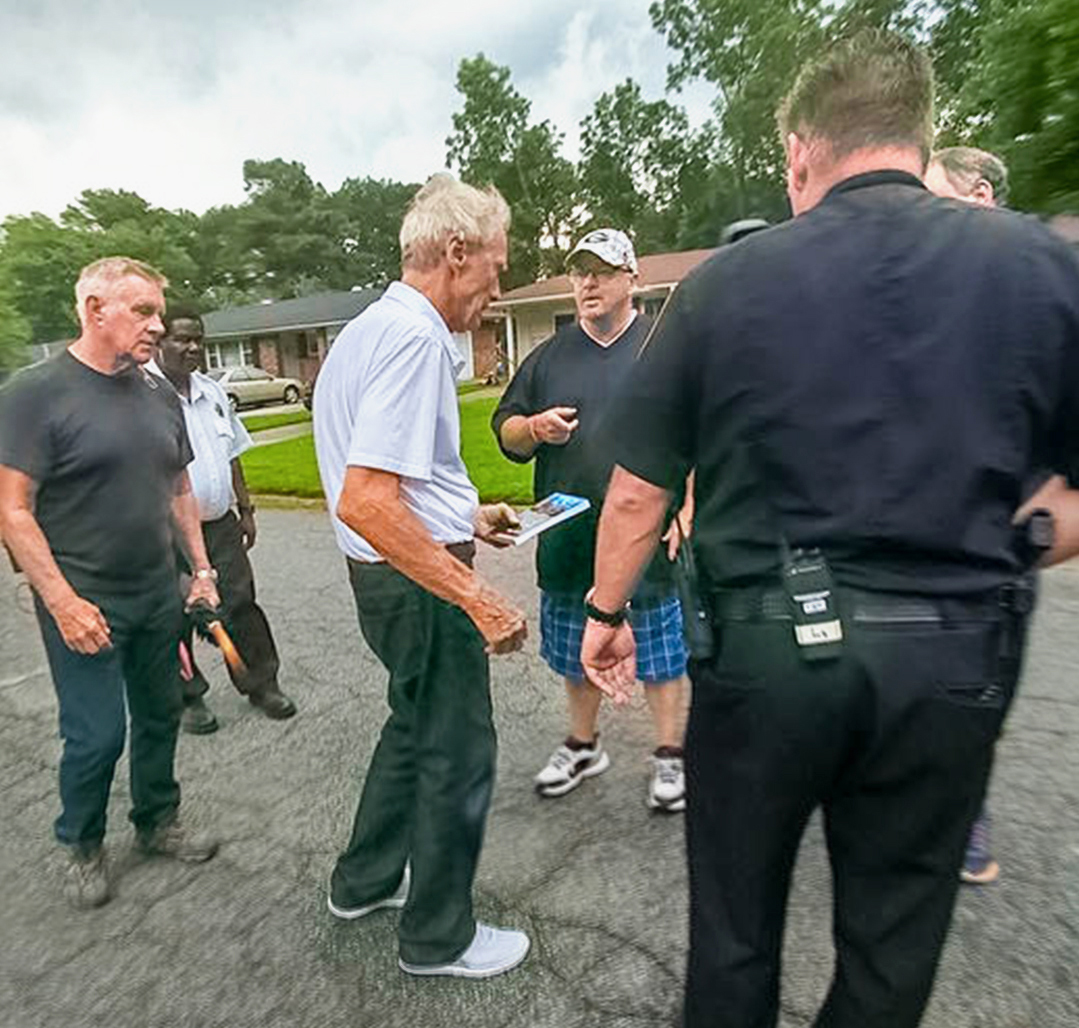 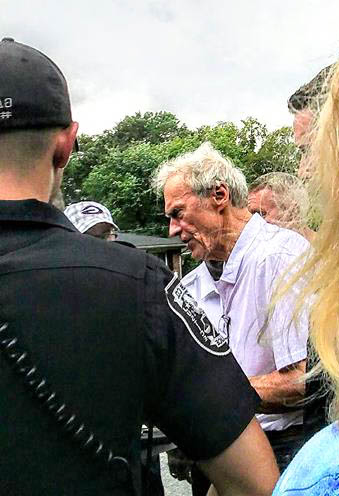 Just to let you know how thankful he was, he grasped Davidâ€™s hand at the end and said, “Thank you.” Â That is why we always speak the truth and speak the truth in love. People never forget when you share with them in a loving, caring, and respectful way. Â And Clint was even willing to pose for a picture with David! 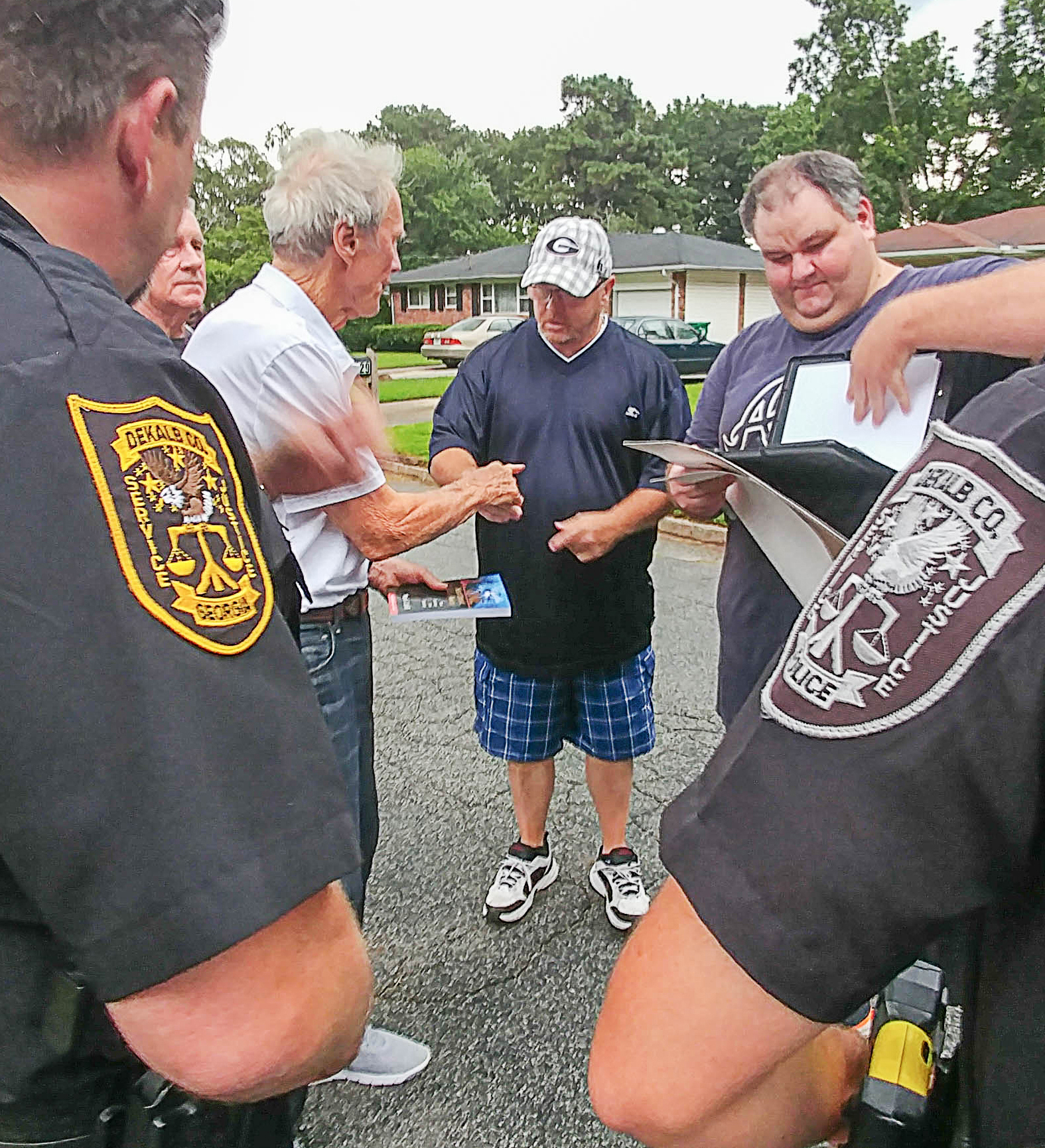 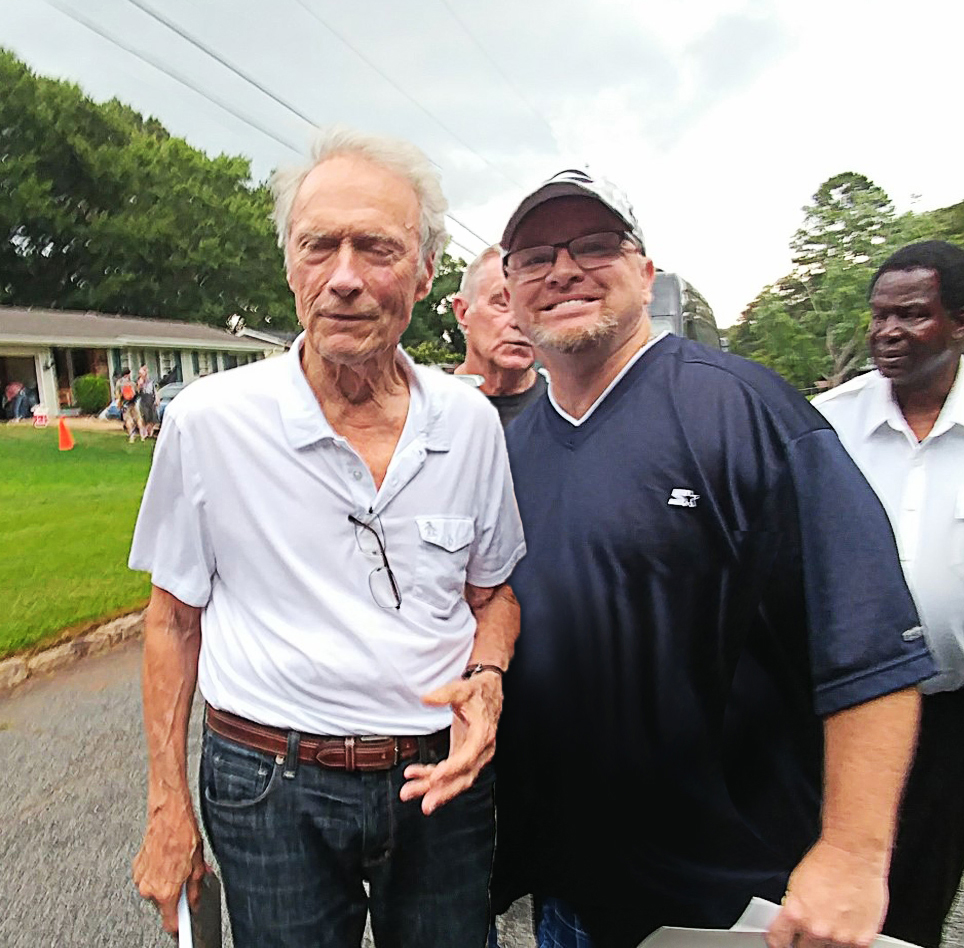 As Clint Eastwood walked to the next location for filming, he thanked David for the book a second time! Â Then it began to rain hard, and David and Lara headed for the car! 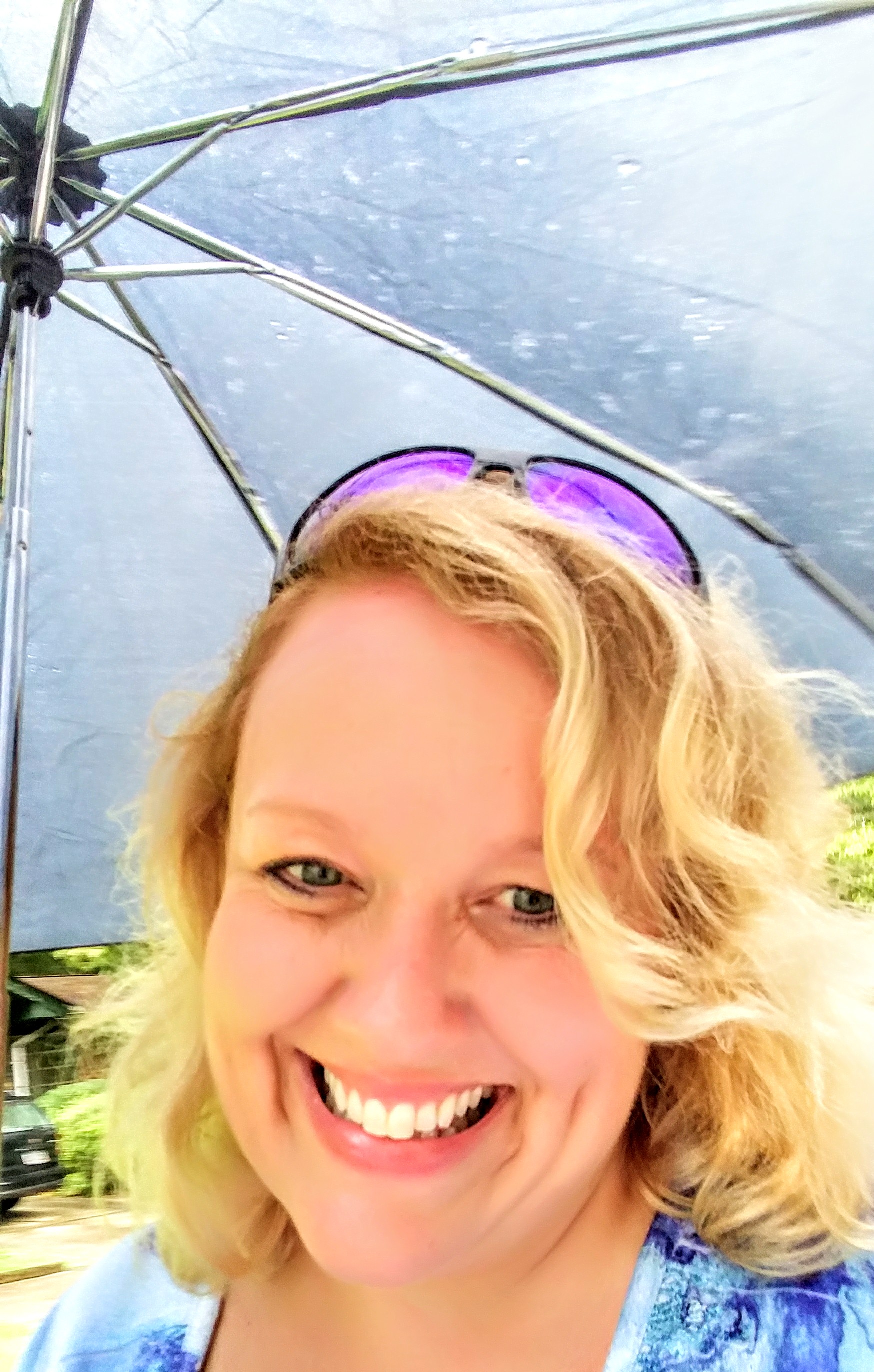 Every person is important to the Lord, and He wants all souls to be saved. For all of you out there who are also reaching the lost, great job! Thank you for planting so many seeds, and keep up the good work!!