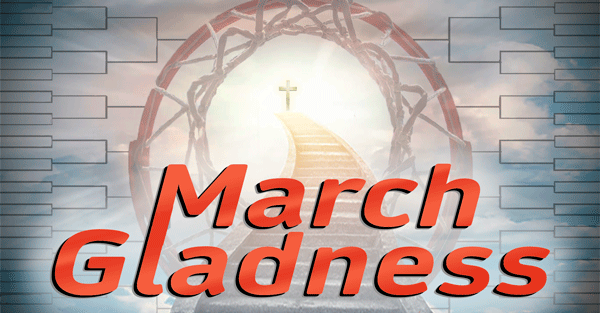 Many of you know that I callÂ March Madness,Â â€œMarch Sadness.â€ It is just sad to me how many Christians will spend more time in a three-week period watching basketball than they will reading their Bibles, praying, or reaching the lost. It just doesnâ€™t make sense to me. During my senior year playing on the basketball team at Auburn University, our team even competed in that tournament. But it has been amazing to see how the importance of that event has faded back in the distance the closer I get to the Lord and as life passes by.

Speaking of basketball, we received this powerful and moving email from Josh last week. We think you will be impacted by what he had to say:

I wanted to share something with you. Our son, Christopher (I know youâ€™ll remember him), has been killing it in basketball. He is almost 6â€™4,â€ and the future has been looking so bright. I have really been excited about the next two years of his high school career.

God had different plans. Tuesday, Christopher died in an automobile accident. As he left with a huge smile and a joke, I told him to be careful. A few minutes later, I got a phone call that will forever change my life.

When I arrived at the scene, I was stopped immediately and instructed to stay put. They told me the most difficult thing I have ever heard: â€œHe didnâ€™t make it. Iâ€™m so sorry!â€

They embraced me and held me up. I gathered my emotions as best as I could. I immediately ran. If you remember, Iâ€™m a little hefty, and I DO NOT RUN, but I ran a long distance, so I could stop my wife from walking to the truck. My wife, my daughters, and I were in total disbelief.

Days and nights have been difficult. Today is Saturday. The funeral is over. Phone calls and visits are still coming, but theyâ€™ve slowed down. Our church and community have been amazing through this horrible pain.

In the beginning, my initial question was:Â â€œGod, why did You take my son?â€Â Since then, two souls have been saved. I had NO idea how many people my son had reached already in his life. He hadÂ been witnessing and living a life that beautifully showed that he trusted Christ.

I will brag a little on myself and my wife because we have tried to teach him the way of the Cross. I also will brag on you, because you and your books touched my entire family and showed us the importance of sharing the Gospel. I will really brag on my God for revealing Himself to our son.

My son had been playing on a very talented AAU team, but we elected for him not to play this year, because they had decided to play full-weekend tournaments, including Sundays. His coach just texted me, and God has revealed to him that he was wrong. They will NOT be playing anymore Sundays, and he will be doing devotions at every practice.

Our community is having revival. My question of â€œWhy my son?â€ is no longer a question. It has changed to a proud dad who is saying,Â â€œThank You for choosing MY SON to reach an entire community.â€

I just wanted to share this with you. Maybe you will have an opportunity to share it with someone else that may go through this in the future.

I love you, my brother!

If Josh could talk to Christopher right now, I think Christopher would say something like:Â â€œDad, Jesus is more real than I ever dreamed. Tell everyone you can about Him, and I will see you real soon!â€