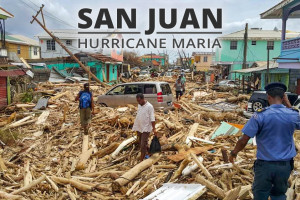 A friend of the ministry, Dave, went to Puerto Rico shortly after Hurricane Maria to share the gospel with the survivors.Â  The island was hit pretty hard. He sent this note while he was there and passed along the following fascinating story. Enjoy!

â€œThis is Michael. I met him as I was walking through San Juan. He asked me for some change to get something to eat. So I took him to eat dinner at one of only a handful of places that were open. Most places are closed, unless they have a generator to provide power. 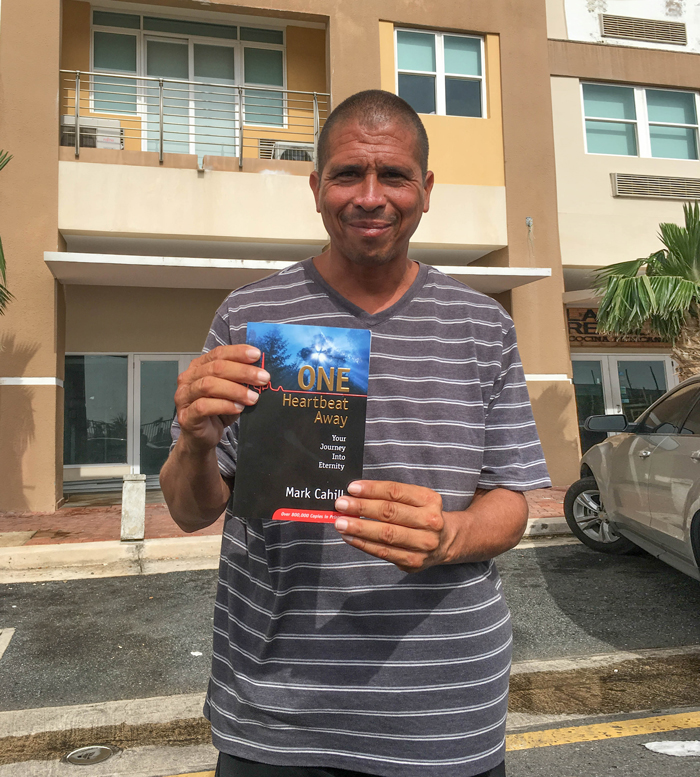 â€œI asked Michael how he became homeless. He said he came back to Puerto Rico from Florida before the hurricane arrived to take care of his mother, who was very sick. He was living in Florida and said:

â€˜I had a pretty good job, but when my mother became sick, I had to make a choice: keep my job or come take care of my mother. I arrived two weeks before the hurricane hit. My mother had kept from me how sick she was and how she was struggling to survive each day. My mom died 5 days before the hurricane hit. I was frantically trying to get her things in order and get off the island. I was stranded here on the island. I did everything I could to prepare for the hurricane. When it was only a few hours away from landfall, I surrounded myself inÂ the bathroom with mattresses to help provide protection from what may happen. When the storm hit the house, it was like an explosion, and the roof was taken away. Two of the exterior walls were also gone, and part of the house was on top of me. I was struggling to breath from the weight of the house on top of the mattresses. I could barely move, and water was pouring in all around me and caused the weight on top of me to increase. I thought I was going to die because I could not breathe or move the debris on top of me.â€™

â€œAs I listened to Michael share his story, I was in tears. He had lost everything. But what he shared next was incredible.

â€˜I was really laboring to breathe and felt like I was going to pass out. I prayed and asked the Lord to help. I said, â€œJesus save me! Help me!â€ The most amazing thing happened. A strong wind blew, and the stuff on top of me was blown off of me. I heard the wind blow really loud. I could feel feel the weight come off, but I still could not move. I was breathing better but was not able to get free. After about an hour, I heard some men talking. I yelled for them to help me. They came and moved the debris from on top of me.â€™

â€œMichael and I talked about salvation and how the Lord obviously has a plan for his life. Michael knew the Lord as his Savior. The next day, Michael and I handed out books and tracts in San Juan. I gave him some money and prayed with him before I left. I was able to point him to a local church.

â€œWhere is the Lord in the midst of tragedy? Michael said the Lord was with him through it all. No matter what storm you are facing, remember the Lord is in your midst, and He is faithful.â€

TheÂ LordÂ make his face shine upon thee, and be gracious unto thee:

TheÂ LordÂ lift up his countenance upon thee, and give thee peace.