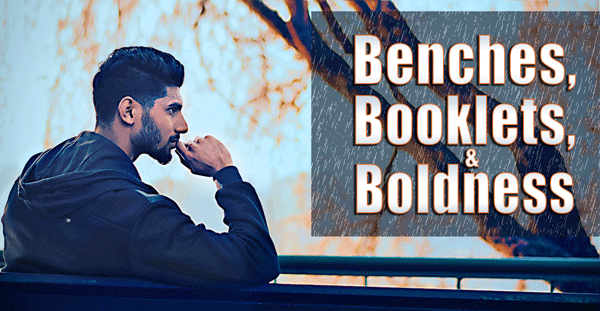 And Philip ran thither to him, and heard him read the prophet Esaias,
and said, Understandest thou what thou readest?
Acts 8:30

I work at a shoe store in the Sugarloaf Mills Mall. Depending on what time I get off, I will sometimes go to Bunten Roads Park nearby to exercise before I head home. As God would have it, I arrived there one day a few weeks ago to find a Pakistani man named David, who was in his early 30s, reading The Second Greatest Lie Ever Told. Never before had I met anyone who had already received material from Mark Cahill Ministries. God prompted me to go and ask him how he liked the booklet.

As it turned out, David was a very confused individual. He was willing to adhere to any religion, preferring to follow whatever teachings impressed him and allowed him to keep an open mind toward everyone. The outbreak of Coronavirus and the surge of conflicting information about it in the news made him question the validity of anything the experts have to say. This feeling was compounded the day after riots broke out in Atlanta, because even though Covid numbers were still climbing, the news had no time to discuss the virus. David doesn’t know what to believe anymore, which is why I found him contemplating The Second Greatest Lie Ever Told.

I talked with David for a few hours over a meal. I found out more about him and discussed the truth of God’s Word with him. He is particularly curious about how God spoke to Job and His authority over all of creation. He told me it would be good if there were such a powerful God. Please pray for Davidâ€™s eyes to be opened, so that he might see the God of the universe.

Timothy has a real heart for the lost. Not surprisingly, so do his parents. What he forgot to write, was that he missed his workout that day! Davidâ€™s soul was more important to Tim than in being in great shape. Please pray for Davidâ€™s salvation, and please pray that Timothy will stay as bold and caring all the days of his life!

P.S. Well, my mom just got out of the hospital. So I had to ask her a question. No. I didnâ€™t ask her how she was doing! Sheâ€™s a tough cookie. I knew she would be fine. I asked her, â€œHow many doctors at the hospital were wearing masks?â€ My mother told me that about one-third of the doctors were wearing a mask. So I asked her again for clarification, â€œDo you mean, Mom, that two-thirds of the doctors who came into your room were not wearing a mask?â€ She answered in the affirmative. But wait! I thought . . . they have been telling us . . . that we are going to die if . . .Â  Oh well. Maybe there is something else going on that we havenâ€™t been informed about yet. What a country! Use your logic and keep walking by faith! Itâ€™s the only way to live this life. 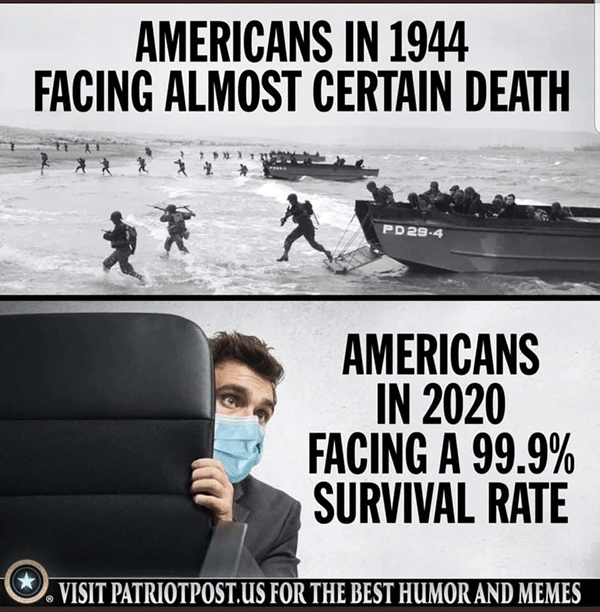 Â Back to Testimony Time