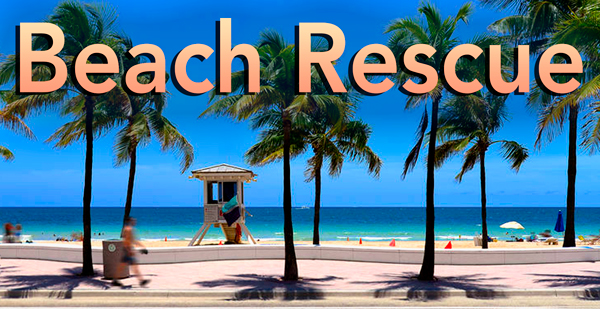 We need toÂ see everything we do as an opportunity to plant seeds for the Lord. Look at what Roger did in just a small portion of his day:

My â€œbeachâ€ evangelism started on the way to the beach. I shared a little from my Gideon Bible with Freddy, a hotel worker from Haiti, I believe. He said, â€œThank you very much!!â€

Then I was off to run along the beach. I approached the first lifeguard, Jacob, who was looking out over the ocean to see if anyone was in trouble. I thanked him for his work there and asked if he knew about the sign up the beach a bit further that talked about a rescue from more than a hundred years ago. The ship had been shipwrecked in a storm at that location. All were saved except one. One of the rescuers from nearby drowned while saving others. I asked him what story that reminded him of. He wasnâ€™t sure, so I said, â€œJesus did that for us! He died in the rescue!! He was the greatest lifeguard/rescuer ever!!â€ He liked that and promised to read the Freedom tract I left with him. He said he would be thinking about getting more of them to hand out.

I kept running and saw a young man just sitting and thinking. I said, â€œHereâ€™s something very interesting to think about. Itâ€™s a Freedom tract!â€ 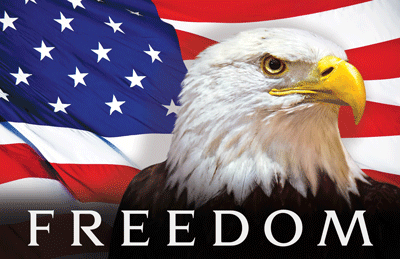 Pretty soon, I saw another life guard, Don. I thanked him for his work and asked the same question about who was the greatest lifeguard ever. He didn’t know either, but he started to tell me what the characteristics of a great lifeguard would be. I asked, â€œWho do you think had all those characteristics? Jesus!â€Â  I said, â€œYou can be a lifeguard in the water and on land by sharing the gospel message and saving people from going to hell every day. Order 500 of these tracts!!â€ He sounded very enthusiastic about being able to do that! I asked if he had a Bible, and he said, â€œNo.â€ I said I would bring him one the next time I came by!

I kept running and offered a tract to what looked like a Hindu man. He said, â€œNo, thank you,â€ and I said, â€œOkay,â€ and prayed: â€œPlease reach him, Lord!â€Â Â

I kept going and just before turning around, I met a surfer coming back to his car. â€œDid you enjoy Godâ€™s creation today?â€ I asked. â€œFor sure,â€ he said. â€œI have something important for you to read,â€ I said. â€œPut it on the window of my car there, please!!â€ â€œOkay!!â€ More freedom!

When I turned around to head back, I went way off track from the way I usually go and went past a woman. At first, I thought it was a woman but quickly realized it was a man dressed as a woman doing weird gyrations on the sidewalk. I said, â€œHere. You need this Freedom tract.â€Â  I prayed, â€œFill him/her with true freedom in Jesus!!â€

I kept going, and soon I saw in back of a business a policeman sitting in his car. I went up to him and thanked him for his service and said, â€œI used to run from the police when I was doing bad things, but Jesus changed my heart, and now I am thankful for the police and ask God to protect them. I asked if I could pray for him, and he said, â€œYes.â€ He told me his name was Daniel, just like in the Bible, and was a believer in Jesus. So, I prayed for his protection from any criminals he might come in contact with and that God would shut the mouths of offensive criminals and that they would kneel and repent if he ever had to intervene in one of those difficult circumstances. He was so glad to get the Freedom tract, and I encouraged him to order many more. He smiled and gave me a big fist bump!!!Â

“Thank you, Jesus.” It was just another day at the beach with the Holy Spirit leading the way!!Â

Goodness. I was getting tired just following Roger on his beach run! All I wanted to do was say: â€œRun, Roger, run!â€ His run was really, really encouraging to me.

So, you just need to have enough Freedom tracts or any of our other tracts as you make the most of these opportunities. Letâ€™s knock the suggested donation down by 25% to make them $6 a pack. Spring is here. People are starting to be out and about. Their hands are empty. Look at them. They need a tract placed in them! It is our job to do put them there. Go for it, and donâ€™t look back! 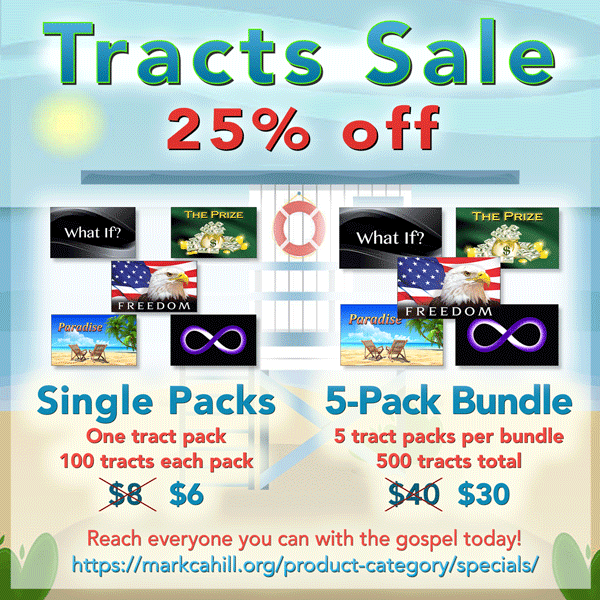