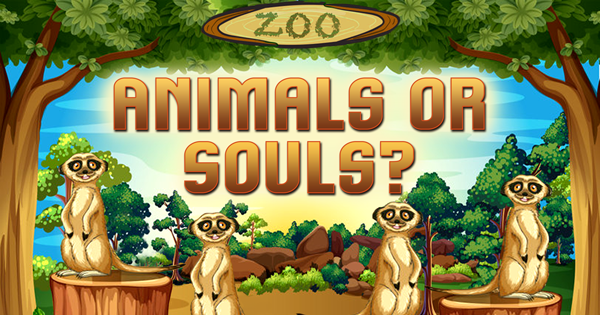 It has been a while since I’ve been to a zoo. A long time, matter of fact. But it might be fun to visit one again, now that I realize so much more about these beautiful creatures that God has made! I didn’t know anything about Him as Creator when I went as an unbeliever.

Logan decided to take his kids to the zoo. Uh, oh. Mission trip right in front of him!! Here are some of the encounters he had that day:

I took the kids to the zoo today, and the Lord kept me busy!

Met a young man named Tao at the gas station. I asked him what he thought happened after this life, and he said, “It’s funny you should ask me that question. I’ve been thinking a lot about that since I just lost both of my parents.” He couldn’t have been more than 19 years old. He didn’t know what happened after this life or how to get to Heaven. I left him with a copy of One Heartbeat Away after I shared the gospel with him and told him to never forget this conversation. He was searching for truth, and now he has it.

At the zoo, I noticed a young man who had two crosses for earrings. I asked him his name and why he wore those crosses. His name was Luis, and he told me because he just liked them. I asked him if he understood the meaning of the cross, and he wasn’t sure. I let him know the cross was where Jesus Christ purchased his salvation with His blood and died for his sins and mine. I asked him what he thought happened after this life, and he wasn’t sure. I told him we are eternal beings, and we will live forever, that there is a Heaven and a Hell, and that the only deciding factor for which place we go to is if we have repented of our sin and trusted in Jesus alone and His finished work on the cross. He was paying close attention. Unfortunately, I didn’t have any material to leave with him, but I got his number and address and told him I would be mailing him some things. Now Luis knows what the cross means!

We ended our day with a late lunch. It took a while for the waitress to come. Then Jada came and said she would be assisting us until our waitress came. She took our order, and we had a good meal. When we were leaving, I asked Jada what she believed was on the other side after this life. Her eyes widened, and all she said was, “OH!” I said, “OH! as in I don’t know, or OH! as in oh, no!” She laughed and said she just felt like there were so many options. I asked her to explain what she meant because it was an interesting answer that I have never heard before. I explained to her that I ask a lot of people this question and hadn’t heard that reply before. Then I told her I wanted her to pay very close attention because this was the most important conversation she was going to have in her entire life. I had her full attention and explained that she was correct in that there are many religions but only one of them leads to God and salvation. I explained to her why biblical Christianity and the Bible stand alone. It’s because of the prophecies, specifically about the Messiah, that were all fulfilled through Jesus. Only God can predict the future, and He put those prophecies there for us to see and know the path to Him. Then I explained to her our sin and the need for the Savior. I blessed her, and gave her a copy of One Heartbeat Away. She was so thankful and happy. And she said to me that she’s so glad she came to my table because she wasn’t even supposed to be waiting on us. I assured her that she was absolutely supposed to be there, and so was I, because the Lord knew I was going to share Him with her.

Wow. What divine appointments. Please pray for those people that Logan planted seeds with.

Hey, fathers. Is it time to go to the zoo?

P.S. One dad wrote in to say that he’s teaching his kids at a young age to give tracts away to the delivery drivers who come to their house. 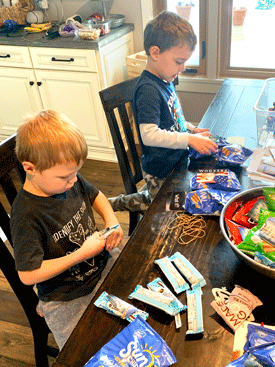 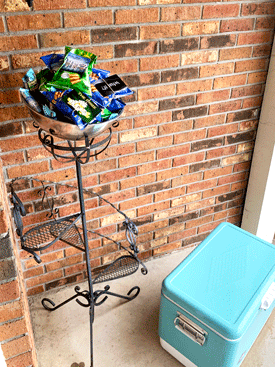 Hi Mark, I thought you might be able to spread this idea to your audience. We love finding ways to be part of the Great Commission as a family. For a few years now, we have decided to put out snacks and attach gospel tracts to them so that our delivery drivers can grab a drink and a bag of chips as they drop off packages at our home. It’s amazing the response we have from drivers! They go bonkers for the snacks and tracts, and it gives our kids hands-on experience with reaching out to the lost! What a precious gift we have to be a part of God’s soul-winning adventures! ―Tim E.

To pick up tracts for your family projects and family witnessing, just click on the link below! 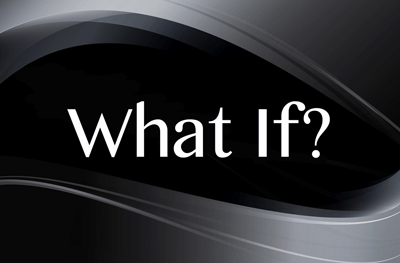 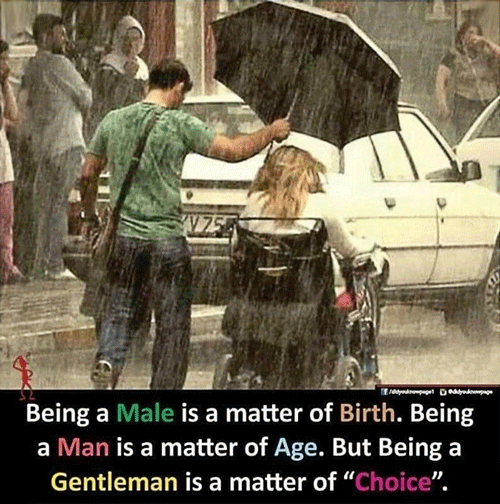