Stepping Up in Tennessee

Â  Â  Â  I recently went to Tennessee for the world premiere of Dr. Jobe Martinâ€™s new DVD, Amazing Animals of Alaska. Dr. Martin is a good friend of mine, and I am always giving away his DVDs to both the lost and the saved. This new DVD is an excellent one to give out to people. You can find it at Biblical Discipleship Ministries at this link:Â http://biblicaldiscipleship.org 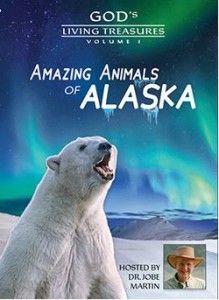 Â  Â  Â  While in Tennessee, I took a Christian college professor and his friend out for a semi-quick meal before he had to get back on stage for some filming they were doing. Last week, he wrote to tell me about some changes heâ€™s made since we last met up:

Tonight, I had a date night with my wife, and I was able to have a couple of good discussions while we were out. My waitress, Emily, said she was saved and had trusted Jesus as her Savior. She seemed uncomfortable about discussing it, though.Â I challenged her to share her faith, since people are dying every day. I gave her a booklet and a good tip.

I also had Emily give me another customerâ€™s bill. His name was James.Â He is an older gentleman who has been through A LOT! His wife died, one brother committed suicide, and another brother passed in an awful wreck. He said he is just confused and doesnâ€™t know what to do.Â I was able to encourage him and give him a booklet, and then I prayed with him. It was amazing to see him soften as soon as I told him that I covered his bill. Thanks for the encouragement to do that! I just need to trust that God will provide so I can continue doing this!

We then went to another place for ice cream.Â I had a good conversation with the young lady running the store. Her name was Ashley. Interestingly enough, both Ashley and Emily were seniors at the same high school. Maybe they are friends and will talk tomorrow at school about â€œthis guyâ€ that talked to them last night. Wouldnâ€™t that be like our God?! Ashley had a brother who committed suicide four years ago. I asked her if she was 100 percent sure she would go to Heaven when she dies. She said a few things and then said that she thought she would be okay.Â I had a good discussion with her about that. I left her a booklet and prayed with her as well. She said she really appreciated it.Â When we got in our car and drove by the store window, we saw her already reading the booklet! God is so good.

The hardest part was building the courage to start the conversation, but from then on, it was a lot easier. Letting them talk and share about their lives was a great way to try and find something that would transition to the spiritual. Please pray for all three of them!

I have been so complacent about sharing my faith. I have always used the excuse that I work at a place where everyone is a professing Christian, so I am never around anyone unsaved.Â But reading through your books again and spending time with you really showed me that I was not living my life how God wants me to.Â I was convicted about my lack of witnessing after spending time with you.Â I imagine that you and Paul would have been great friends! Thank you for being real and living out your faith.Â Thank you for rekindling the flame of soul-winning in my heart.

Jesus said He had to be about His Fatherâ€™s business. He had to finish the works His Father had given Him to do. We want to be doing the same:

Let your light so shine before men, that they may see your good works, and glorify your Father which is in heaven.

I must work the works of him that sent me, while it is day: the night cometh, when no man can work.

For I am not ashamed of the gospel of Christ: for it is the power of God unto salvation to every one that believeth; to the Jew first, and also to the Greek.

Â  Â  Â Every day is filled with opportunities to reach the lost: restaurants, ice cream parlors, sporting events, and even Christian colleges. The first step is arming yourself with the right attitude and steeling your resolve ahead of time. Be fearless in giving out the gospel. Reach the hurting and lost souls who are all around you.

P.S.Â  It is always great to spend time with good friends and make some new friends, but we never want to lose sight of making eternal friends along the way. 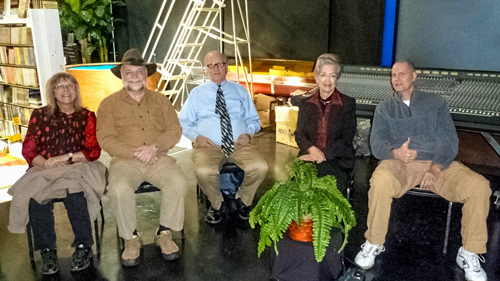 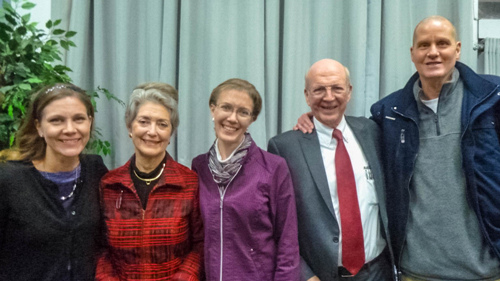