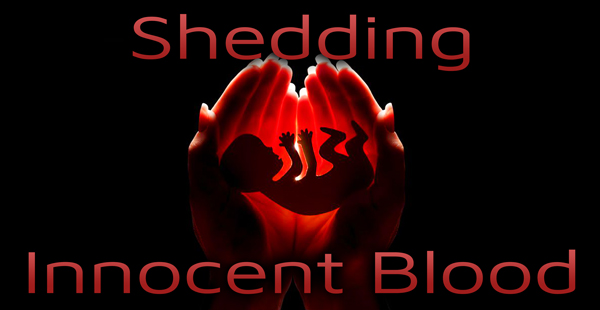 One way people justify abortion is to say the fetus has no soul. The debate rages over when a fetus becomes human, so that abortion canâ€™t be called murder. But if God callsÂ abortion murder, then it is.

For the life of the flesh is in the bloodâ€¦

The following is taken from Way of Life Literature who included the following by Millard Posthuma, M.D., tract #345 published by The Tract League in their article titled â€œInnocent Bloodâ€

It has often been said that until it can be determined when the soul joins the body of a new baby, abortion cannot be called murder.

This, however, is not the main concern of the Bible. The key phrase of Scripture is found in Genesis 9:4 where we read â€œthe life thereof, which is the blood thereof…â€ That phrase is the basis for many other passages that equate blood with life and that call the shedding of blood sin.

What relation does this verse have to the problem of abortion? Just this: that every fetus has its own blood, and the shedding of that blood is as surely the taking of life as it would be any other circumstance.

Before the fetus is three weeks old, it has a beating heart. Also, its primitive vessels and blood are in the process of developing continuously throughout the months of gestation. At no time is that blood the blood of the mother.

The term â€œinnocent bloodâ€ is used repeatedly in Scripture, and in each case it is clear that God attributes very great significance to that term. Note the following passages:

â€œ…do no violence to the stranger, the fatherless, nor the widow, neither shed innocent blood in this place.â€ Jeremiah 22:3

â€œThat innocent blood be not shed in thy land, which the Lord thy God giveth thee for an inheritance, and so blood be upon thee.â€ Deuteronomy 19:10

Except for the blood of Jesus, there can surely be no blood more innocent than that of those bodies being newly formed in the womb by the hand of God. The burden of guilt described in the above passages falls on anyone responsible for terminating the life of the unborn. How can anyone hold that the tiny body can be alive, but safe to slay because it may not yet have received its soul?

Surely God knew what He meant in Jeremiah 1:5 when He said, â€œBefore I formed thee in the belly I knew thee,â€ and the Holy Spirit, through David, makes it clear that â€œall my members were written …when as yet there was none of them.â€ (Psalm 139:16)

If Jeremiah or David had been conceived in our time in history, could his developing body have been aborted, and yet he would not be the victim of murder?

The Bible does not state when the soul and body are united. Even if one were to hold that, just possibly, the soul enters the body at some later time than conception, would he want to risk the wrath of God on such an unprovable matter, and teach men so?

Yes, some might do so, because there are many who do not believe the cardinal teachings of Scripture. But for those among us who still tremble at the Word of God, the thought that He said to Cain, â€œthe voice of thy brotherâ€™s blood crieth unto me from the groundâ€ (Genesis 4:10), brings with it the awesome burden of those voiceless millions in our land whose innocent blood is being shed year after year.

Must God visit His judgment upon us as a nation before we will recognize how grievous is this sin in His sight? The blood of countless millions cries to God, and it is on our hands.

Â Â Â Â  No matter how fiercely the enemies of God wage war against Him, He will always be the God of life. He gives life and preserves it. And His children want to do the same. Donâ€™t give the enemy any ground. Take your stand to protect the miracle of life, and the truth about life, given by the Author of Life.

P.S. Project Truth is a ministry that protects the rights of the unborn by raising awareness on college campuses, at abortion clinics, and even in foreign countries. Here is one lady they spoke to recently who decided to call the local Pregnancy Resource Center instead of seeking an abortion. They are glad they took a stand for life! 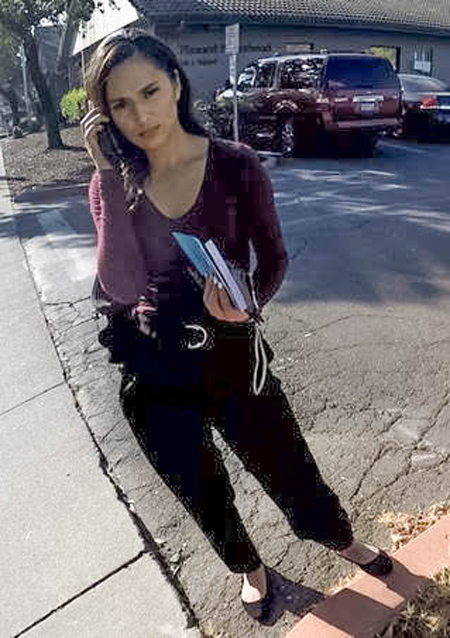 If you want to support their ministry, you can findÂ Project Truth at: