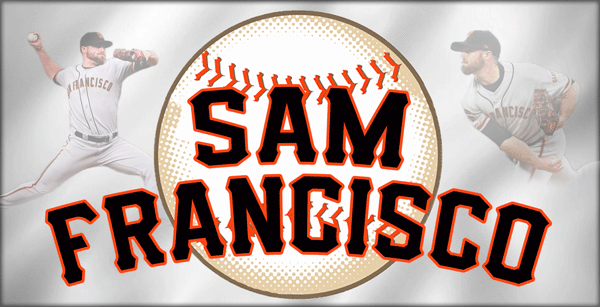 â€œThe wicked flee when no man pursueth: but the righteous are bold as a lion.â€

Sam Coonrod is a friend of the ministry. He emailed me back in 2015 after reading one of my books. He was moving up through the San Francisco Giants farm system. Well, he made it to the Big Leagues, and we had lunch together last year when the Giants played the Atlanta Braves.

He has read all of my books now, but one thing I knew almost instantly was that Sam wanted to play in the Bigger League. He wanted his life to count for the Lord. He didnâ€™tâ€•and doesnâ€™tâ€•want to be a wimp. He doesnâ€™t want to sit on the bench. He isnâ€™t afraid to get in the game for the souls of men. He always hits me up with deep questions. He likes to process things. He is a huge, huge reader. That is very evident from his emails and conversations.

Sam has been wrestling with a lot of the BLM things that are going on right now. We have exchanged some emails about it. He was looking for an opinion about what he should do. So I gave him some general advice, but I was really leading him to make his own decision. Sam is a man of conviction. Pretty hard to make him budge from what he knows to be right. When it came time for the National Anthem, he made his stand, which you can check out below.

The news story about Sam standing while all the other players on the field took a knee has literally blown up across the Internet. All kinds of people were praising him. Even Donald Trump Jr. mentioned it on his Facebook account. Isnâ€™t it interesting how standing for the National Anthem in the United States of America is now considered controversial? What a time to be alive.

One more thing Sam did very well was answer the queries of the media afterward.

He gave succinct, truthful responses to the press. When dealing with them, you learn that they love to chop up quotes. It is one way they can make you look bad. So, if your answer is short and to the point, they canâ€™t really misquote your statements. But, of course, we do want to explain our points and positions as well, which can pose a dilemma at times. 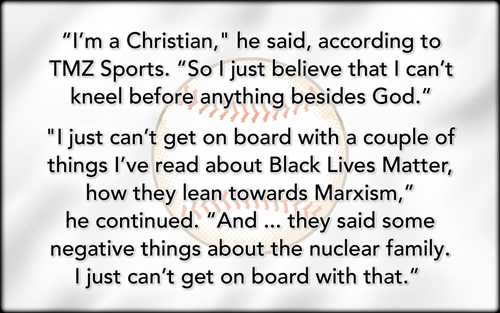 Now Sam is facing some headwinds. Plenty of people did not like his stand. He did not conform to the social justice peer pressure that was being exerted on him, and that has ticked a few people off. Pray for Samâ€™s boldness and backbone.

Drew Brees has now been put on notice. Sam has shown us what men of God do. They stand strong, no matter what kind of flak they get. Mr. Brees, what are you going to do when the National Anthem is played at the first NFL game this season?

Well, I am about 100 percent certain that I will never live in San Francisco during this lifetime, but living inÂ SamÂ Francisco may not be a bad thing. Having leaders like Sam would be a joy to live under!

P.S.Â Sam had to stay after the game to chat with the media. Afterward, he let me know about it. He said:

â€œBtw, I was late in going home because I had to speak with the media and got to witness to four different security guards on the way out of the stadium last night. It was a blessing.â€

Sam is the real deal.