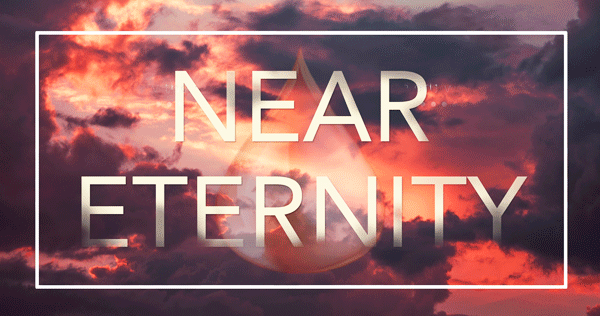 What are you doing with your days here for the Lord? Here is a neat story sent in by a friend of the ministry who is always looking for ministry opportunities:

Â  Â  Â I met Will Seaman in November of 2019. A lady in my Bible study class, Dede, asked us to pray for him. Every day before she goes to work, she prays and asks God to lead her to the people she can share her faith with. The timing with Will was amazing. Just one question changed his eternal destiny!

Â Â Â Â  Dede is a nurse who was assigned to Willâ€™s room, and when she went in to see him, she saw he was not well. As she ministered to him, she asked him ifâ€”when he got betterâ€” he would go to church with her? His reaction surprised her! He said, â€œYes. Yes. I will. And Iâ€™m glad you asked me!â€ What Dede did not know was that just minutes before she came into his room, the hospital chaplain had called for a priest to give him â€œlast rites.â€ They were sure he was dying. He was about to be admitted to hospice care. Will said later that,Â when Dede asked him to come to church, it was like a revelation that let him know he was not dying. It gave him hope and a reason to live!

Â Â Â Â  We all began to pray for him, and when he got out of the hospital, he did come to church! He told me later that,Â when he agreed to go to church, he said in his heart,Â â€œIâ€™ll go one time because I said I would.â€Â Dede texted me and asked if I would sit with them. She wanted him to meet her friends and see that Christians were happy and caring people! For several Sundays, we sat together, and I got to talk to Will, answer some of his questions, and just let him know that Jesus loved him.

Â Â Â Â Â That December, I got tickets for the group to see a Christian ballet company â€“ Ballet Magnificat â€“ and the performance was dynamite! Will asked if he could go along, and we said, â€œOf course!â€ At the end of the presentation, a young man who was part of the group gave his testimony.Â I could see that Will was touched.

Â Â Â Â Â One Sunday morning, I felt led to ask Will if he was ready to accept Christ. I offered to walk to the altar with him. He thanked me and said he still had questions. He asked me if I remembered when we were leaving church one Wednesday night after a prayer meeting. I did remember because he had stopped dead in his tracts, turned to me, and asked, â€œWhat did you say?â€ I was almost afraid to answer because the tone in his voice sounded threatening,Â but, as I looked more closely, I could see he was crying. He said, â€œNo one ever says that to me!â€ He asked how I could love him when I didnâ€™t even know him. I replied, â€œI love you because Jesus loves you, and I know He has the answers to all your questions.â€ He began telling me about his life and pouring out words like water, seemingly glad to get them out!

Â Â Â Â  When he was in his early teens, his dad and stepmotherâ€” both alcoholicsâ€”committed suicide. He found his stepmotherâ€™s body when no one was with him. Not many weeks later, his father did the same, but right in front of him! After the funeral services for his parents, he heard his stepmotherâ€™s sister and brother-in-law making plans to keep his half-sister and brothers,Â but send him to theÂ state authorities. He ran away to California that night. A man picked him up, and through the years, this man became his family. He said he held many different jobs and got into a lot of trouble with the law, but he was not convicted for any of it. He traveled throughout the states and lived without a thought of God. He was told he was Catholic, so it became his â€œcoverâ€ whenever people talked to him about the Lord. When he said, â€œIâ€™m Catholic,â€ they left him alone.

Â Â Â Â  When the pastor asked if anyone would like to talk to him about their relationship with Jesus at a Wednesday night service, Will went forward. After a long talk with the pastor, Will returned to his seat. Through tear-filled eyes, he said, â€œIâ€™m saved!â€

Â Â Â Â Â He works when he can to supplement the disability he qualifies for. I asked him to help me with yardwork and gave himÂ One Thing You Canâ€™t Do in HeavenÂ to help him with his newfound life. He took it but told me he wasnâ€™t much of a reader. I explained it was not ordinary reading and guaranteed he would finish it quickly! Boy, did he ever! He texted me that very evening and said, â€œWow! You are right! I have not put this book down!â€

Â Â Â Â Â After a couple of days, I asked if he would like another of Markâ€™s books. I said, â€œThis one is the best book Iâ€™ve ever read. In fact, Iâ€™ve said to Mark that all Iâ€™ve needed to help me share my faith is the Bible and this book!â€ So I gave himÂ One Heartbeat Away,Â and he has absolutely become a bazooka for the Lord!

Â Â Â Â Â He told me this story before he left working for me this week. He was asked to work on a construction project. Most of the men who work there are rough, do drugs, and their speech is filled with profanities. At first, he didnâ€™t want to work there anymore, but after readingÂ One Heartbeat Away,Â he said he wanted to tell them about Jesus since he now had some answers!

Â Â Â Â Â One of the men he told me about was Jewish. When Will asked him about his relationship with Jesus, the man replied that he was Jewish, he was one of the â€œchosen,â€ and he didnâ€™t have to worry about Heaven because he knew he was going there. Will replied, â€œWho told you that lie? How can you be chosen when you didnâ€™t make any choice!â€ All day he and this man worked together, and Will continued asking him questions to bring him to Jesus! He told him that Jesus would help him get clean, both outside and inside! He said Jesus would make his life meaningful and that he didnâ€™t have to stay high on crack to get through his day. Will continued to talk about Jesus. When they left at the end of the day, the man told Will that he would think about it. 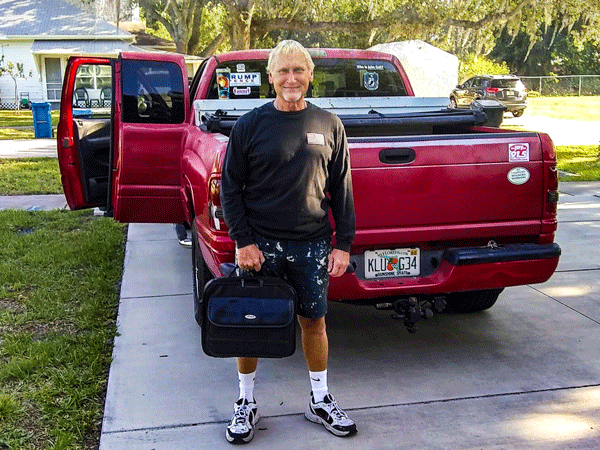 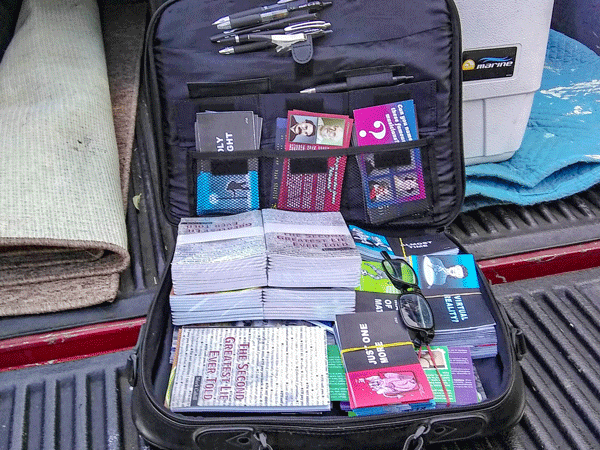 Â  Â  Â When Will told me this story, his voice broke. He said the boss called him before he came to my house and told him the man had died. He had taken too much crack, and his heart exploded! Will said, â€œI canâ€™t waste any more time! My brother and his wife are not believers, and they cannot believe the change in me. I told them that I KNOW where Iâ€™m going when I die, and I want them to be with me! With everyone I meet, I let them know that Jesus is real and not to miss Him!â€

Â Â Â Â Â Will is still being treated for bone cancer. He said that, at first, he was afraid of dying, but those fears have been taken away. Now, he is assured of where he is going, and he wants to take as many as he can with him! He said the best thing that has ever happened to him, next to his salvation and Godâ€™s Word, are â€œMarkâ€™s booksâ€! They help him to know how to express what he believes in his heart!

Â Â Â Â  Thanks again, Mark! I thank God for your obedience in writing these wonderful books!

Â Â Â Â  The lady investing in Will is 80 years old. She has done so much for the Lord in her life that it is truly amazing. But she is also all about finishing well. She is one of those people who will be telling someone about Jesus or handing out a tract as she takes her very last breath.

P.S.Â Â One friend of the ministry ran into her postal lady at the gas station but didnâ€™t recognize her. When she handed her some materials, the postal lady said, â€œHey, donâ€™t you live over on such and such street?â€ Nice chance to follow up! Karen even asked for more booklets to share with her friendÂ who lives across the country, so they could read the booklet together and talk about it! 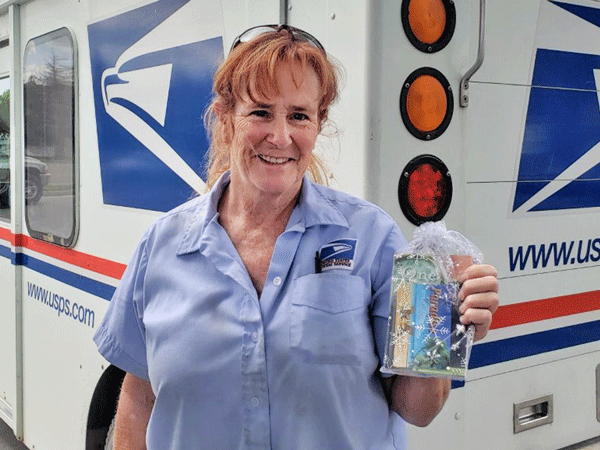 Summer is on our doorstep, and people are anxious to get outside! Many have been thinking during this shutdown about what the future holds for them, and you can be ready to give them answers. Our tracts are now at 25% off the suggested donation, which means a pack of 100 tracts is now $6 and a bundle of 500 tracts is now $30. Stock up now so you can hit the ground running and keep up the pace all summer long! 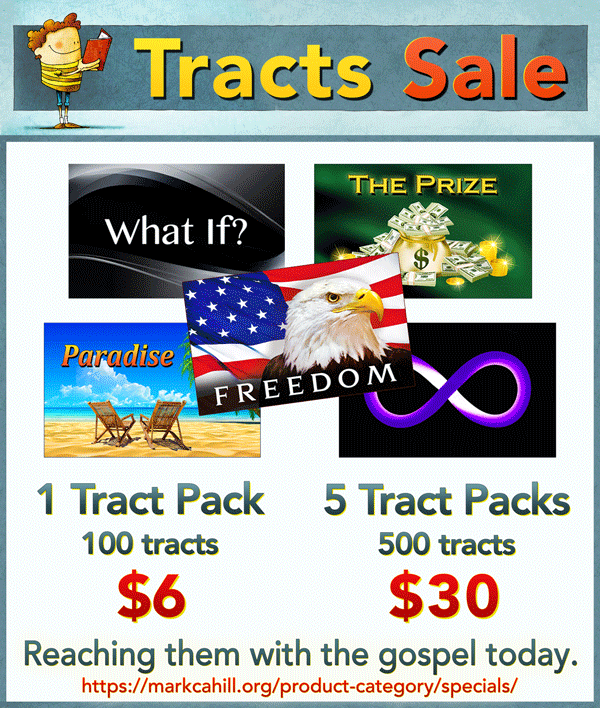