One Thing You Can’t Do in Heaven – Audiobook Disc

Comments or questions are welcome. 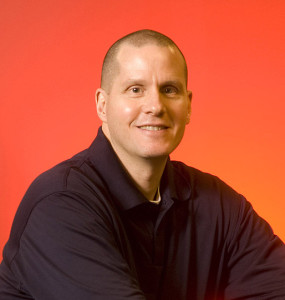 Mark Cahill’s passion is for the entire world to know Jesus Christ! He lives to spread the knowledge of God and the gospel far and wide. To that end, he shares the gospel with everyone he meets and even with those he hasn’t met through his best-selling books One Thing You Can’t Do in Heaven, One Heartbeat Away, The Watchmen, Paradise, Reunion, The Last Ride, and his most recently released book, Ten Questions from the King, which have over 1.4 million in print and been translated into over 15 languages.

Uniquely gifted as an evangelist, Mark effectively communicates the gospel to the lost so they can be saved, and to the saved so they will get fired-up to reach the lost! “The most exciting thing,” Mark says, “is that they actually go and do it!” Many people respond to Mark’s talks saying they finally feel equipped to share their faith in Jesus Christ! 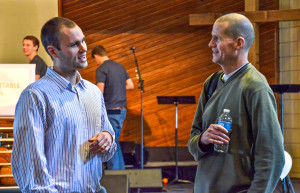 Mark is a highly sought-after speaker whom the Lord has used Mark to equip and encourage thousands to boldly stand up for what they believe. Jesus stood up for us on that cross 2,000 years ago and we need to do the same today!

Like few others, Mark can motivate and unite believers and churches in both evangelism and making disciples for Christ. The impact of his 17-year evangelistic ministry can be seen in the many testimonials of pastors and people whose lives have been forever changed after hearing him speak. 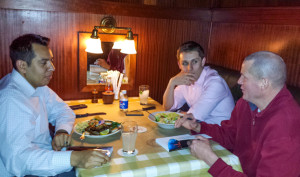 “What I love to do most,” Mark says, “is share my faith.” Both believers and unbelievers alike will be motivated to take God and eternity seriously. They are touched with the real-ness of God and the sacrificial love of Christ after hearing the compelling stories Mark shares about his encounters with the lost. Many are moved with compassion to reach out to the perishing after hearing him preach just once. 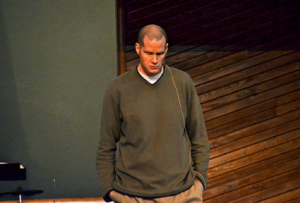 Mark Cahill has spoken throughout the United States and Canada training Christians how to fulfill the Great Commission. Many just need the tools, encouragement, and nudge to do so. After hearing Mark speak, many churches have given feedback saying that he has done just that! Mark’s talks leave the Christian feeling encouraged and prepared to step out in faith with great boldness.

Read what others have been saying after hearing him speak by clicking here!