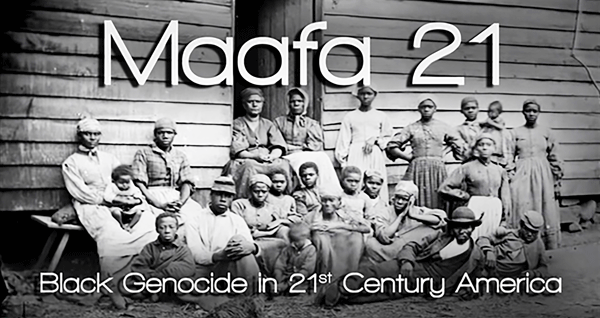 As Washington D.C. gears up for its annual “March for Life” event scheduled for January 21st, now, more than ever, we are reminded of how precious every human life is. Every person is made in the image of God, which means our Creator loves each and every one of us, including babies in the womb. Since all human life carries such significance, it is disgraceful and devastating for any nation to sanction the murdering of unborn babies. 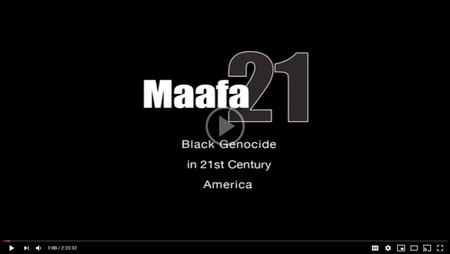 This is a great video for everyone to watch in January to remind us of how an untruth, such as Darwin’s “Survival of the Fittest,” can bring unimaginable brutality to the human race. His unbiblical and unsubstantiated theory about the emergence of human life has been the driving force behind eugenics, population control, sterilization, abortion, and more, as this movie skillfully exposes.

So God created man in his own image, in the image of God created he him; male and female created he them. And God blessed them, and God said unto them, Be fruitful, and multiply. . .

Could “Survival of the Fittest” be causing similar trouble today? When the sanctity of life is corrupted, it paves the way for those in power to violate human life in other ways. And will some of those abuses be cresting the horizon for us in the not too distant future? You be the judge.

The following quotes, taken from this video, show how dangerous these ideas have been over the last 150 years: 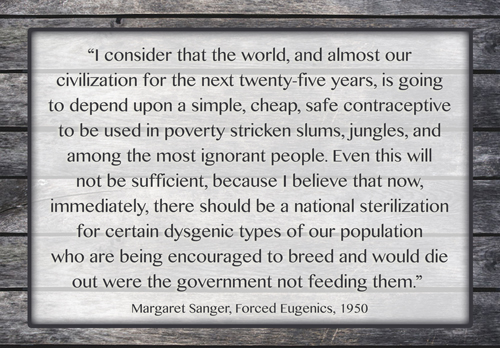 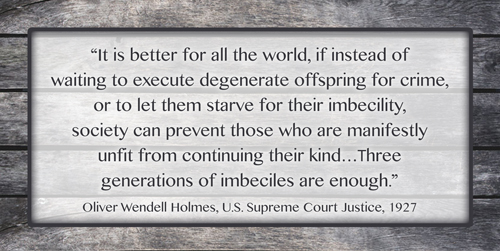 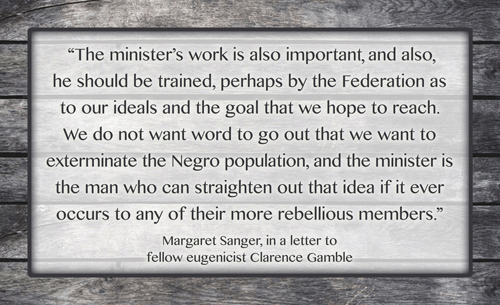 In spite of the horrific pain and degradation that abortion brings to a society, Planned Parenthood continues to recognize and award those who champion its abominable practice of abortion today. Interestingly, the Margaret Sanger Award quietly went away in 2015, the same year they were publicly outed for selling fetal tissue. Now, they recognize those in media who promote their agenda with the Planned Parenthood Media Excellence Award.

Fascinatingly, in light of our current national climate, they have begun cleansing Margaret Sanger’s name from their institution. But, no matter how hard they try, Sanger’s racism cannot be erased from their legacy nor from the history books.

Ideas, especially immoral and unbiblical ideas, have consequences. Darwin’s ideas have impacted our culture and history in ways we can’t even fathom. The abortion agenda is nothing less than genocide, plain and simple. As salt and light, we want to take action to stop the genocide from continuing in our communities and nation.

Ye are of your father the devil, and the lusts of your father ye will do. He was a murderer from the beginning, and abode not in the truth, because there is no truth in him. When he speaketh a lie, he speaketh of his own: for he is a liar, and the father of it.

Maafa 21 is a strong reminder of how people and governments can be influenced for evil when they ignore the truth of God. Satan convinced officials to murder babies during the time of Moses and in the few years following the birth of Jesus Christ. Satan continues to do the same in these final days before the Lord returns. His game plan is always the same. If babies are not protected from his agenda, who might he target next?

We need to trust the God of the Bible and no one else. Anything is possible if you do not know and do not heed the Word of God all the days of your life!