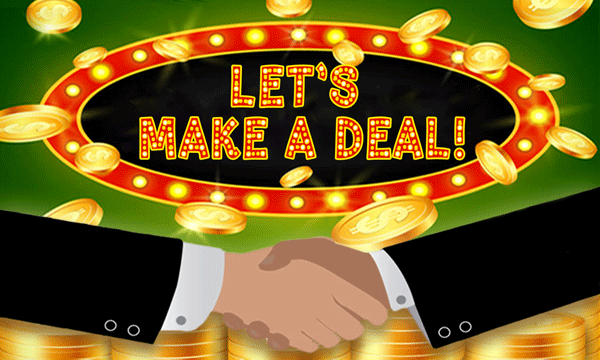 We got a lot of feedback from last weekâ€™s newsletter,Â â€œHe Made the Airplane So Cheap for Me, I Couldnâ€™t Help But Buy It!â€Â which was about the false teachings on TBN and the video about Kenneth CopelandÂ (https://markcahill.org/he-made-the-airplane-so-cheap-for-me-i-couldnt-help-but-buy-it/). The same day, another ministry posted a video that covered the same issues.

Joshua Chavez of the YouTube channel Servus Christi also considers it a defection from biblical truth to partner with TBN, a network that has bilked people of millions of dollars through their false prosperity gospel. He exposes a trail of TBN scandals, cover ups, hush money, lawsuits, moral decay, and even inferred threats of God killing those who go against them. Not only have evangelicals been shaking hands with them for decades, but now some of these evangelicals have forged partnerships with a group called â€œPure Flix,â€ an organization that has worked with TBN to produce two seasons of television shows, has produced and promoted a 2016 Hillsong music film, and even gives a platform to Catholic movies. It doesnâ€™t take much to see where all of this is headed.

In the video, Joshua presents the facts. By comparing his findings to the Bible, he was able to draw sound, biblical conclusions. Emotionally-based opinions can actually pull people away from truth, which you can see throughout the comment section below his video. If the Bereans searched the Scriptures because they knew it was their only source of truth, shouldnâ€™t we do the same? And even if you donâ€™t agree with everything Joshua brings up, the video will still get you thinking.

What kind of comments or feedback would you make if something like this hit close to home? What if it pointed to someone you follow? Someone you idolize? What thoughts would be racing through your mind?

I would really like you to watch this video. It’s very eye-opening and well worth your time: 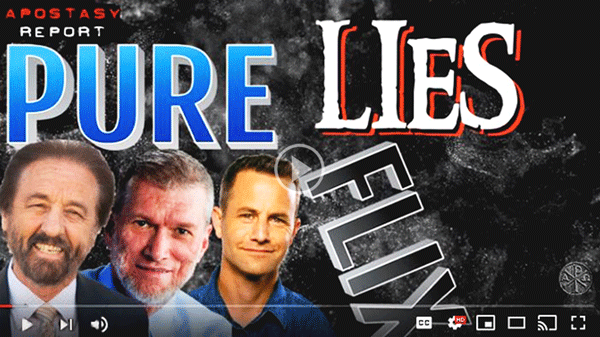 I imagine the over 35,000 people who have watched this video since last week are doing some thinking and asking some questions. Why would someone want to be included in this family of compromisers? Why would anyone go on a show with false teaching and not call it out? Could you sit across from heretics and be silent as millions of people were being deceived? Wouldn’t you be showing your followers that you are fine with those teachers, if you don’t say anything about them? Or do we make deals like,Â “I will scratch your back if you will scratch mine, and we won’t bring up any of the shady stuff?”

What about partnering with and supporting Catholicism? Is that really worth it? This is what TBN, Ray Comfort, Ken Ham, Kirk Cameron, and Pure Flix are doing. It might seem worth it to some for the sake of book sales or subscribers, but it sets the example that Catholics are okay when it comes to salvation and that a false gospel really isnâ€™t a serious problem. Can you picture Jesus, Peter, Paul, Thomas, or John overlooking the doctrines of Rome or partnering with those of a different gospel? If they didnâ€™t, neither should we.

Is compromise ever worth having a â€œbigger platformâ€? Of course, the answer isÂ â€œNo!â€Â Jesus said, â€œI am the way, the truth, and the life.â€ I think that standing for truth is one of the tests God gives us down here, but why are so many people failing this test? What is the true motivation for partnering with those who promote false doctrine? Getting the gospel out? Pride? Mammon? Donâ€™t we understand that compromising truth isnâ€™t worth all the silver and gold in the world?

A pastor responded to our newsletter last week and shared the following personal experience from when he was inside of these circles:

Thank you for openly taking a stand on this issue. I grew up working at a television network, as my mother had her own show there, and that is where I learned to â€œput on a showâ€ from a very young age. This meant seeing the â€œbehind the scenesâ€ of many such as Kenneth Copeland, Benny Hinn, Joyce Meyer, and many more.Â

The network that hosted my mother and TBN were in fierce competition for the heavy hitters of heresy. Of course, I was blind to it all. The adultery, fornication, abuse, drug use, theft, and even the foul language were what I thought was the norm in Christianity, not to mention all of the false doctrine.Â

It was 10 years ago, while I was pastoring a church and teaching at the local Bible college, when I was born-again and God radically changed my hypocritical life and prosperity-gospel foundation.Â

I thank God for the insight He allowed me to live through so that I can warn others of the same. Praise God for your ministry and for the impact you are having both in reaching the lost and spurring others to do the same.

Once again thank you for your boldness in Christ and your encouragement. Â

People on the inside of organizations like TBN who ultimately leave have it figured out. They canâ€™t put up with the â€œshowâ€ any longer. So why canâ€™t outsiders figure it out? Insiders who leave feel compelled to warn outsiders to stay as far away from these charlatans as possible. But if youâ€™re on the inside and go along with the â€œshow,â€ you wonâ€™t speak against it because you have become part of it. Can you believe that, in the video, the head of TBN inferred that two people died because they went against his ministry?

OneÂ of the gentlemen mentioned in Joshuaâ€™s exposÃ© once spoke at a church a few months before I did. The associate pastor explained how he liked that I blessed his people, gave someone a book if they didnâ€™t have the money, and told people to take money out of the donation box if they had a financial need. Then he told me how the other speaker had arrived with pallets of products to sell and a bunch of cash registers! That did not sit well withÂ him.

AnotherÂ gentleman, mentioned in Joshuaâ€™s video, had included in one of his books being baptized in the â€œholy spiritâ€ and speaking in unbiblical tongues. Then he removed it from future printings, so I asked him why he did so. He said, â€œBecause Baptists wouldnâ€™t buy the book.â€ So because he received complaints and would lose sales, he compromised what he believed for the sake of gain. By the way, isnâ€™t eternal truth more important than sales, if that is what youÂ believe?

Is truth ever expendable when it comes to ministry reach and opportunity? Again, the answer is a resoundingÂ â€œNo!â€Â Remember, Jesus taught that you cannot serve both God and mammon and you will love one and hate the other. So make your choice, and run your life and ministry accordingly. And, if you are saved, the real question is: How are you running your life, and who is getting the glory? Sometimes I wonder if it’s going to be a real surprise in Heaven when people hand Jesus all of these works, but they are rejected because they weren’t done in truth.

Sadly, it seems that more and more false teachers are joining together these days and deceiving unsuspecting believers. Being unequally yoked, fellowshipping with error, and promoting false teachings are forbidden in Scripture. Itâ€™s a partnership you do not want to be part of. What if the biblical admonitions not to partner with error are â€œthe brakesâ€ God has provided to keep ministries from compromising and to keep the message pure? Another thing to think about is that false teachings and sin seem to be closely linked together. 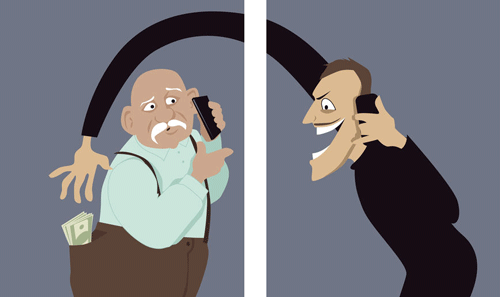 And what if Godâ€™s design for ministry revolves more around personal one-on-one encounters than around large scale operations? What if people are turning a blind eye to the gamesmanship going on, not realizing that the money God gave them for personal ministry is being pulled out of their pockets and going to the wrong places? What if God has given them those resources so they can be a blessing to others and give them the gospel materials they need?

No man can serve two masters: for either he will hate the one, and love the other; or else he will hold to the one, and despise the other. Ye cannot serve God and mammon.

And through covetousness shall they with feigned words make merchandise of you: whose judgment now of a long time lingereth not, and their damnation slumbereth not.

Remember to QEQE. We should be questioning everyone and everything. Let us know what you find out when you contact these ministries to ask them why they are partnering with false teachers. We need to be alert and always side with the truth of the Bible. We do not want to compromise with false teachings and gamble that the Lord will overlook that compromise. Today would be a good time to start putting these things into practice.